SIG afficianados at SIG Sauer Guns and Accessories blogged about an upcoming addition to the SIG lineup, the P227, a double-stack version of the P220. We have contacted SIG and confirmed that this rumor to be true, and that SIG will be launching the P227 at the 2013 SHOT Show. Not all the final details have been hammered out, so there is still some room for speculation.

We do know that with a capacity of 10+1 rounds of .45 ACP and with 14-round extended magazines, this handgun is already going to be a success and we don’t even have proper photos of it yet.

They report that the P227 is likely to be offered in three models, a full-size P227 with a 4.4-inch barrel, one with and one without night sights, and a 3.9-inch Compact SIG Anti-Snag model with night sights. SIG’s SAS handguns are dehorned, with the sharp corners rounded off, and are inteded for concealed-carry and come without a Picatinny rail and with night sights. 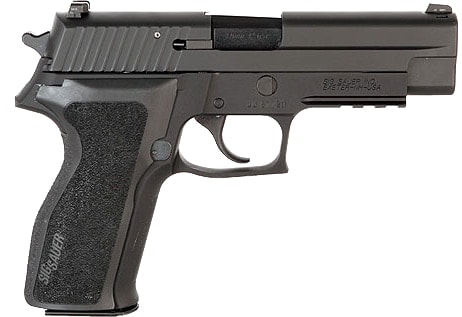 The P227 will be parts-compatible to a large degree with the P220 and you will be able to swap slides between them. They will likely use E2 grips to keep the grip size down. Double-stack .45s are usually on the girthy side and anything to slim down the grip will be welcome.

Prices have not yet been written in stone but they are likely to be priced in-line with SIGs other classic P-series pistols, but of course we wouldn’t be surprised if, by virtue of being shiny, new and awesome will command a bit of a price premium at first.

Actually, the only thing that could hold this gun back is SIG. When they announced the P224 people were ready to buy the instant they got word. However, the execution and delivery wasn’t great. Instead of a 9mm DA/SA concealed-carry pistol with the new, slender E2 grips, they produced a DAK pistol chambered in .40 S&W with chunky “Extreme” grips. 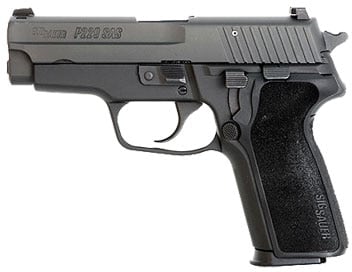 And even with the group of buyers who wanted that exact configuration, availability of the pistol was practically nil. We really hope the case isn’t the same with the P227.

With the P227, SIG needs to bring a DA/SA decocker handgun true to the original P220, just now with a much greater capacity. Down the road they can come out with a SAO model and a DAK for those crowds, an Elite model and a Stainless version, but to launch the gun right they need to stay with their base. SIG is aware of this and is likely to quite literally stick to their guns and kick off the P227 with traditional configurations and controls.

The P220 was developed in 1975 to replace the WWII-era SIG P210 standard issue with the Swiss military, and is the first and original model of what is considered today to be the “classic P-series” SIG pistols. All the other designs are derivatives of the now-iconic P220.

We still have some waiting and seeing to do, and we look forward to every bit of it. It gets the name P227 because it will be similar in size to the P226, even if we think P221 would have made more sense. It will fit in standard P220/P226 holsters.