So you are a Navy SEAL crawling around deep in the enemy’s back yard. You are vastly outnumbered which means your primary weapon is stealth. You are a shadow—you have to be if you expect to get out of this alive. The thing is, the enemy’s camp has dogs that are bound to bark. What do you do to keep hidden?

What was the Hushpuppy?

Today the US Navy’s 2000+ Special Warfare operators, commonly referred to as SEALs for their mastery of SEa, Air-and Land insertion and extraction techniques, are 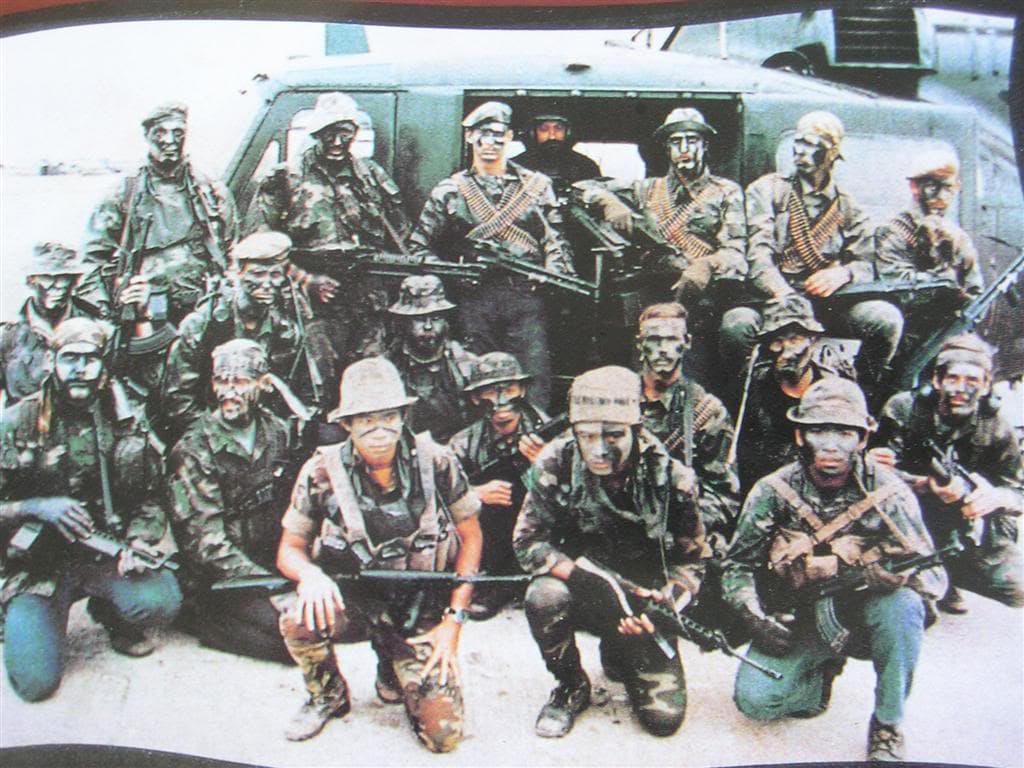 well-known. In the 1960s, however the concept was brand new and just a few hundred men formed two small teams of frogmen. The majority of these divers, trained to fight in small groups, were forward deployed in a nice slice of green hell and brown water known as Vietnam.

Operating in an intensive and unforgiving environment, these early Seals were always on the lookout for non-standard firearms to help give them an edge. Besides the myriad of standard-issue military weapons in Uncle Sam’s deep closets, the Seals used Swedish K-guns, commercial shotguns, and non-standard pistols.

Among these was the Smith and Wesson M39, a 9mm handgun. Originally bought as a commercial off the shelf design this compact semi-auto pistol was coupled to an effective detachable suppressor and dubbed the Mk 22. Since its use was in taking out sentries and the occasional yapping stray dog, it was commonly referred to as the Hush Puppy.

Carl Hellstrom at Smith designed the S&W M39 in the early 1950s. It was a lighter pistol, at 28-ounces than the popular (and heavy at 39-ounces) Colt 1911 style semi-autos of the time period. Unlike the 8.25-inch long single-action Colt, the DA/SA M39 fired the 9x19mm parbellum round and carried eight of them in a single-stack magazine. With a 4-inch long barrel, the all-steel S&W auto loader came in at 7.55-inches overall. Borrowing ideas from several past designs, it used a cammed barrel-dropping design with a Browning-style lock up and Walther surface controls for reliable operation. 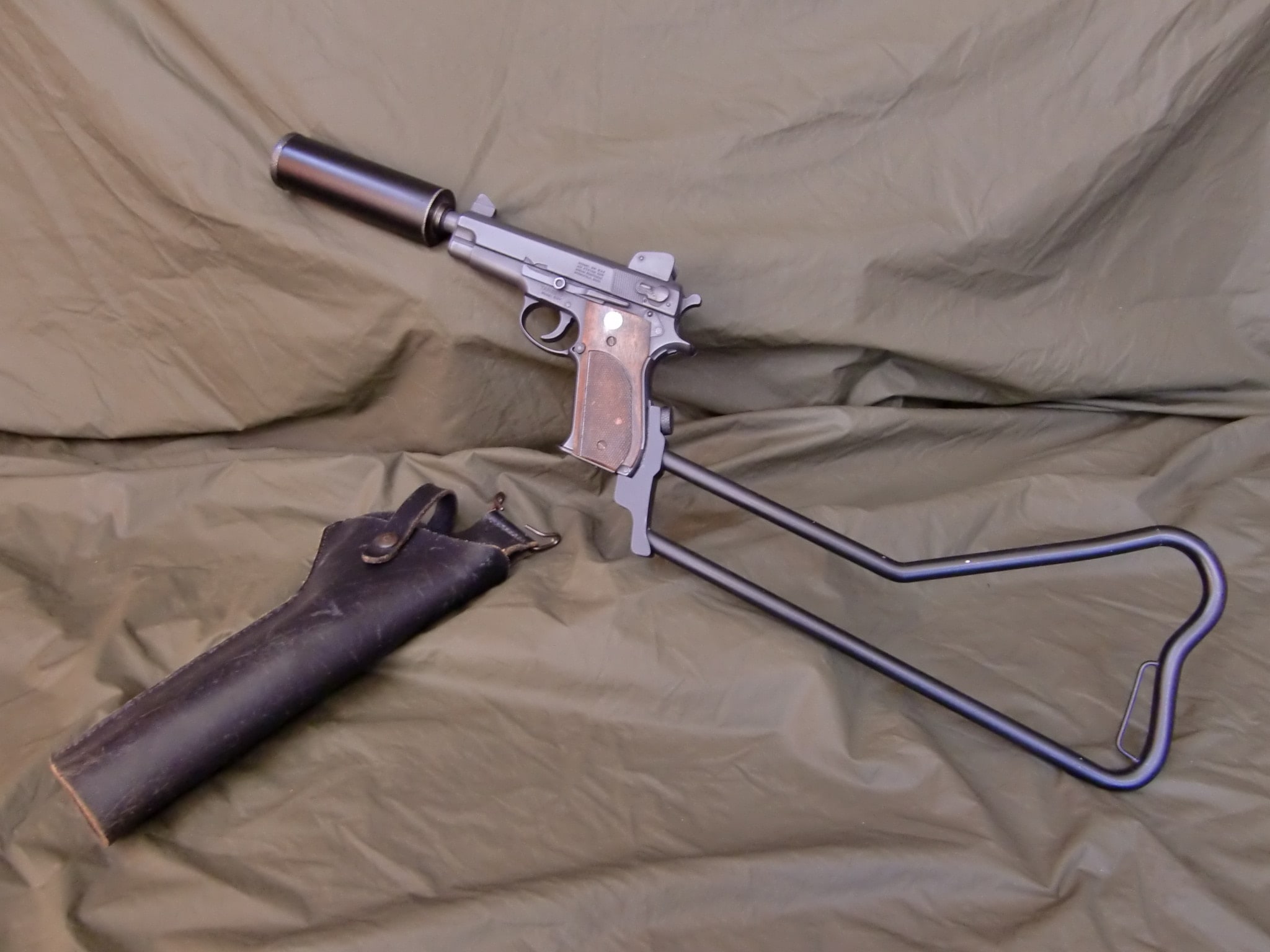 Illinois State Police adopted it for duty use in 1967, the first large US law enforcement agency to adopt a semi-auto pistol as standard. This brought the gun to the attention of those in the Department of the Navy who bought the M39 in a small batch for testing.

The special warfare community inherited these guns and began issuing them out among SEALs in Vietnam who already had supplies of 9mm on hand for their K-guns. Originally, these guns were carried as sidearms with only a few given the Mk 22 modification to operate as a suppressed special purpose pistol.

accept the screw-on suppressor can. The slide was replaced with one that had pronounced high-profile front and rear sights that could be used accurately with the suppressor attached. A skeletonized butt stock was designed that could be attached to the pistol grip, giving the gun increased accuracy. The pistol grip itself was modified to use a 13-round double-stack Browning HP magazine to increase firepower. A holster was issued to carry the whole affair assembled and ready for use. The frame was modified with a slide-lock that would keep the top end of the pistol securely closed when firing. This feature turned the pistol into a single-shot weapon but eliminated the “click-clack” sound of the slide cycling when the gun was fired. This was important because, due to the very effective suppressor, the slide was the loudest part of the gun.

Labeled as the Mk 3 Suppressor, the silencer used with the Mk 22 to make it the Hushpuppy is perhaps the weapon’s most impressive achievement. A screw-on can style 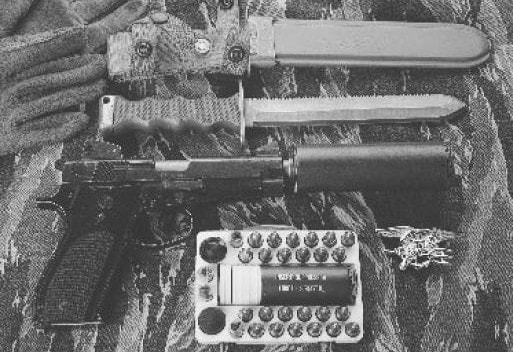 suppressor, it was five inches long and weighed just 8-ounces. To keep the can clean and water out (remember these were built for combat swimmers) a phenolic chamber plug and muzzle end cap was issued to be removed before firing. Special Mk 144 158-grain green-tipped FMJ rounds were issued with each gun. These superfat 9mm rounds with Super Vel headstamps traveled at subsonic (less than 900fps) speed to not produce a ‘crack’ breaking the sound barrier.

The device used thick rubber wipes that were only good for about thirty rounds. Therefore, each 26-round pack of ammo (enough for two magazines) included a new suppressor insert tube to replace the shot out internals of the can.

Overall, with the suppressor attached, the pistol was 12.75-inches long. Total weight of the system including the suppressor, pistol, and loaded 13-round magazine came in at a respectable 40-ounces (almost the same weight as a Colt 1911).

While the actual exploits of the Mk 22 Hushpuppy are still classified, it is believed that it 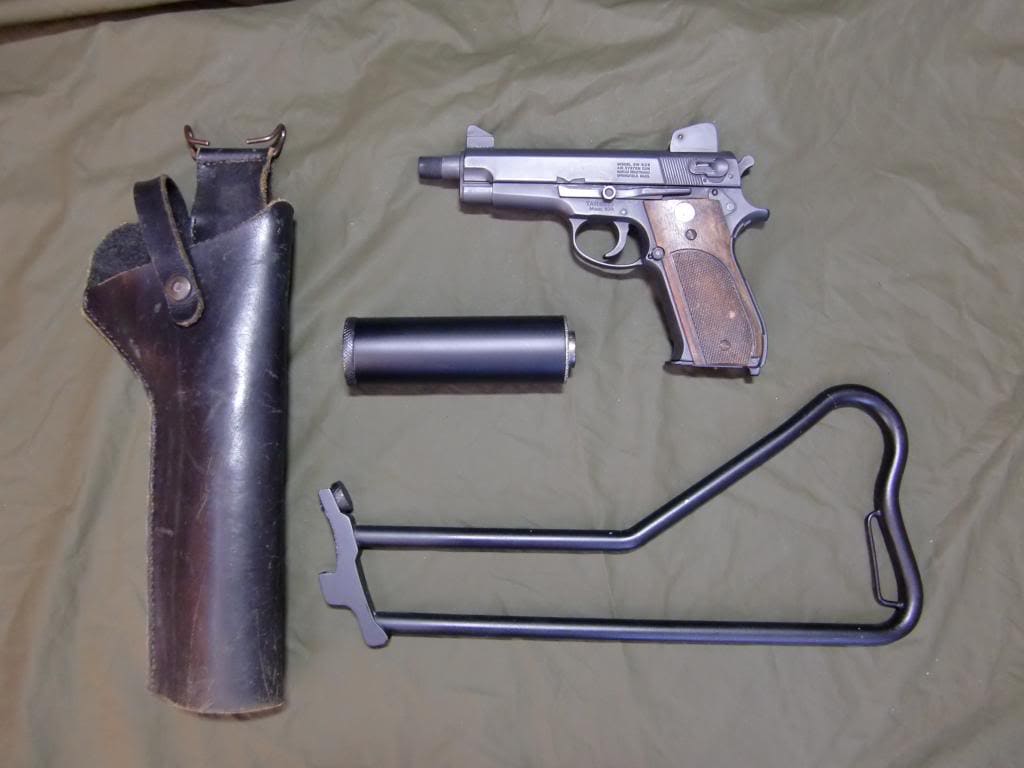 was used in operations and remained in the Navy’s arms lockers through the end of the Cold War. A few are around as museum pieces; a tribute to a quieter time in the SEAL’s past.

Smith and Wesson kept producing the same old single stack M39 updated with a lighter alloy frame. They later ran with the double-stack Mk 22 design that it produced on spec for the Seals and marketed the M59 pistol based on this relationship. This gun led directly to the classic Smith wondernines of the 1980s and 90s.

Today the Navy still issues a suppressed offensive handgun, the Mk 23, to its special ops guys. This gun, adopted in 1991, is made by HK and shoots .45ACP through a much more durable suppressor.

In concept, it’s more or less the Hushpuppy…part 2.