In the late 19th century, law-abiding citizens then as now needed to carry a concealed firearm from time to time for self-defense.

Perhaps the most popular trait in a concealed handgun is in its ability to actually be concealed and up until this time, the only options were small revolvers and derringer type pistols.

Around 1882 a new type of handgun, a palm pistol was introduced and lived a surprisingly long life.

What is a palm pistol? 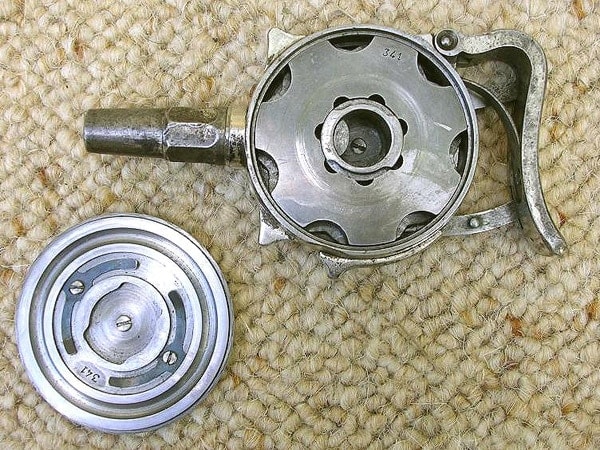 French Protector with cover off.

Instead of a traditional trigger actuated by the movement of a finger, a palm gun was simply squeezed to fire. The barrel was pushed through the closed second and third fingers while the rest of the hand concealed the gun itself.

Absolutely no sights were fitted to these unique classes of guns, being intended for point shooting at extremely close distances. Of the few designs that ever made it to production, most used very weak black powder rimfire rounds with anemic performance.

Still, even a weak gun was better than no gun at all (especially when fired at point blank range) and these palm guns were popular for decades.

In 1882 the French firm of Systeme E. Turbiaux began production of Le Protector, a very curious 7-shot handgun that was fired by squeezing it in the palm of your hand. Looking 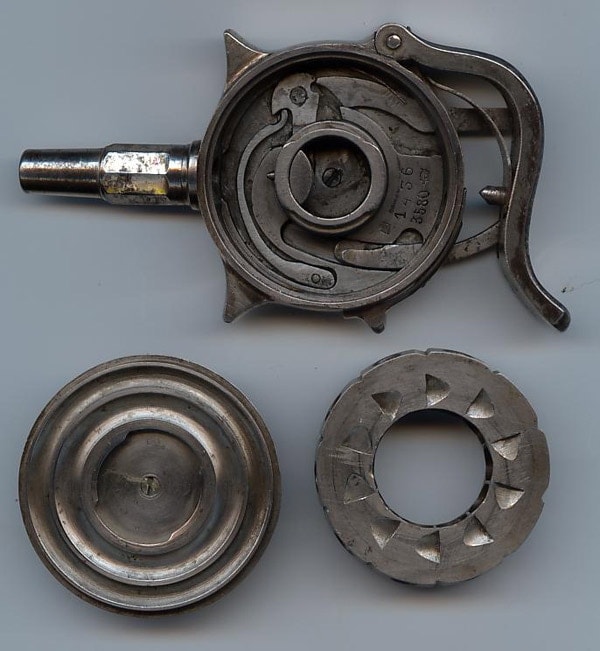 Turbiaux protector with cover off. The round disk is a star shaped cylinder that held the rounds.

to the rest of the world like a can of snuff or an ornate hockey puck, the main body of the pistol was completely disk shaped with a circumference of about 2.5-inches. To this was added a lever that, when depressed against the back of the palm, fired the gun.

Opposite from the firing lever/trigger, a 1.75-inch smoothbore octagon barrel protruded

out the business end towards the target. Every time the gun was squeezed, fired, then released, the rotary spring action would cycle to the next 8mm round in the ring magazine until all seven had been fired. For those who wanted more shots, they also made a 6mm version that fired a round smaller than today’s 22CB, but held ten of them. A simple safety lever kept the trigger from being depressed until switched off.

The inventor, one Jacques Edmond Turbiaux, seems to have faded away by the 1910s but these neat little guns go for over $2000 at auction today. J. Duckworth of Springfield Massachusetts made 3500 of these guns under license in 1892 as the Minneapolis Palm Pistol and untold more under the banner of the Ames Sword Company of Chicopee Falls. If you find one of these US-made versions, they can often go much higher than the Frenchies. 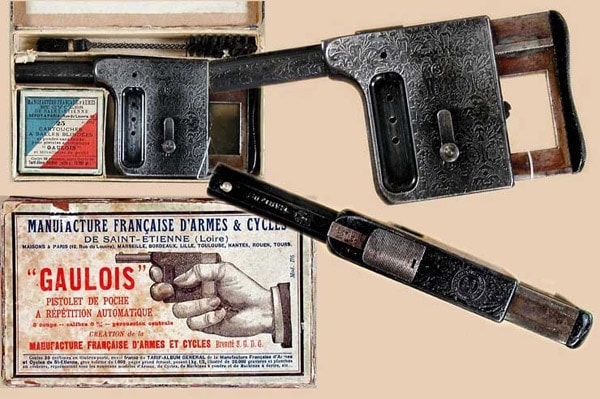 The well-known firm of St. Etienne/ManuFrance, roughly the French 19th century version of Sears, produced an even simpler and more industrial palm squeezer, named the Gaulois. Put into production in 1896, they seem to have fallen out of favor by 1911, replaced by Velo Dog revolvers.

Where the Protector was round, the Gaulois was more nearly square in frame ergonomics and fired a cute little 8mm short black powder round.

Made with an overall casehardened blue finish, the grips were simple checkering. A 3-position safety took a moment to figure out before the gun could safely be squeezed to fire, but this simple 10-ounce a five-shot semi auto pistol was perhaps the most effective of all the French palm guns. They were made in four different grades that varied from the simplest which had plain bluing and rubber grips, to the top grade, (a certifiable pimp gun) with a Damascus steel barrel over a nickel finish.

Today these guns tend to run $800-ish at auction, keeping their place to this day as a cheaper version of the Protector

A dead ringer for the French Le Protector, the Chicago Firearms Company under one Peter Finnegan produced their own 7-shot Improved Protector squeeze-action pistol with 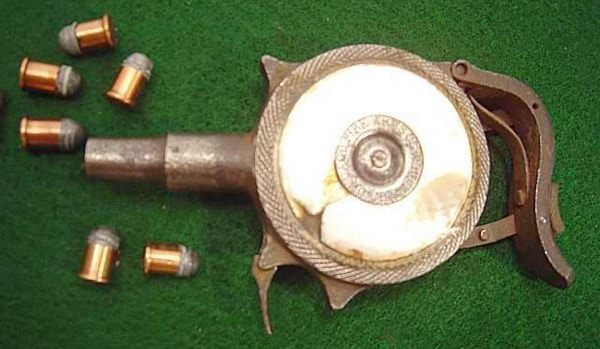 a rifled barrel starting in 1893. It’s not known if Jacques Edmond Turbiaux had anything to do with this design, but typically patents expire after about ten years and this piece went into production 11-years after the French one (French patent 149466).  Just saying.

Usually sold with in a nickel finish, these guns were .32 Rimfire Extra Short, with velocities approaching that of a high-end nerf gun. A grip safety on the middle finger rest keeps the gun from being an accidental discharge waiting to happen. More than 12,000 of there were made and are very popular among odd firearm collectors as they are extremely collectable: fine examples fetch over $3000 when in good condition at auction. 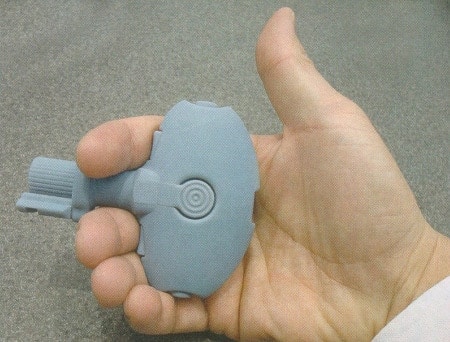 In 2011, Constitution Arms began to test their prototype Palm Pistol. A 13-ounce single shot 38 SPL that uses lots of modern polymers, the Palm Pistol looks like a modern reboot of the old French Protector.

Using a thumb-activated trigger the CA Palm Pistol is not yet in production but is promising, especially for arthritic individuals, those with repetitive stress injuries, or carpal tunnel syndrome who still desire access to a firearm for self-defense

I just hope Turbiaux isn’t still around somewhere, this could end badly.