The Buntline Special: The Colt shooter's holy or false grail?

There’s a good chance that if you have heard of a gunslinger Wyatt Earp, you have also heard of his famous long-barreled Colt Single Action Army.

According to the scrolls, this huge revolver was ordered by pulp fiction writer Ned Buntline specifically for lawman and pistoleros of the Old West era to help get them through rough spots. The thing about this legend is Buntline probably never had anything to do with these revolvers (that now bear his name) and Wyatt Earp may not have ever carried one. Nevertheless, that doesn’t keep them from being possibly the most expensive and collectable revolvers in the world. 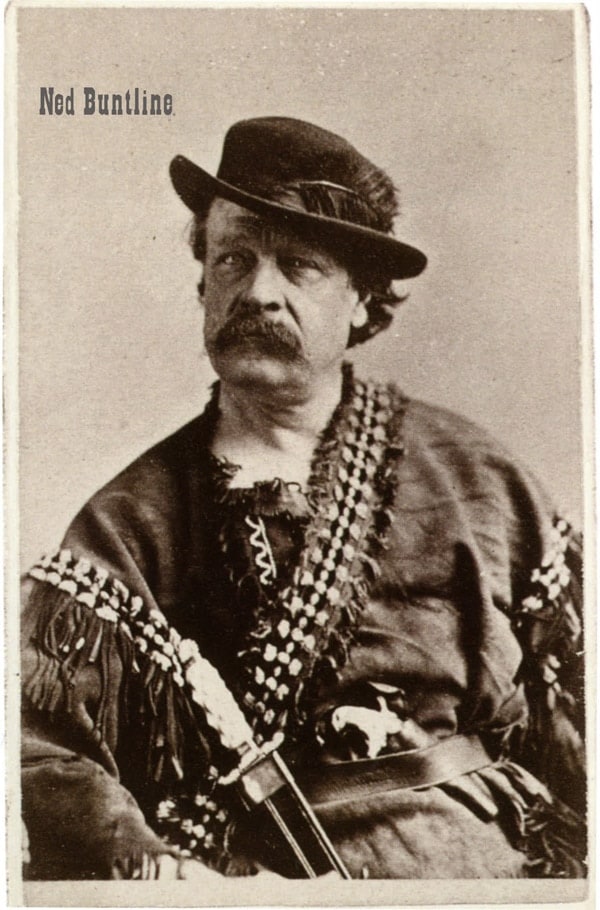 Edward Zane Carroll Judson but better known to the world as Ned Buntline.

scribbling short stories that he sent off to any newspaper he could find an address for and soon took up the penname Ned Buntline.

Buntline himself became a colorful character on par with the characters in his fiction. He caught two murderers in Kentucky, was thrown out of a cavalry regiment in the Civil War for drunkenness, and instigated a riot that left 23 people dead. Married no less than six times, old Ned had quite a way with words and authored hundreds of dime novels, short stories, and newspaper articles.  This witticism also made him a lot of friends; Ned hobnobbed with Buffalo Bill Cody for a time and embellished his exploits across the West.

Buntline was a huge boaster and teller of tales and one of these was that he had personally ordered five specially made Colt Single Action revolvers with 12-inch barrels that he passed out to his lawmen “friends”. With the grips engraved subtlety with ‘Ned’, he claimed to present these five guns to some of the most famous gunfighters in the West including Bat Masterson, Bill Tilghman, Charlie Bassett, and Wyatt Earp.

Even though this is largely thought to be a myth, it has been reported often enough as fact to thoroughly confuse gunwriters across the country with many still unsure if the guns actually existed or not.

Design of the Buntline

While probably not designed at the request of, nor ordered by Ned Buntline, Colt did produce up to 30 long-barreled Single Action Army revolvers in 1876. The gun has a special frame that will accept a nickel-plated skeletonized buttstock with a special screw attachment. On the top strap of the revolver, there was a fold-up leaf rifle sight. The guns all fall inside serial number range 28801-28830 in the Colt SAA series.

These .45 and .44 WCF Colts were originally came from the factory with extended barrels in 9, 10, and 16-inch forms (note, not 12-inches) with very few of each made. Colt put these on display in 1876 as “Buggy Rifles” and additionally offered them as special orders at $1 extra per additional inch past the 7.5 mark.

However, these guns spent most of their time as salesman samples, likely more demo guns than Buntline’s presents to outgunned lawmen. They were often not sold at all but 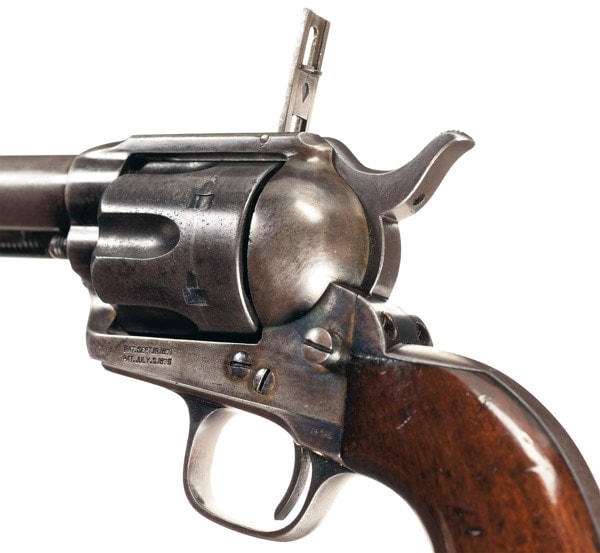 Fold up rear ladder sight on a Colt Buntline Special.

rather set aside as presentation pieces for Colt and instead of being gifted to gunfighters like Earp, Masterson, and company, they were typically given to key retiring Colt factory employees in the late 19th century.

It wasn’t until Wyatt Earp biographer Stuart Lake picked up on the old Buntline story for his 1931 book (long after both Earp and Buntline were dead), that the guns were first referred to as ‘Buntline Specials.’ Lake even writes that these guns all had 12-inch barrels, even though none of the 30 or so known Buggy Rifles were made as such.

Earp did carry a long-barreled revolver at the famous Shootout at the OK Corral, but it was an 8-inch S&W .44 given to him by the Tombstone mayor, not one of Ned’s guns.

Starting in 1957, Colt realized the huge cult of personality surrounding western guns and 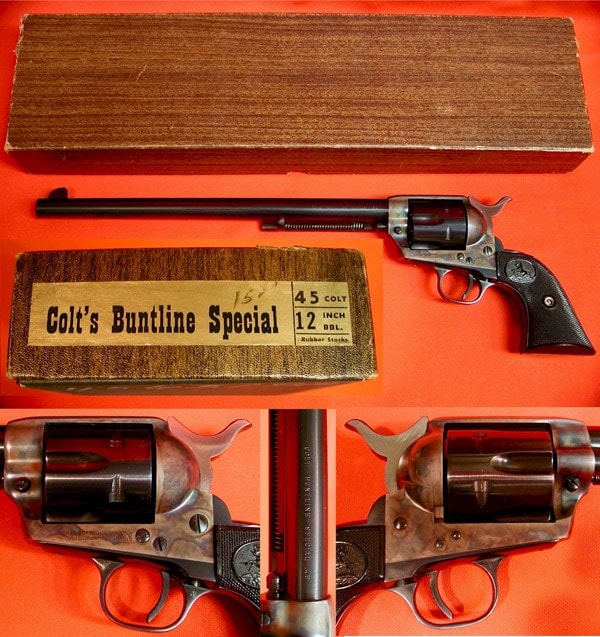 Wyatt Earp himself and saw the dollar signs. The top eight rated television shows that year were: 1. Gunsmoke, 2. The Danny Thomas Show, 3. Tales of Wells Fargo, 4. Have Gun Will Travel, 5. I’ve Got a Secret, 6. The Life and Legend of Wyatt Earp, 7. General Electric Theatre, 8. The Restless Gun. When you look at this it’s easy to see why Colt thought bringing back the Buntline was a good marketing idea. It proved to be such a highly sought after piece that the company kept them in low rate production as late as 1992. Unlike the 1876 guns, these were marked ‘Buntline Special’.

The Buntline Colt Single Action is the holy grail of handgun collecting. With so few of these guns out there, they are largely seen in museums.

The 1957-92 made Colt guns will have a much higher serial number than the first generation Buntlines made in 1876. In addition, they all come with a 12-inch barrel standard (just like the fictional Buntline written about in 1931). They were all chambered 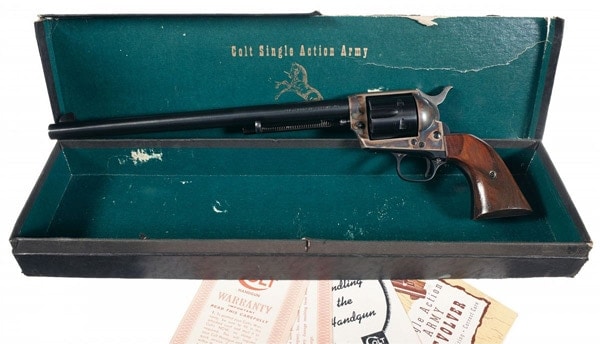 in .45 Long Colt with case hardened frames and either hard rubber or walnut grips. These modern revolvers were sold without the buttstocks of the old models due to restrictions on short-barreled-rifles. Peterson lists the value of these remakes as between $700-$1695 depending on the grade and the year made. This is a far cry from the ‘real deals’ supposedly ordered by the good Mr Buntline, that are nonetheless highly sought after.

Uberti sells the 1873 Buntline Carbine and Revolvers for $600-$829 MSRP. Even though an homage to a gun that probably never really existed, they have carried Buntline’s legacy into the 21st Century.

And I’m sure a paperback writer like Ned would have wanted nothing less.