Stout and strong, these little revolvers are built like their namesake canine.  With connections to a presidential assassination, an eccentric general and the Wild West, British Bulldogs may be the most collectible uncollected guns on the market.

British Bulldogs are cute but mean, bark with bite.  I recently came across a pair of unmatched, but nonetheless beautiful Belgian-made Bulldogs, which made me wonder why I knew relatively nothing about them.  The well-kept secrets of these dogs are finally off the leash, as the previously un-collected British Bulldogs are beginning an upward trend on the firearms market. 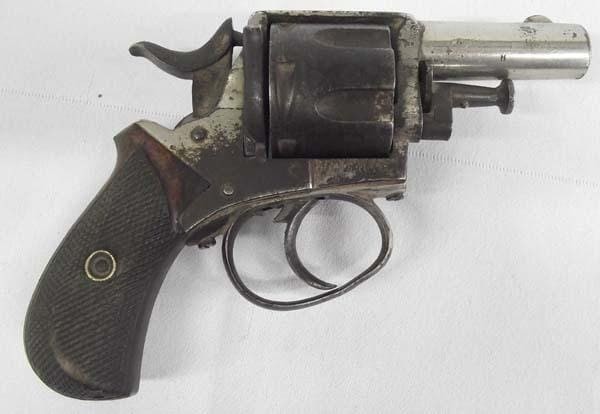 The pocket revolver known primarily as the “British Bull Dog” was first produced by P. Webley & Sons of Birmingham, England, in 1872.  Its appeal was so great that the “British” Bulldog was adopted and copied by gun manufacturers in Belgium, Spain, France and the U.S.  Though American-made Bulldogs came from the armorers Iver Johnson, Harrington & Richardson, Forehand & Wadsworth, and several other makers who quickly went in and out of business, the Webley versions are rightly considered the real McCoy.

Though the revolver remained in production until the WWI-era, the hay day of the Bulldog was in the 1870s to 1880s, a time when it was known its affordability and reliability, consequently making it one of the most popular pocket pistols in both Europe and America.  Though Colt is the brand we all know and love, and their single actions are thought to have fit the hip of near every cowboy, ranch-hand and gunslinger, Colt’s single-actions sold for three to four times the cost of the British Bulldogs.  The inexpensive, yet solidly made little dogs — many of which survive as shooters today — were available to everyman.

Though this little gun has had as many variations and names as it had makers, the general features are quite simple: a 2.5-inch barrel, five-round capacity, double-action trigger, and an overall true small-frame pocket pistol. 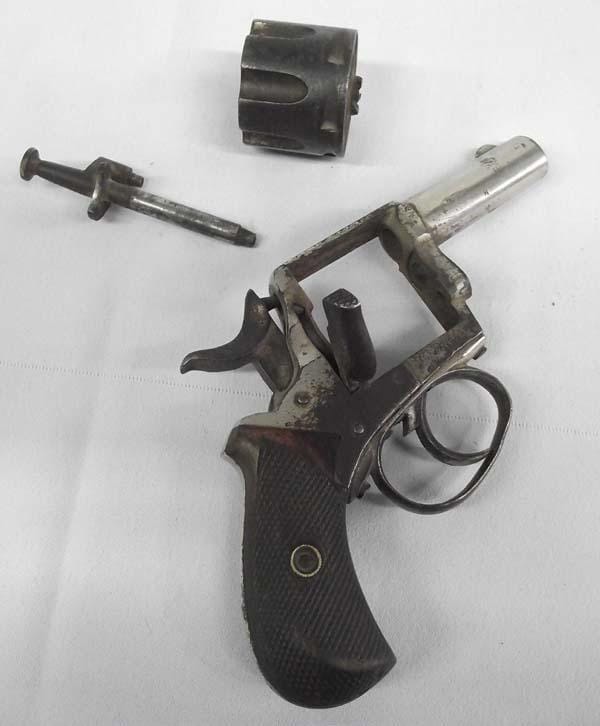 Bulldogs are quickly recognizable by the bird’s head grips, generally made of either walnut or pearl. However, there are many fine examples with sweet ivory grips and delicate engraving.  Most had a blued finish, but some nickeled models have survived as well.  The revolver is generally dressed with simple fixed sights, a large looping trigger guard, curvaceous hammer spur and weigh in around 20 ounces.

Many European Bulldogs were chambered for .44 Short, .442 Webley, .455 Webley and .450 Adams, but there are several smaller variations of Webleys chambered in .320 and .380 calibers, though they were produced much later and were never labeled as Bulldogs.

Both the American and Belgian Bulldogs, which seem to be the most prevalent on the market these days, were readily available in smaller calibers.  Perhaps the most common American clones housed .44 Webley and .38 caliber chamberings.

The Bulldog revolver has connections both famous and infamous in American history, as detailed George Layman’s book “The British Bulldog Revolver: The Forgotten Gun that Really Won the West!”

Probably the most infamous connection places it in the hands of Charles Guiteau, the man who shot President James Garfield in 1881.  Though the wounded President lived for several months under the rudimentary medical care of the time, he succumbed to the pair of bullet wounds almost three-months later.

As the story goes, Guiteau was reportedly furious that Garfield overlooked him for appointment to a federal post and vowed to take vengeance on the President — and to do so with a good-looking gun, but one that could be had on a budget.

Guiteau is said to have used a Belgian-made British Bulldog in .44 caliber, but interestingly there is some debate over whether Guiteau got his wish of acquiring one with ivory grips. As rumor has it, he wanted his gun to look good when it eventually made its way to a museum, but the ivory upgrade cost several dollars more than the walnut model, which sold in the $8 to $12 range.  The gun commonly shown as Guiteau’s model in period illustrations has walnut grips, but the actual gun is, in fact, long gone.  Following Guiteau’s trial, the revolver was on loan to the Smithsonian, but, a short time later, the revolver disappeared and has not been found to this day.  It is unclear whether the gun disappeared during its stay with the museum or sometime later. 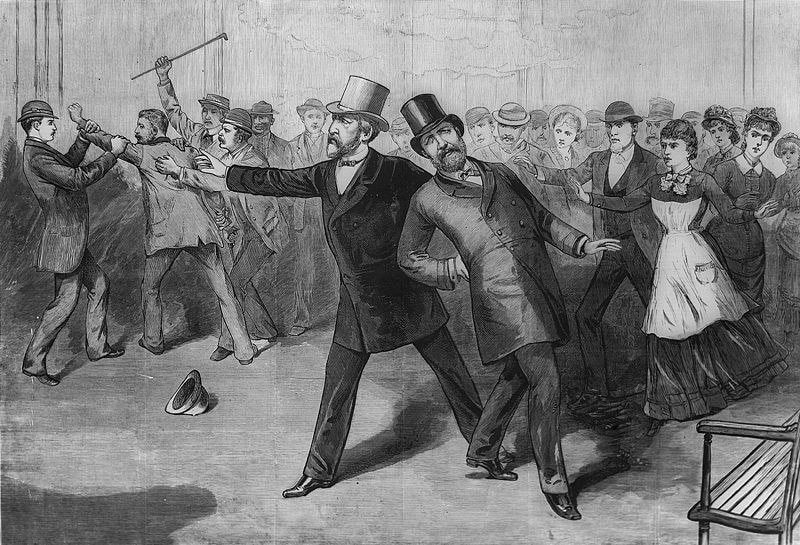 Artist Frank Leslie’s rendering of President Garfield’s assassination. Garfield, center, applies pressure to his lower back as Charles Guiteau, left corner, is being restrained by the crowd and beaten with a cane. (Photo credit: Wikipedia)

In addition to the Garfield-Guiteau history, British Bulldogs found their way into the pockets and holsters of other famous characters.  Gen. George Custer is rumored to have wielded a matched pair of ivory handled British Bulldog revolvers.

A British Bulldog may also have fallen into the hands of William Bonney, aka Billy the Kid, by way of his first employer and mentor, John H. Tunstall.  Whether this gun ever saw any dubious service remains for great speculation, but regardless, the little British Bulldogs were as well traveled as they were well loved.

The large-caliber British Bulldogs, particularly the original Webleys, are considered both the most collectible and generally the most valuable.  As the dogs were true pocket pistols, though often carried, the majority of them saw quite light use.  While the patina on them shows the beauty of age, many survive in surprisingly nice condition today.  Though British Bulldogs will never carry the fame or value of Colt single-actions, the dogs were cheaper yet dependable and thus available to the common workingman. 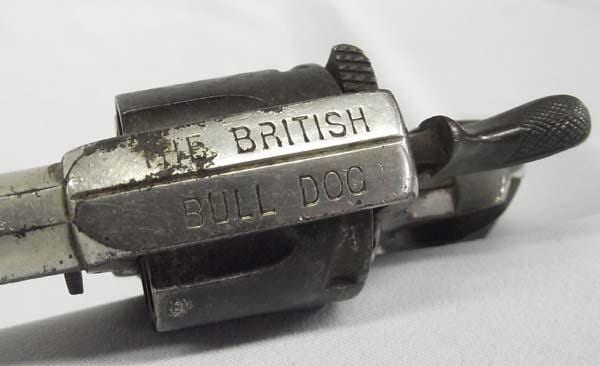 While exceptions certainly exist, the common revolvers can be had in the $75 to $200 range.  Many Webleys or ivory and engraved models command prices in upwards of $1,000.  Multiple British Bulldog models are housed in the NRA’s National Firearms Museum alongside Colts, Smith & Wessons and Velo Dog revolvers.