At first glance, it looks like a throwaway cheapo Saturday night special but the second your hands make contact with this pocket rocket, you know this gun is something far different. 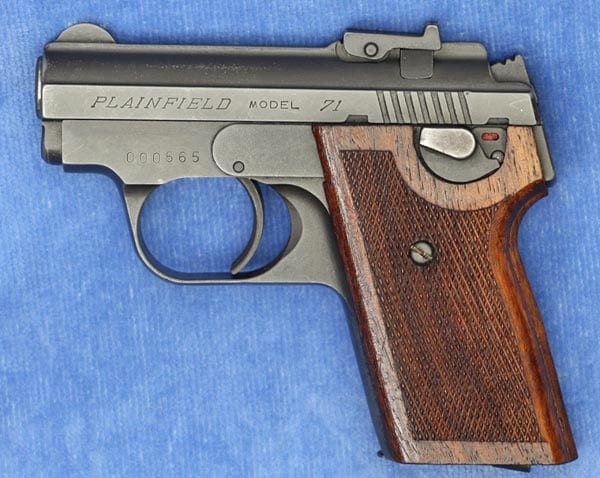 Based in Middlesex, New Jersey the firm of Plainfield Machine Company was one of the many small firms that took advantage of a situation in the 1960s. You see the US Government was liquidating enormous stocks of WWII-era M1 and M2 Carbines along with their spare parts inventories, magazines, extra barrels and everything else that looked carbine-like. This led a few new companies, like Universal, MOCO, and others started making new receivers for these salvaged parts and selling semi-auto carbines as fast as the checks could make it to the bank. Plainfield was one of these outfits and from 1962-1978 they produced some 112,000 M1 carbines for the civilian market.

They also made a couple of pistols that, while quality made, faded into history. These were the Model 71 and 72. 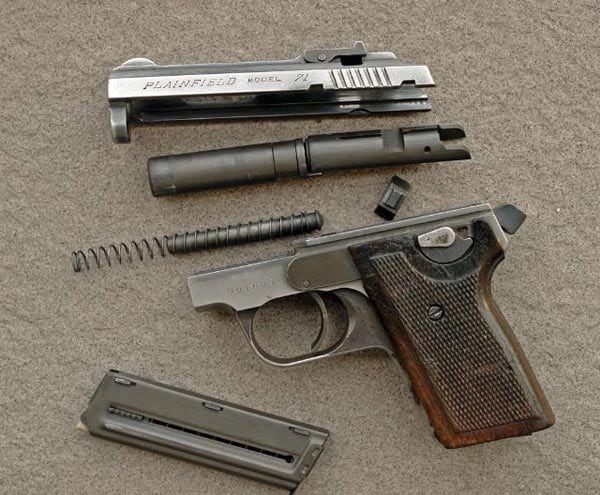 A first for a company that was basically the Century Arms of its day, the Model 71 was introduced in 1970. Designed by Gary Wilhelm, it was a fixed barrel simple blowback pistol, much like the Walther PP and the Beretta Minx. With that in mind, stout ammo has to be used with the pistol to cycle the slide and action, which is a common fault on these types of designs.

The gun was single action only with a hammer locking manual safety.  The caliber choices were 22LR and .25ACP in the same gun; these weapons usually shipped with two magazines, two bolts (one offset for rimfire, one inline for centerfire), and two barrels, one each for 25ACP and the other for .22LR. These could be swapped out during a fieldstripping with no gunsmithing required. 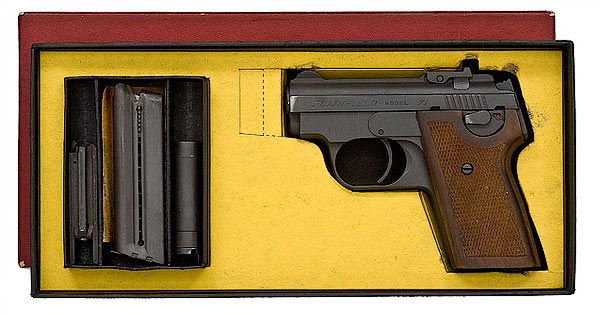 Plainfield pistol in original box with interchangeable bolt magazine and barrel to the left.

It was an all-steel gun that weighed in at 24-ounces, which, considering that it was only 5.15-inches overall with just a 1-inch barrel, made for a pretty dense pocket pistol. The standard finish was a thick military grade parkarised finish with walnut grips.  In relative size, it is about the same profile as a Walther PP, only thicker and shooting a tiny caliber. The trigger was crisp and the recoil, due to the heavy construction and light rounds, was almost non-existent.

Rumors abound that the CIA approached Plainfield in the late 1960s to produce a small framed semi-auto pistol that could use the .22LR (which was common in the US and Latin America) and the .25 ACP centerfire (which was widely available on the market in Europe and Asia as the 6.35x16mmSR). This gun ultimately became marketed as Model 71. 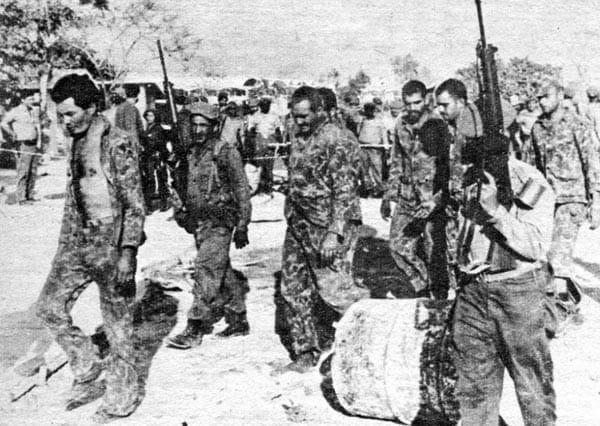 Plainfield may or may not have had a part in the Bay of Pigs invasion.

This could explain the fact that the gun has a European style magazine release mounted on the heel of the grip. The Model 71 is one of the few pistols made in the US by a domestic company with this feature and lends credence to the story that the CIA would use it overseas. If an operative was found with a sterile Plainfield (without markings), the pseudo-European hand controls would not give the weapon away as being American-made. 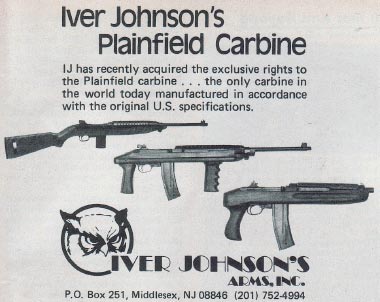 Plainfield itself also had a murky past involving a man by the name of Charles Colle. Colle it seems was a businessman of sorts who paid Plainfield to build new M1 Carbines for Anti-Castro rebels just before the CIA-backed Bay of Pigs Invasion without their knowledge. It stands to reason that if ‘the Agency’ needed some deniable little gatts, a small machine shop in Jersey with a history for doing hush-hush work would be a reasonable outlet for such things.

Spy gun or not, the Model 71 and its aluminum slide cousin the Model 72 was in production up until 1978 when Iver Johnson bought Plainfield and discontinued making the pistol line. The final stocks of the pistols were sold off by 1980. 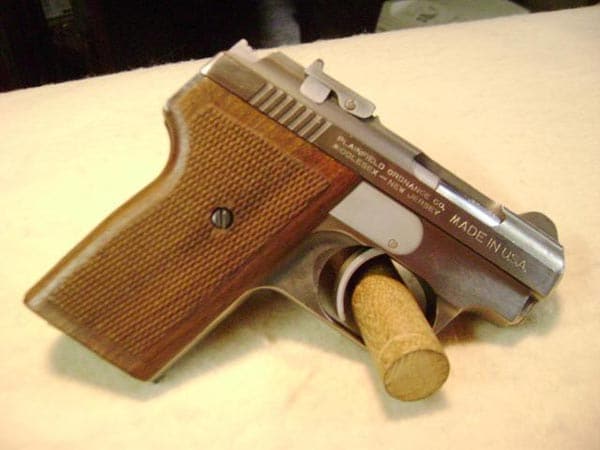 It is estimated that less than 4000 total Model 71 and 72 pistols were made by Plainfield. These disco era .22/.25 guns were never great sellers but their sturdy construction makes them good shooters today. Value of these forgotten sleepers is low, with most the Blue Book and Modern Gun Values listing them from $125-$250. This is in contrast to what the market actually bares for these guns, with nice examples with the conversion parts intact going for significantly more. The field is set for these to increase in value as a funky old gun with certain panache to it. Interestingly enough, Triple K still sells replacement magazines for these little pistols but replacement parts are impossible to find, so keep that in mind if you buy one of these as a shooter. 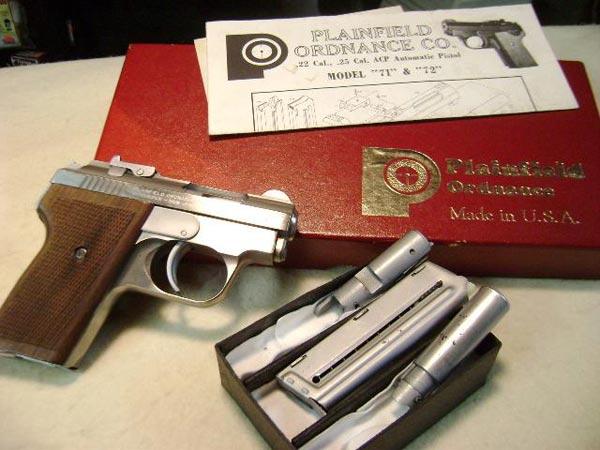 We did ask the CIA to see if they had any parts available.  They could neither confirm nor deny….