Ever since 1975, the world has come to know and love the sleek and downright elegant CZ75 combat pistol. This Czech designed and produced firearm has been cloned probably more than any other modern gun with the exception of the M1911 so chances are you are familiar. One variant you probably haven’t gotten your grubby little hands on though is the full auto one, and that’s a shame.

Why a machine pistol? 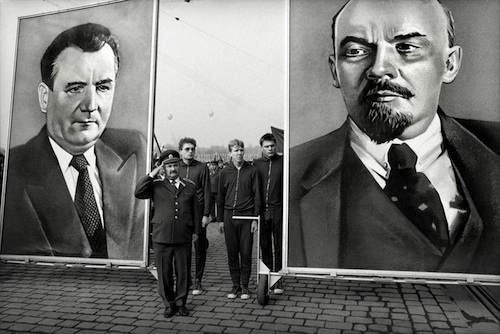 Prague, 1988. Czechoslovakia (now the Czech Republic) always had a more Western tilt than other Soviet satellite states. This can be seem clearly in their history of firearms manufacturing.

The Czech firearms super factory of Česká zbrojovka Uherský Brod (best known simply as CZ) had long been a maker of top shelf firearms that earned the old Communist State of Czechoslovakia hard foreign currency. By 1991, with the end of the cold war and the coming of capitalist freedom to the region, the Czech Republic divested itself of the CZ munitions works and the company began life on its own two feet, as a private entity.

Looking to help push new products out into the world, that could include Western countries without import restrictions, the company looked at two of its bestselling products, the CZ75 pistol and the Skorpion vz61 submachine gun and came up with a novel way to have the first become a new and improved version of the latter. In the early 1990s there was a certain niche market out there for high speed 9mm machine pistols such as the Glock 18 and Beretta 93R, but the CZ’s dated Skorpion design was chambered from the ground up for .32ACP.

Hence: a CZ75 that could sting like a Skorpion. 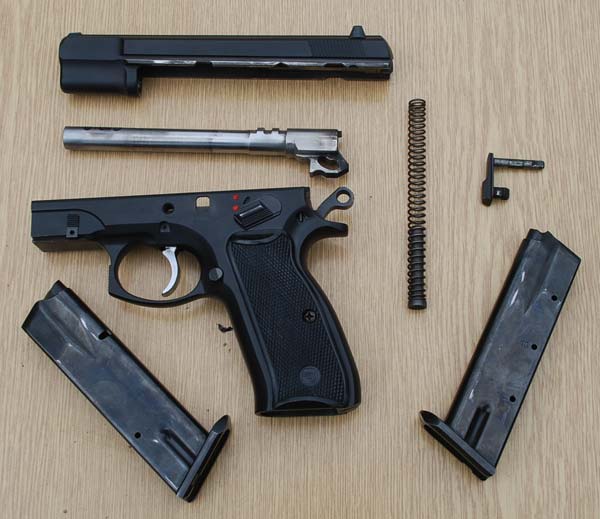 Field stripped, the CZ75 looks almost like a normal pistol. Note however, the three positioned selector switch on the frame. 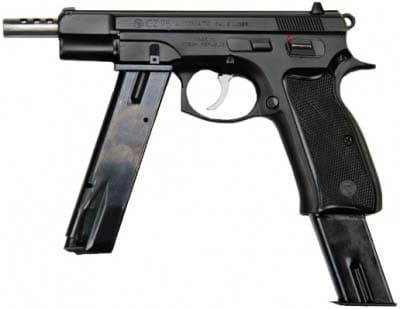 The CZ75 pistol, designed by the brothers Koucky in the 1970s, was then and still is one of the most popular combat handguns of modern times. It was an 8.1-inch long double stack double action 9mm that weighed in at a hefty 39-ounces. Its 4.7-inch titling barrel, coupled with a low bore axis and short-recoil operation gave it respectable accuracy. It was the basis for a number of clones including Colonel Jeff Cooper’s Bren 10, IMI Jericho, and the Springfield Armory P9. 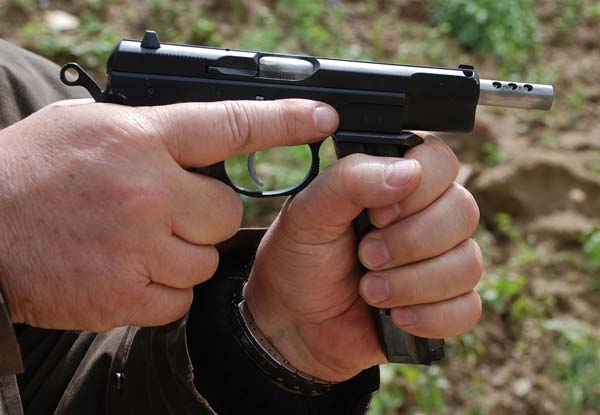 Modifications to the basic CZ75 were accomplished quickly. A simple internal sear, controlled by a select-fire switch on the left hand side of the frame could transition the weapon from semi-auto (DA/SA) to 1000-rpm full auto. To keep the weapon fed, the standard 16 shot magazine was swapped out for a 25 or 30. To provide a modicum of “controllability” to this portable flamethrower, a special 5.77-inch barrel extended out an inch past the slide, and ported to keep the gun on target using muzzle blast. The frame was provided with a dimple just forward of the trigger guard to hook a modified spare magazine into to serve as a makeshift fore grip. 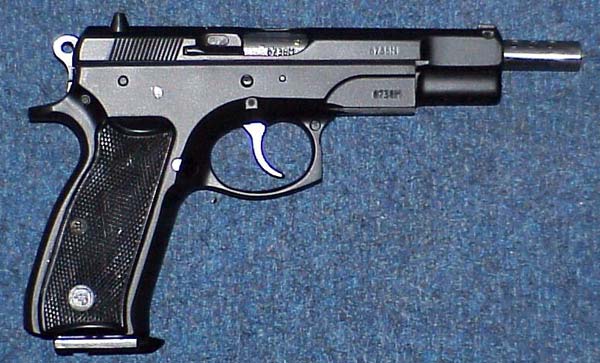 CZ 75 Full Automatic, right side, with standard magazine and no forward reload.

The resulting profile favored the old school Skorpion, but allowed up to sixty rounds of 9mm ready to go when needed.

The CZ75 Full auto tempted many shooters in the company’s military catalog for over 20-years. 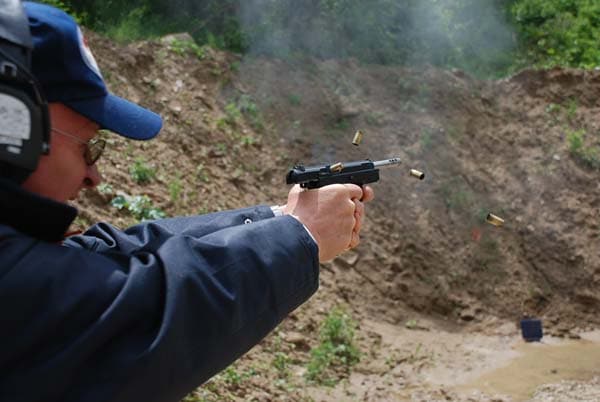 Listed as the CZ75 Full Auto in the company’s literature, it is known the weapon has seen some international sales to undisclosed military and police customers. The weapon, compact enough for concealed carry under a coat or jacket, made sense for executive protection types and surveillance units. Later versions deleted the extended compensated barrel for the standard 4.7-inch one, which trades some controllability for increased concealment. While definitive numbers are not available, the gun was still in CZ’s catalog up until 2010 and it was unlikely that they would have kept them around for twenty years, if no one was buying them. The only place it has been seen for sure is popping up in a few action films and video games like Call of Duty.

Interestingly, CZ still sells the Skorpion, which leads to wonder if the CZ75 Automatic was ever really needed. 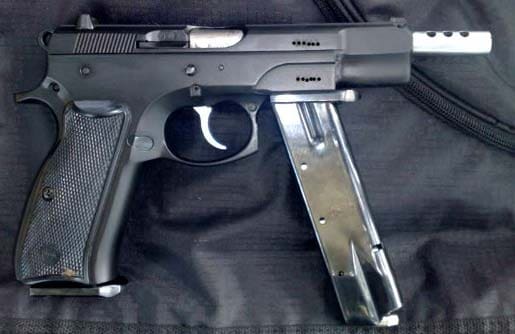 These guns were not even on the drawing board when the Hughes Amendment cut off private sales of new machine guns after 1986. Even with that, a few have appeared in the US through various sources (often these are LE dealer samples). These guns are near impossible for the mere mortal to touch except in rental shops and Class III shoots. If you live abroad and travel in certain circles, you can however still readily acquire one.

Even with that being said, word is that carefully screened visitors to the CZUB plant in the Czech Republic can get a chance to burn some nine milly through one in their onsite range. Now that’s a tour.