For as long as we have had leaders of men, we’ve had lone gunmen trying to kill them. While their reasons and ideology are beyond the scope of our interest, the guns they carried show them to be a product of their time and background. 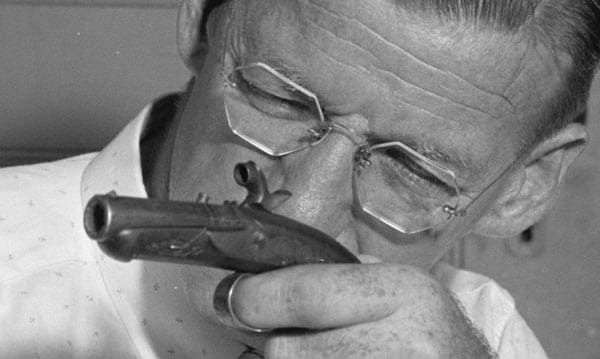 Southern patriot and actor John Wilkes Booth crept up behind President Abraham Lincoln at Fords Theater in 1865 and fired one round into the great political leader with a small pistol from point blank range.

Booth used a single-shot percussion-cap .44-caliber Deringer (with one ‘r’) from the workshop of Philadelphia-based gunsmith Henry Deringer. Overall, the pistol was just 6-inches long with a 2-inch barrel. As a backup for if the one-shot pistol failed, Booth packed a long bone handled knife engraved “Liberty” on the blade. The pistol is on public display at Fords Theater although at least one criminal claimed to have stolen the gun and replaced it with a replica. 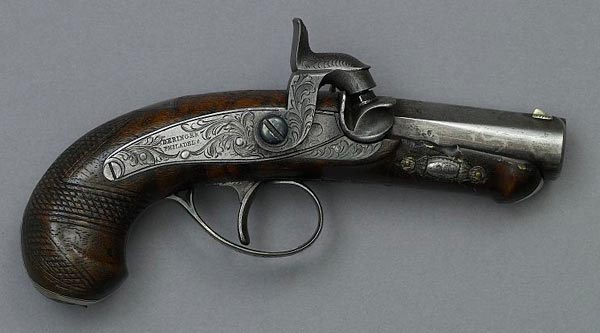 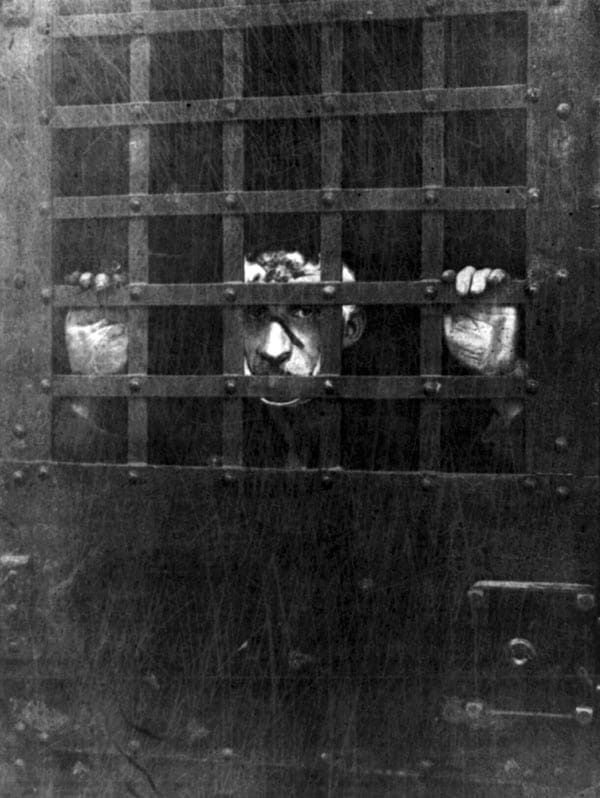 In September 1901, Leon Czolgosz, an anarchist from Eastern Europe, was attending an event in which President William McKinley was the featured speaker.

When McKinley reached out into the reception line to shake Leon’s hand, he shot the President twice. His weapon of choice on that fateful day was a .32-caliber Iver Johnson Safety Automatic revolver that he had bought for $4.50 the week before.

Even while dying the President told his Secret Service bodyguards, “Be easy with him, boys,” as they struggled with the assassin. Justice did not go so easy on Czolgosz, and within two months, he was tried, found guilty, executed by electrocution and his coffin filled with sulfuric acid. His gun is on display at the Buffalo History Museum in Buffalo New York. 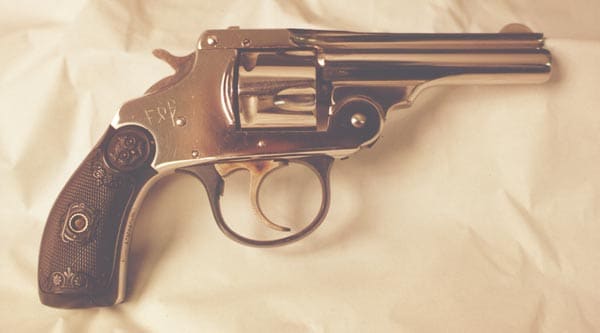 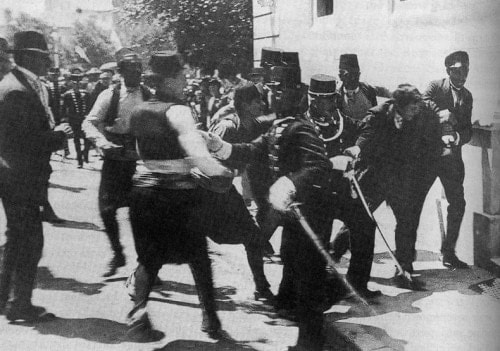 In 1914, the city of Sarajevo was the scene of an epically botched assassination that would usher in the dismantling of the Austro-Hungarian Empire and have worldwide repercussions.

Small and frail, 20-year old Bosnian patriot Gavrilo Princip stood by as a bomb attempt on the life of the Austrian Archduke Ferdinand by his compatriots failed.

As fate would have it, Princip literally stumbled on the Archduke’s car and shot both him and his wife in what today is commonly regarded as the spark that started World War 1. Princip’s firearm was a FN Browning. 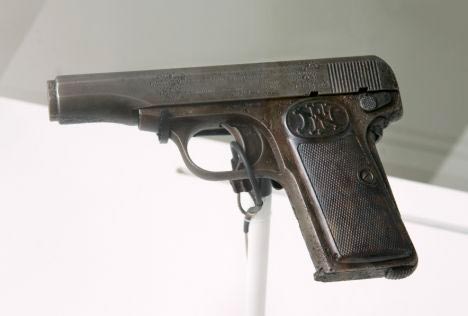 Write this serial number down—19074—as this gun has vanished several times over the past century, resurfacing in the strangest places, including a monastery.

It’s currently in the collection of the Vienna Museum of Military History in Austria. So next time someone says a .32 isn’t capable, remind them that there’s one that killed more than 9 million people. 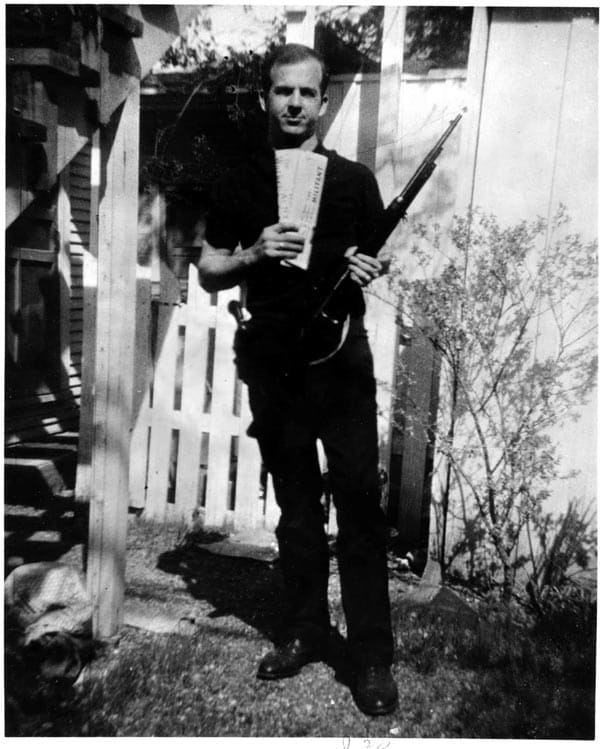 Specifically it was serial number C 2766, built at the Royal Arms Factory in Terni, Italy, in 1940.

Since the rifle was produced early in World War 2, odds are it saw some military service before being sold on the surplus market in the 1960s. Oswald bought the gun mail order (back before the 1968 Gun Control Act) through an ad in a magazine for $19.95 including an optional unshemmed 4x generic scope and mount.

FBI tests on the rifle for the Warren Commission showed that it was very accurate, once it was sighted in, and the scope shimmed.  It is currently locked away along in the National Archives and, other for several photographs, is not on public display. 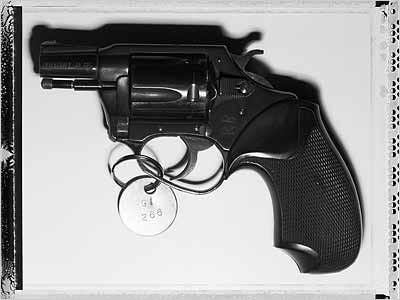 After passing up an earlier attempt, Chapman emptied a five shot Charter Arms Undercover .38SPL revolver (that he had purchased legally in Hawaii) into Lennon’s back. He then started reading a paperback copy of The Catcher in the Rye until NYPD arrived on scene.

The Charter Arms, a clone of the popular S&W J-frame, was then and remains one of the more popular snub-nosed revolvers on the market.

Chapman’s lies today in the ballistics bunker of the NYPD’s Forensics Investigative Division in Queens. 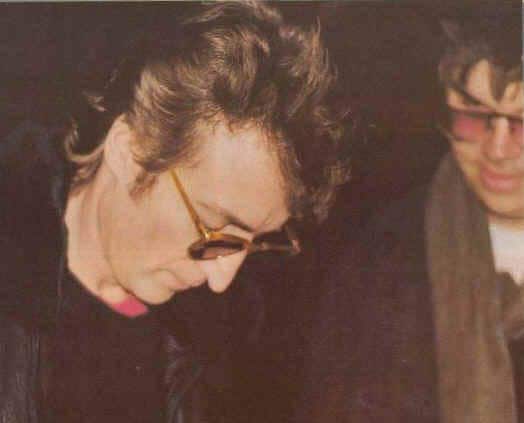 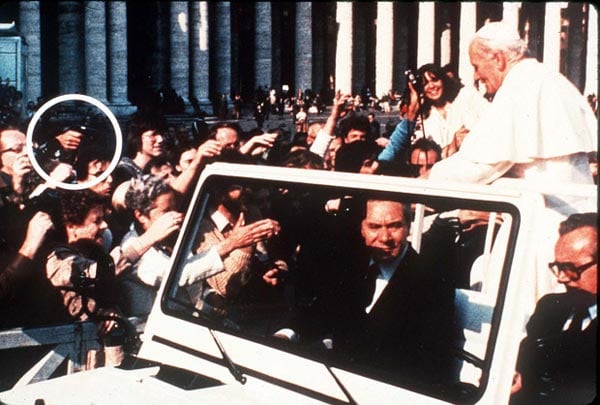 Professional hitman Mehmet Ali Agca, a Turkish criminal who had been promised 3-million marks, sat in wait for the Roman Catholic Pope John Paul in in St. Peter’s Square at Vatican City on May 13, 1981.

When the pope came into range, he emptied a magazine of a 1976 commercially made FN Browning Hi-Power 9mm pistol in the holy man’s direction, wounding him four times and hitting two innocent bystanders. 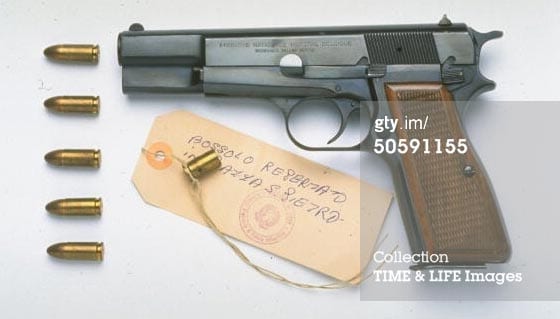 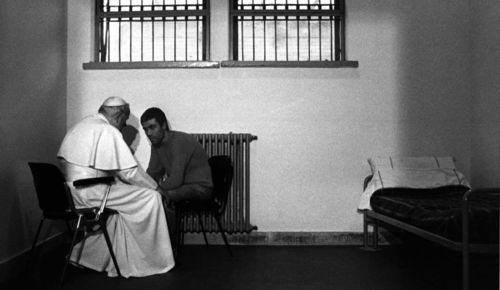 The Hi-power he used has been speculated to come from Kintex, a front company of Bulgarian secret intelligence, and was what is known in the profession as a ‘sterile gun’.

Other suppliers mentioned have included Greek arms brokers, and even the Soviet KGB. Agca was released from prison in 2010 after serving 29 years.

The real story behind his attempt and who provided the gun and financing may never be known.

From a historical prospective, a look at the firearms these men used in the commission of their crimes can provide the security forces tasked with protecting dignitaries and notable figures in the future with an idea of tactics of those who would write themselves into history from behind the sights of a gun.