In a world filled with super-high capacity ‘wondernines‘, Smith and Wesson found a remarkable level of success in the 1990s with a design that kept it old school.

Let’s kick it for a minute with the Smith and Wesson 4500 series. 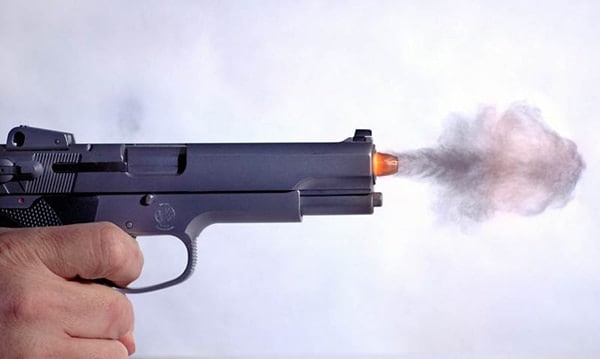 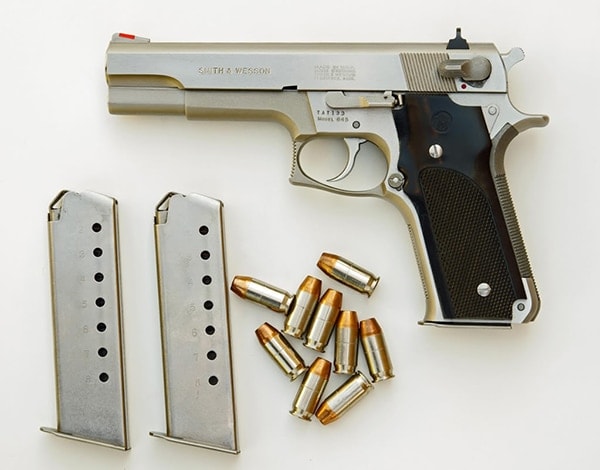 In 1984 there were three choices in police handguns. The go-to guns of that time were the wondernines: double-stacked pistols such as the Glock 17, Ruger P-85, Beretta 92, S&W 5906, and others.

Also popular were the slower to reload, but no less accurate six-shoot revolvers like the Colt Python and Ruger GP100. You could also choose the old fashioned Colt 1911 single stack .45ACP if you wanted more firepower, but this single-action gun, and when carried ‘cocked and locked’ was not popular with administrators.

Smith and Wesson, the first US company to mass-produce a 9mm in the country, had been looking to capitalize on a larger-framed automatic that used the same styling and action of its popular 5906 pistol.

Since the 10mm Auto chambered Model 1006 would not reach maturity until 1990, the .45ACP seemed to be the next best thing.  At the same time, they were developing the Model 4006, which used their new .40S&W round–itself a weakly loaded 10mm Auto. Needing a modern combat handgun right away, that didn’t fire the ‘underpowered’ 9mm or the unproven 10mm/.40S&W; they developed their first .45ACP autoloader. 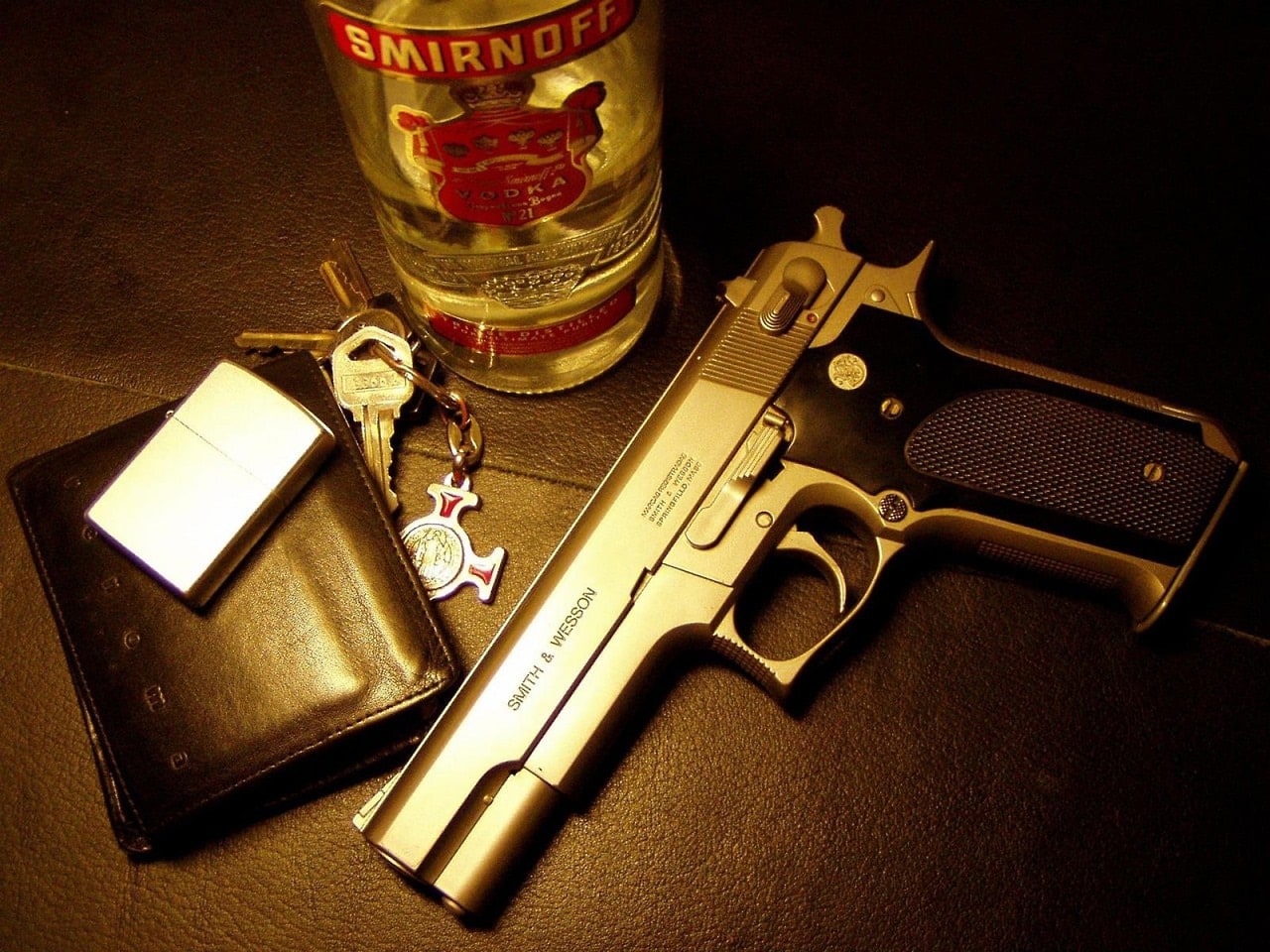 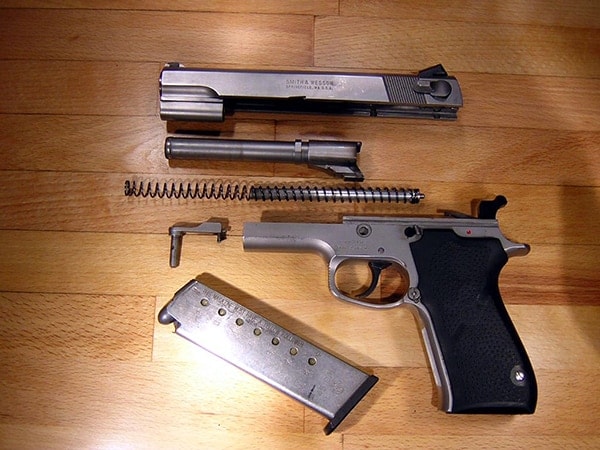 To accommodate the size and power of a 230-grain round zipping out at over 800-feet per second, Smith engineers beefed up the design of their 9mm double-action to accommodate a .45ACP round. The result was a huge 2.3-pound piece of stainless steel that, while heavy, was robust. To keep the gun svelte enough to allow the average user a safe hold, single stack magazines holding 8-rounds were used.

A safety/decock lever and serrated hammer spur coupled with the same classic short-recoil double action that the company had perfected since the 1950s ensured reliability. So reliable in fact, that most 4500-series pistols will even feed empty shell casings. A white dot on the post front and a fixed Novak lo-mount carry rear sight along a very 1911-ish sight radius ensured accuracy. Like the 1911, the gun had a 5-inch barrel. Unlike the Colt, it did not use a barrel bushing. 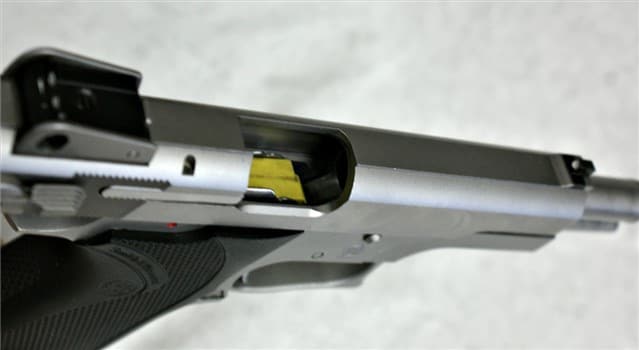 4506 locked back. Note the Novak rear sights and the long extractor along the rear of the slide.

Introduced at first as the Model 645 in 1985, it was an instant hit. A slight modification in 1989 earned the gun a rename as the Model 4506. It was this later incantation that sported a one-piece wrap around Xenoy grip, which it carried into history. 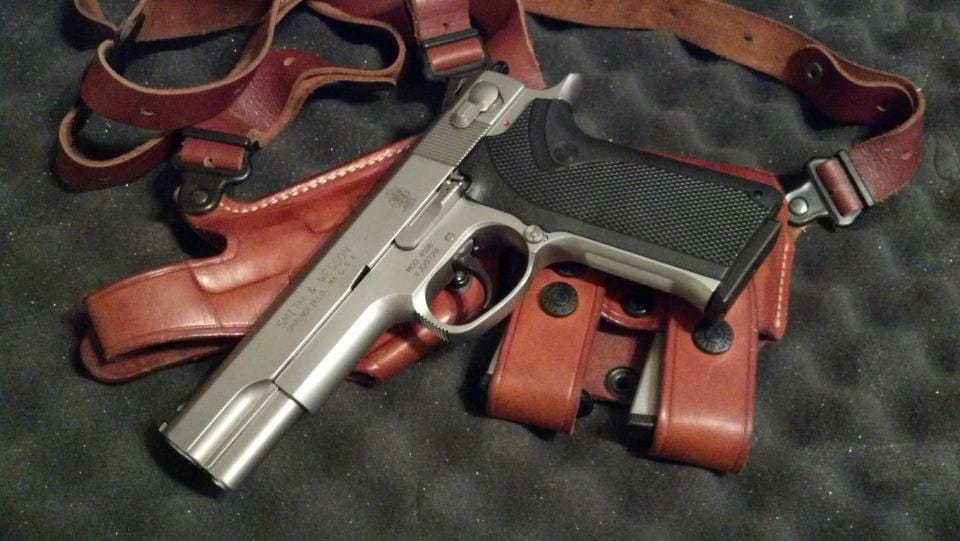 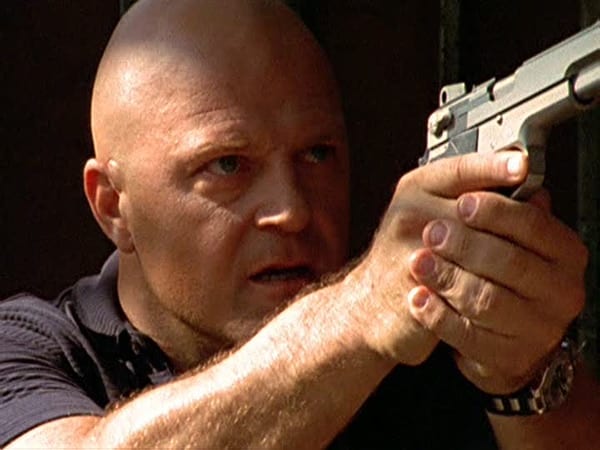 Vic Mackey in The Shield.

At the time of its birth, the Model 4506 was the only double-action .45ACP on the market besides the SIG P220 (also an 8-shot single stack), which was a good deal harder to find as well a lot more expensive. No wonder (pun intended), these weapons found quick acceptance in the law enforcement community and remain some of the most iconic ‘cop guns’ of the 1990s.

Departments as small as the Pascagoula PD and as large as LAPD toted these beefy stainless steel hoglegs while these photogenic handguns found themselves all over the big and small screens, carried in such movies as Training Day (dual wielded by Denzel Washington no less) and television shows like the Shield and Miami Vice. Hey, Vic Mackey’s 4506 got so much on-air time during the Bush-era it should have gotten top billing over Michael Chiklis. 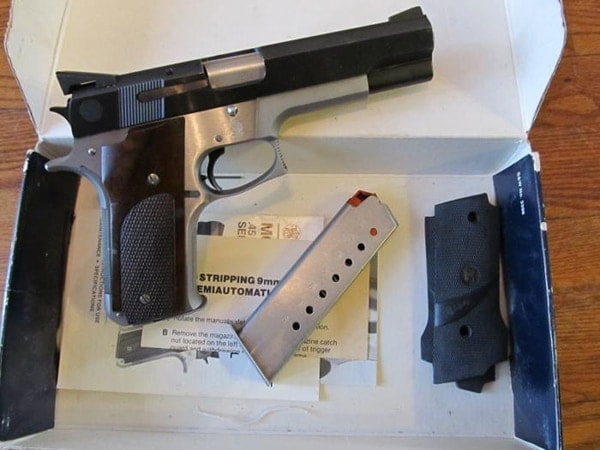 the Model 745 popular on the IPSC circuit is the older half brother to the 4500 series.

After the Assault Weapons Ban of 1994, the 4500 series, with its ‘legal everywhere’ eight-shot mag remained a solid choice for home defense without violating any new rules, which kept it around for a few more years.

By 1999, the age of the 4500 had come and gone, forcing Smith to close the line. For another decade they produced the alloy-framed 4513 and 4553TSW to tighter tolerances through the Performance Center but by 2009 even these guns were canceled. With so many new .40S&W chambered options, and increases in ballistics from 9mm rounds and smaller, these huge 8-shot .45’s were seen as a throwback to a long ago time when pastel suits with shoulder pads were cool. 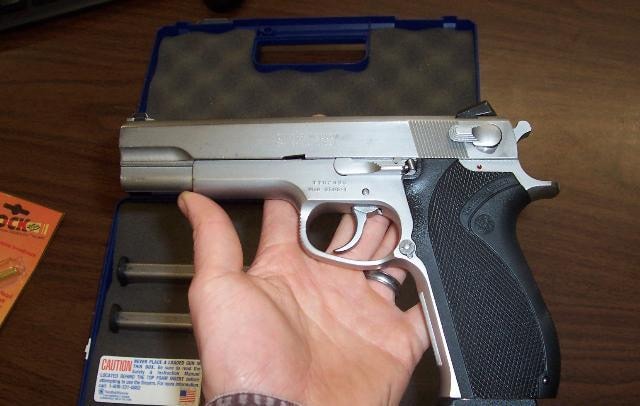 The 4500 series of pistols was and always will be quite a beautiful weapon.

Today these guns are horribly undervalued on the market. Used 4506s that are still very serviceable can be found for as low as $400 while guns closer to new can be had for a little higher. When you consider that a Philippine-imported 1911 clone costs that much or more, and compare the fact that the 4506 is stainless with an 8-shot mag, you can better see the value. Rare and early variants such as the Model 645s, 745s, and so forth, in good conditions without too many battle scars can go over $700.

Magazines are a little pricey ($40-ish) but gun leather options are abundant. Speaking of which, these guns, if matched with the right rig/person, can make a great choice for smart concealed carry, open carry, or as a home defense or vehicle gun. On the range, the slick performance of the 4500-series Smith is a joy.

Our suggestion is to get one of your own before they march off to the status of ‘classic’ handguns… and the price doubles. 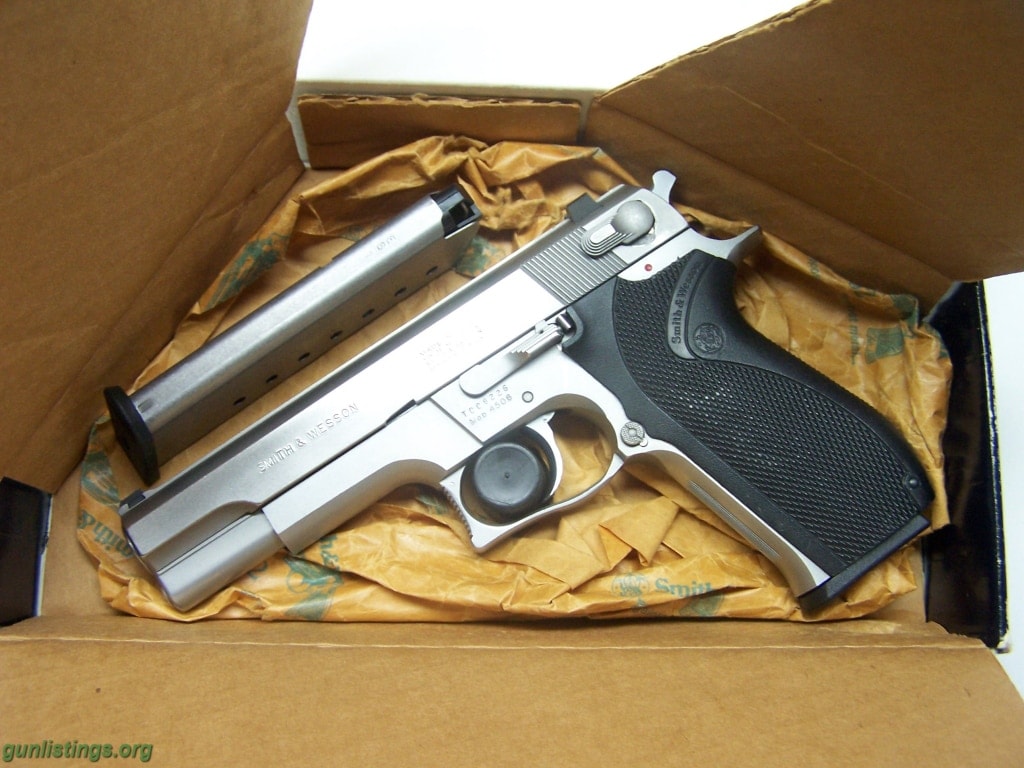 A SW 4506 with the older mags with black followers.

Don’t say we didn’t tell you.