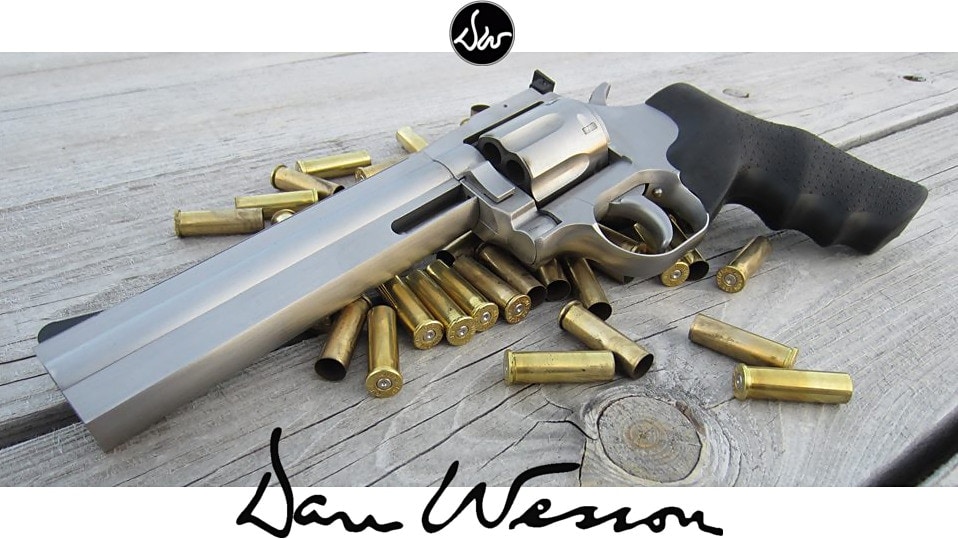 Dan Wesson is bringing back a legendary revolver and reintroducing the Model 715 for 2014. This full-size, six-shot .357 Magnum revolver is renown for its build quality and original design.

Ideal for target shooting and hunting, these new 715s sport a six-inch barrel with a full-length underlug and a ventilated rib. They are compatible with existing Dan Wesson revolver parts including grips and barrel assemblies made for Model 15-2 revolvers and later.

This makes it a particularly versatile revolver that can be tailored just right for the user’s needs.

The 715 maintains the original design’s short, light trigger that makes this gun popular with hunters and competition shooters alike. It is a double-action/single-action revolver with a spurred hammer for slow, precision shooting. The revolver has a traditional transfer bar safety.

One of the more outstanding features of Dan Wesson revolvers is their interchangeable barrel system which lets users swap out longer barrels for shorter assemblies or change barrel profiles by installing assemblies with short underlugs. 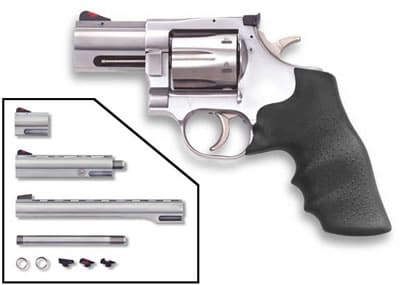 It comes with a set of target sights, with a rear sight that is adjustable for windage and elevation and a finger-groove by Hogue. Dan Wesson includes a “Pistol Pack”-style hard case with compartments for three additional barrels (not included) and a barrel wrench for swapping barrel assemblies (included).

Another thing that sets Dan Wesson revolvers apart is the cylinder lock. It is in front of the cylinder on the cylinder yoke. This is so that the shooter can swing out the cylinder while holding it in one hand for faster reloading.

This also lets Dan Wesson play around with the locking system. By locking at the front of the cylinder, as opposed to the rear as with most revolvers, the cylinder timing is exceptionally precise, making this one of the most mechanically-accurate revolver designs ever made. The rear end of the cylinder is held in place by a ball detent.

Even the direction the cylinder rotates in is designed to reduce wear on the yoke. It rotates clockwise, with the mass of the cylinder turning into the much heavier frame.

The Dan Wesson 715 is built on a solid 416 stainless steel frame that is designed to withstand a lifetime of full-house .357 Magnum loads. Coupled with the precision lock-up this gun will maintain its timing where other guns would loosen up and wear out.

Obviously this isn’t a pocket pistol; the 715 weighs in at a stout 46 ounces, unloaded. That also means that recoil isn’t going to be as much of an issue when shooting hot .357 loads and essentially a non-issue with .38 Special.

This has been brewing for some time but better late than never. CZ-USA has the product page up for the Dan Wesson 715 and lists the MSRP at $1,168. Anyone who’s handled a Dan Wesson revolver knows that a new one is worth every penny, even if you have to pay full price; still, real-world prices should hopefully come in at around $1000, give or take.

These may be hard to find so if you see one, jump on it because it won’t stick around for long. Hopefully Dan Wesson continues to support their outstanding revolver design in addition to their excellent 1911 pistols.

Here is a brief overview of the new Dan Wesson 715 by YouTube user The Heineken that focuses on the gun’s features and quickly runs down some of the changes made to the new model as compared to an older Dan Wesson revolver.