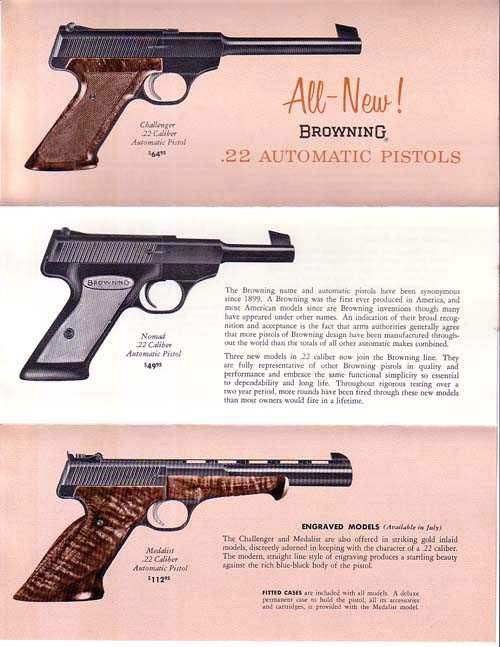 The Browning Buckmark grew out of the classic Challenger line from the 1960s.

In the 1980s, Browning had a great 22 pistol with a lineage that went back to the company’s namesake’s original design. Fresh out of ideas to compete with Ruger and others, they took their well-bred plinker and started over.  What we got was the Browning Buck mark–perhaps the bench mark for semi-automatic rimfires.

Throughout the 1960s and 70s, Browning made a line of steel-framed ten-shot blowback .22LR pistols. These guns, called the Challenger and Medalist series, were based on the overall concept of the High-Standard Supermatic, Smith and Wesson Model 41, and the Colt Woodsman, possibly the best rimfire semi-auto pistols of the first half of the 20th Century. These four guns all shared the same features and were well received. None other in fact designed the oldest of these, the Woodsman, than John Moses Browning and it was his grandson, Bruce Browning, who redesigned it in the 1960s to become the Browning Nomad, which later morphed into the Challenger. 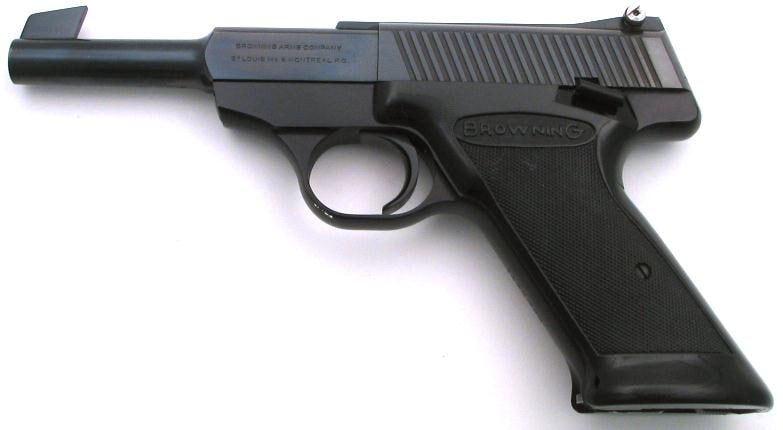 The Browning Nomad in .22 (a more distant relative of the Buckmark).

By the 1980s, things changed. In 1984 High Standard was bankrupt and the doors were closed (the company known today as High Standard bought the trademarks and patents in 1993). S&W was winding down production of the Model 41. Colt had already long before ceased production of the Woodsman in 1977. Browning was still making these classic pistols but something had to give. They were losing market share to more affordable guns like the Ruger MkII. Even after moving production from Belgium to Salt Lake, Utah, and substituting plastic grips for wooden ones to reduce costs, the company just could not compete. 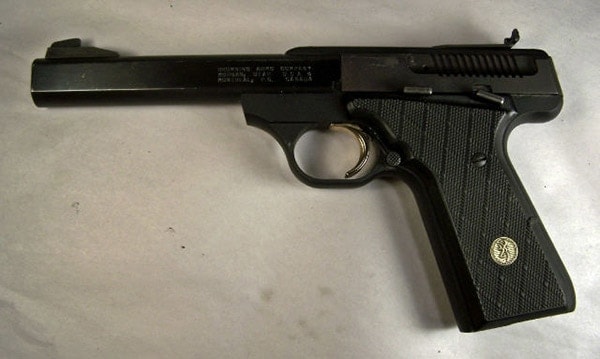 This led to a redesign of the Challenger in 1984 into the Browning Buck Mark that we know today.

Chief Engineer Joe Badali took the Challenger model, and went top to bottom on the design. He improved the trigger through the use of stoned sears. He added updated sights (including a new 16-click Pro-target sight for target shooting). The gun frame and slide, taking a page from the last model Challenger III variant guns, was made from an aircraft-grade 7075 aluminum alloy investment casting to both save weight, and money. This led to the Buck Mark weighing in at 32-ounces with a 9-inch overall length. Even though this sounds hefty, it’s still about a half-pound heavier than the earlier Belgian-made Challengers are. Speaking of slide, these guns have a very interesting abbreviated slide design. The 5.5-inch barrel is fixed directly to the frame and does not move at all during the firing process. The chamber is closed by a short slide and block that incorporates the striker-fired blowback action. Since the action on the Buck Mark is more open when firing as opposed to the one-sided ejection port on the Ruger .22, it tends to build up less carbon fouling.

This action also tends to me more forgiving on cheap bulk rimfire ammo, which an albatross that circles more modern plinker pistols such as the Walther P-22. 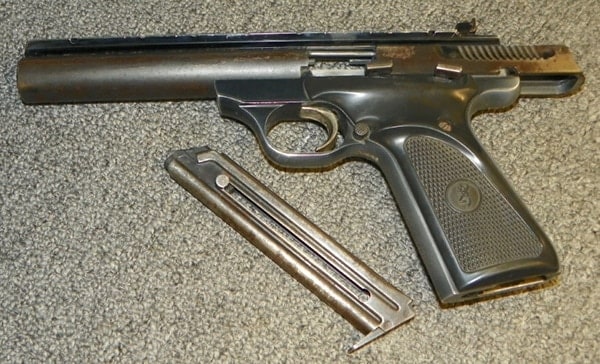 All that moves on the Buck Mark when firing is the rear bolt.

Since the barrel has no wiggle room and a resulting low bore axis along with a long sight picture and slightly canted Luger-style grip, the pistol is very accurate and has good pointability. 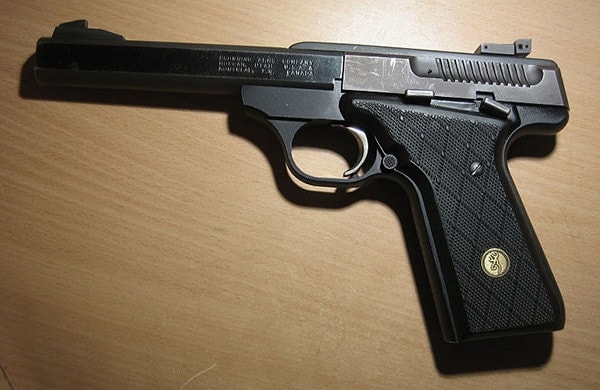 The safety lever on the Buck Mark is thought by many users to be something…less than ergonomic and difficult to work. The Buck Mark has the common thumb-actuated American-style mag release button rather than the European-style heel style release found on the original Ruger Mk II. The magazines were the same detachable ten-shot single stack box mags as used on the late model Challengers. 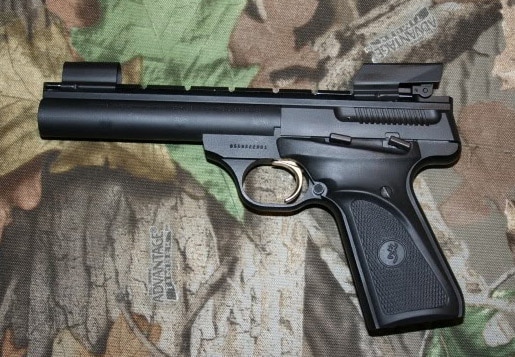 These guns went into production on the very same line as the Challenger series gun in Salt Lake City in 1985. As the Buck Mark’s reign started, it replaced the older gun the same year. Since then thousands of these guns have come out but they are still made in Utah.

They have proved very popular with target shooters, hunters and plinkers and are about as close as you can get to an old-school 1940s target pistol like the Woodsman while still having a gun made with modern CNC production techniques and quality control.

These guns lend well to being hacked and modded. Precision heavy bull barrels of different lengths can be switched out with the help of a set of allen wrenches. Field models and the newer Contours have more inches of Picatinny rails than some of the more popular 5.56 guns on the market. This allows sights, lights, and optics to the shooter’s own desire. Other aftermarket items like 1911-style grip panels, match grade innards, and set triggers are out there for the asking. 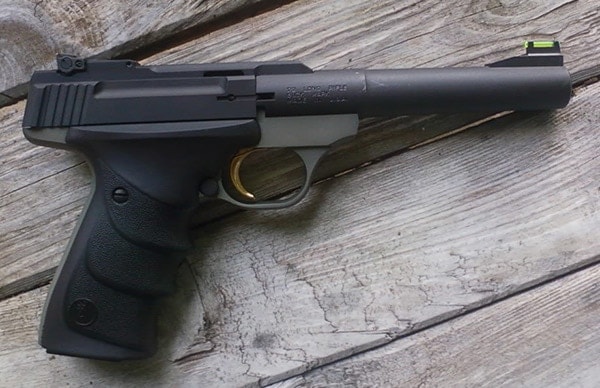 The fact that these little guns, based on a hundred year old design with some modern twists, are such a hit may have brought back some of its former competitors from the forgotten pistol dimension. High Standard is now reborn and back to making their old Supermatic pistols in a new factory. After letting their Model 41 fade away, Smith and Wesson just recently resurrected.

Browning has made more models of the Buck Mark than you can count on every finger and toe. Since 1985 we can catalog no less than thirty variants, subvariants, and sub-sub variants of this popular little .22LR pistol. No matter what the model these guns all have the same basic action, manipulation and nomenclature as well as caliber and magazine. Sorry, there have been no .22WMR Buck Marks (as of yet). 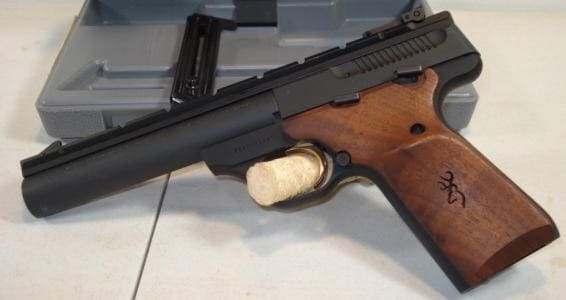 The standard 5.5-inch barreled model, ever popular over the past three decades, has only seen its grips upgraded over that period. These have morphed from plastic to rubber grips in the 90s to the URX rubber finger grove grips (or optional UDX wood grips) that have been standard since the end of the Bush Administration. 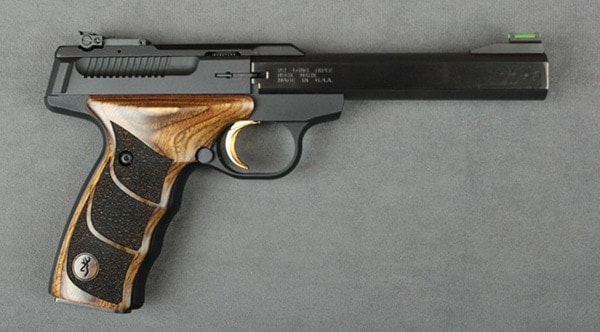 The Silhouette model, with its 10-inch barrel and front and large adjustable target sights looks like you took a M1 Thompson subgun and chopped the front half off it. Introduced in 1987 this gun tips the scales at over 53-ounces, which leaves the average Silhouette owner to raise a single eyebrow when you ask about recoil. 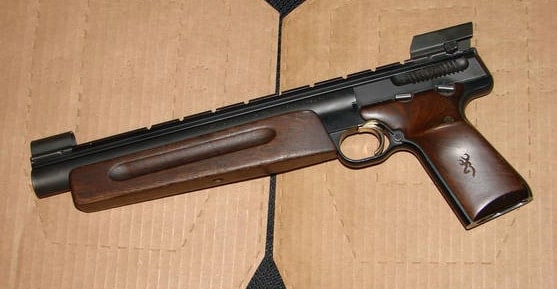 Buck Mark Silhouette model in 22LR with a 10-inch barrel.

When you talk about long-barreled .22LR pistols, the BMR, or Buck Mark Rifle inevitably comes up. This is 34-inch long rifle with an 18-inch barrel is built on the blowback action of its namesake pistol but is a legal long arm after the permanent attachment of a Monte Carlo stock and extended forearm. These guns came out in 2001 and don’t get alot of press but are still selling well enough that the company hasn’t discontinued them.

In 1999, the Camper model came out with a more basic finish. The Micro Standard, so-called because of its shorter 4-inch barrel is a counterpoint to the 7.25-inch barreled Hunter model that comes with integral scope bases. There is also the Buck Mark Contour, Field, Practical, Commemorative, and Varmint models among others.

For those who wanted something easier to carry in the woods all day there was the Buck Mark Lite series which eliminated most of the steel in the barrel (except for a sleeve) replacing it with aluminum. These guns got down to a svelte 28-ounces or so which is light when you realize that you still have an all-metal pistol with a 5.5-inch bull barrel. 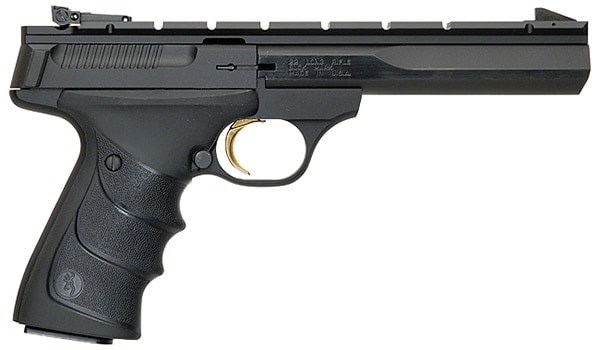 Confusingly enough there was even a Challenge model, perhaps as a nod to the gun’s origin, which was made for ten years. With ultra-thin grips and an optional 4-inch tapered barrel, these were made with youth shooting in mind.

Since the Buck Mark has a fixed barrel, it takes well to being integrally suppressed. This type of suppresser, rather than using a screw-on ‘can’ is worked around the barrel itself, rather than just attached to the end of the muzzle. A number of custom shops make these guns as their bread and butter.

Of course, these rimfire pistols still accept a threaded suppressor if that’s your cup of tea. Many mods on this involve cutting the actual length of the barrel down to four inches to keep the fps on the round from going supersonic when using high-velo ammo. Some of the later models like the Lipseys exclusive series and the Camper Whisper already come with 1x28TPI-threaded barrels and thread protectors to temp you into the world of a suppressed pistol. 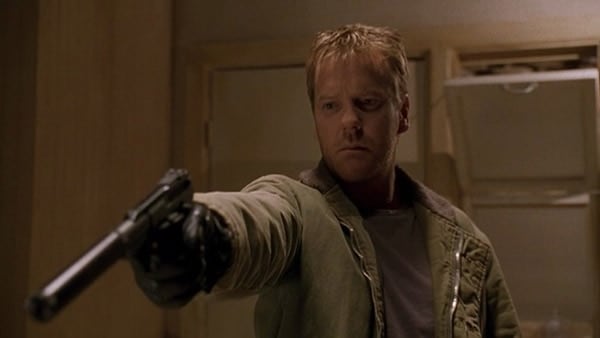 Perhaps because of their ‘killer’ looks, suppressed Buck Marks are often pictured in film and television.

With the growing trend in state’s allowing hunting with suppressors, many Buck Marks are seeing double duty as rabbit and squirrel guns. Very low-key hunting at that.

The Buck Mark is still very much in production with Browning. They currently list no less than 11 pistol models on their website with MSRPs that range from $389-$579 depending on what flavor suits you. Street price is usually more like $350-$500. Browning also still makes three different Buck Mark rifle models that all hover around $700 MSRP, which puts them in the same class as the Beretta CX4. 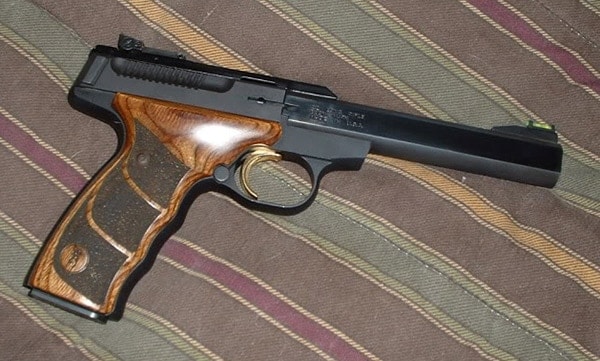 For older guns, this steady current production keeps prices low. This means that running figures for used models that arent very unique tend to bring anywhere from $200-$400 for pistols and $500-$700 on rifles depending on how much use they have seen judging from current offerings seen in completed online gun auctions. To see just how old your new-to-you Buck Mark is, you can check its serial on Browning’s website.

Very collectable (read this as = rare) models are still attainable and could make good investments. These include the Unlimited Silhouette gun with its 14-inch barrel (not a misprint), the 2001 Commemorative Model with its 6.75-inch tapered barrel, and the stainless Bullseye Target, any of which bring well over $500 any day. Should you stumble on these in good condition, especially with original box, manual etc., you can’t really go wrong putting it in your gunsafe.

Our suggestion on the Buck Mark: get one before they are all collectable.