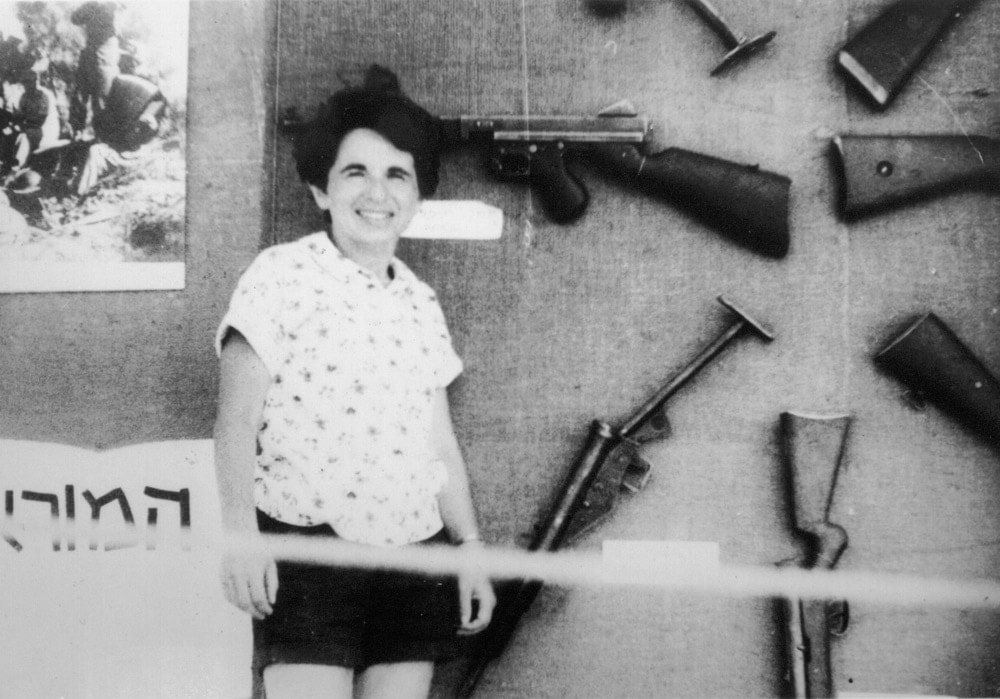 In her youth, renown sexpert Dr. Ruth Westheimer, grew up in Germany as the only child of an Orthodox Jewish couple. In 1939, she was sent to Switzerland after her father was taken by the Nazis. When she turned 16 she moved to Israel and found her way to the Haganah, an underground Jewish military organization. There she learned the ways of a sniper, though she says she never killed anyone, Snopes reports.

“When I was in my routine training for the Israeli army as a teenager, they discovered completely by chance that I was a lethal sniper. I could hit the target smack in the center further away than anyone could believe,” she said. “Not just that, even though I was tiny and not even much of an athlete, I was incredibly accurate throwing hand grenades too. Even today I can load a Sten automatic rifle in a single minute, blindfolded.”

Though she had a promising military career, Westheimer’s training was cut short after she sustained a serious injury.

“My legs were almost ripped off on my 20th birthday in 1948 in Jerusalem from cannonball shrapnel, which exploded in the student’s residence where I was living,” she said. “Three other students were killed instantly and many more were wounded. The metal pierced both my legs, and there was blood everywhere. A cannonball from Jordan had smashed through the window. I was thrown 20 feet. The strangest thing was that all I could think about was whether there might be some blood on the brand-new shoes I had just gotten for my birthday, and amazingly there wasn’t even a single drop on them, which was all I cared about in some kind of strange denial.”

She later migrated to Paris, France, where she studied psychology, before moving on to New York to attain her Master’s in Sociology ad Ph.D. in Education from Columbia. From there, she climbed the ranks until she solidifying her role as America’s sexpert.