A North Carolina military wife dropped more than 100 pounds for her Army husband who was returning from a tour in Afghanistan.

Misty Shaffer weighed nearly 260 pounds when her husband, Larry Shaffer, deployed to Afghanistan in 2012. While her husband was gone a switch was flipped and she decided to drop her weight and surprise Shaffer when he returned home. She shrunk down to less than 155 pounds and when her husband got back he was shocked to say the least, CNN reports. 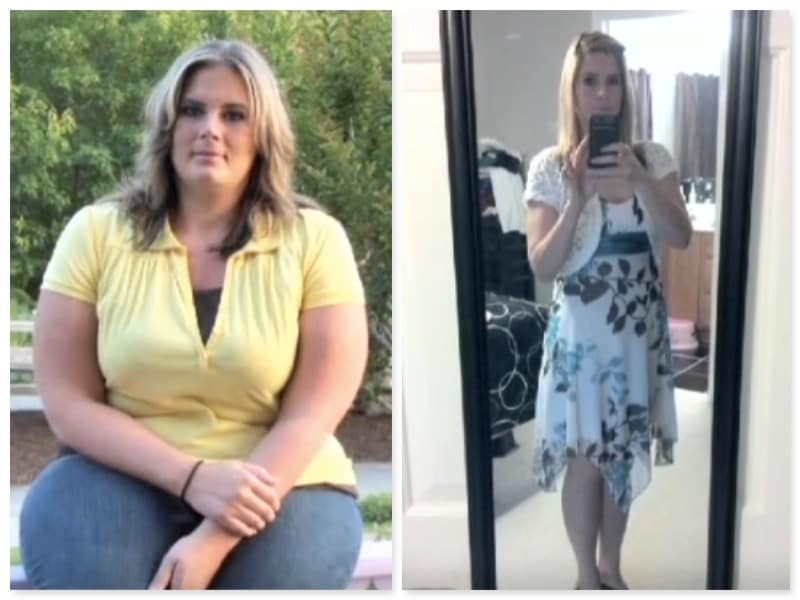 Misty dropped more than 100 pounds to surprise her husband when he returned home from a deployment in Afghanistan.

Misty had tried dieting and diet pills in the past. She dropped a significant amount of weight when her baby daughter, Nevaeh, was born, but quickly gained it back.

“I would eat when I was bored,” Misty said. “I’d eat three huge meals a day, and then snack in between. Sad or happy, I’d turn to food for everything.”

But all that changed when her husband left to fight overseas. She changed her ways and when Larry returned home, she jumped into his arms and he muttered a single word: “Wow.”

Larry still enjoys his wife’s cooking and partakes in the occasional desert, but Misty says not tempted to return to her old ways of eating.

“I’ve seen how hard I worked, and what I had to go through to get to this point,” she said.

When Misty’s husband left she was a size 22. When he returned she was a size 6, and she’s still surprised when he picks her up and whisks her off her feet.