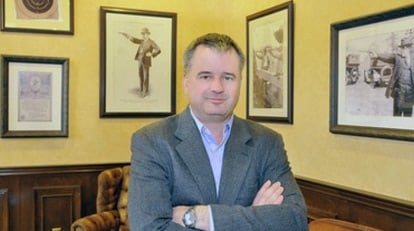 Smith & Wesson announced plans today to drop the ubiquitous “Smith” from the company name and plans to replace it with a more unique name to head up the title of the iconic company.

“We thought long and hard about this, and I can assure you, after 162 years in business, this wasn’t an easy decision,” James Debney, the company CEO and president, said at a press conference. “With 2.7 million Smiths out there, it’s really is tough to stand out. People forget about it all the time. Now ‘Wesson’ stands out. Especially with that ‘and’ symbol in front of it.”

Although the company has literally hundreds of products, it plans to change the nomenclature for many or most of them one wiki article at a time.

“Yeah, we going to change that (the ‘Dirty Harry’ gun),” Debney said in reference to the Smith & Wesson Model 29. “With the surge in gun sales, we’ve been able to hire on extra help, so we’ll be combing the Internet for ALL references.”

He added that the .40 S&W will remain as is because government guidelines are too difficult to change. “It takes a freaking act of congress,” he said. “Plus, we still like having Glock to have to stamp it on the side of the slide.”

“Smith” comes from one of the founding partners Horace Smith, but he made the unfortunate decision to sell his interest in the company to Daniel Wesson in 1865.

“I mean, he’ll probably be forgotten as soon as he’s replaced, but he’ll still be remembered for that explosive whale bullet I read about in Wikipedia,” Debney said. “And maybe those college scholarships in his name, I mean, we can’t forget about that.”

The company will remain “Smith & Wesson” for the time being, but within the next 15 months company officials will find and announce a replacement.