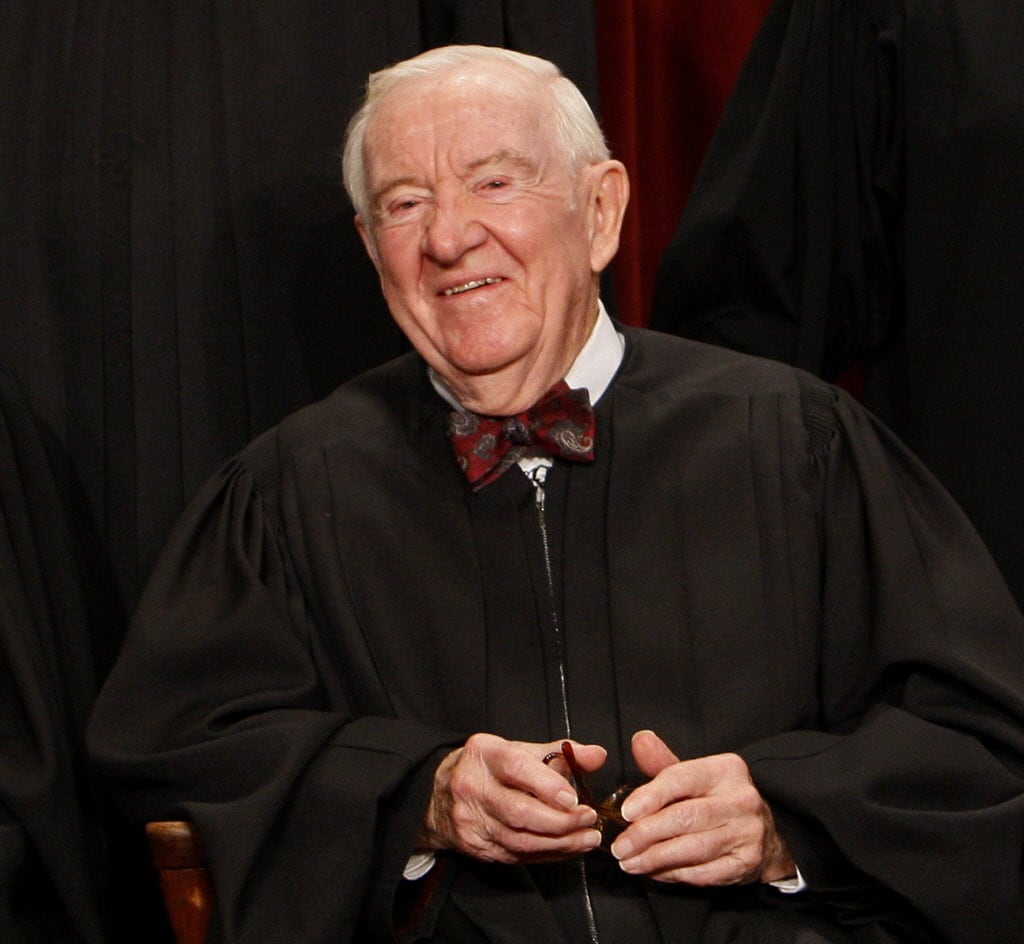 One of the longest serving justices of the U.S. Supreme Court, John Paul Stevens, now retired, is calling for a change in Second Amendment to limit it to militia use only.

Stevens, 93, retired from the Court in 2010 after having served 35 years in its chambers, proving himself the third longest-serving justice in history. In his time on the bench, he dissented against such high profile gun rights victories as Heller v District of Columbia and McDonald v Chicago.

“I dissented in both of those cases and remain convinced that both decisions misinterpreted the law and were profoundly unwise. Public policies concerning gun control should be decided by the voters’ elected representatives, not by federal judges,” wrote Stevens in an op-ed piece in the Washington Post April 11.

Stevens was, just before his retirement, called the “arguably most liberal justice,” and led the opposition on a number of polarizing 5-4 decisions by the court.

He currently maintains in his new book, “Six Amendments: How and Why We Should Change the Constitution,” that the Second Amendment, which has since its inception in 1791 read:

A well-regulated Militia, being necessary to the security of a free State, the right of the people to keep and bear Arms shall not be infringed.

Be changed to include five extra words that, he argues, will change the scope of how it is currently interpreted. Steven’s version would read:

A well-regulated Militia, being necessary to the security of a free State, the right of the people to keep and bear Arms when serving in the Militia shall not be infringed.

The retired Justice states that, “The Second Amendment expressly endorsed the substantive common-law rule that protected the citizen’s right (and duty) to keep and bear arms when serving in a state militia,” and, in effect, does not support the current views on self-defense and gun ownership held by the Court in rulings like Hellar and McDonald.

Further, it would seemingly limit the right to bear arms to only those in state National Guards, the body that replaced the regulated militia in the Dick Act in 1916.

Current law also details that the Unorganized Militia of the United States includes all able-bodied males over 17 year of age who are not members of the National Guard or the Naval Militia.

Stevens maintains that this would be the best way to prevent wide spread use of “high-powered automatic weapons” that he maintains were used in the “massacre of grammar-school children in Newtown, Conn., in December 2012, have been used to kill innocent victims in more senseless public incidents.”

While the original op-ed piece has since been corrected to strike the incorrectly used word ‘automatic’ from Stevens’ piece, the larger implied meaning remains.

Guns.com asked some in the gun rights community to weigh in on this proposed change.

“Justice Stevens decries Congress’s failure to enact legislation to ‘limit the availability of automatic weapons.’ He is apparently unaware that Congress did so in 1934, with the very strict registration and tax system of the National Firearms Act, and did so again in 1986 (banning the sale of new automatics to the general public),” said Second Amendment scholar, Professor David Kopel to Guns.com Tuesday.

Kopel is Research Director of the Independence Institute, an Associate Policy Analyst with the Cato Institute, and adjunct Professor of Advanced Constitutional Law at the University of Denver Sturm College of Law.

“Justice Stevens is an example of the accuracy of President Lincoln’s observation that you can fool some of the people all of the time, even retired Supreme Court Justices,” Kopel concluded.

Kopel is not the only gun rights attorney to take issue with Justice Steven’s views.

“The most interesting thing about Steven’s position is that he is implicitly acknowledging, at long last, that the Second Amendment, as now written, does protect an individual right,” said Chuck Michel, Senior Counsel at Michel and Associates, the firm behind the recent Peruta shall issue case in California to Guns.com. “He doesn’t like that, so he wants to change it. But apparently he finally recognizes that the Amendment would have to be changed for the gun ban lobby to get its way.”

The firearm industry would tend to agree.

“Respectfully, Justice Stevens demonstrates why he was in the dissent in Heller,” said Lawrence G. Keane, Senior Vice President, Assistant Secretary and General Counsel for the National Shooting Sports Foundation, the trade industry for firearms manufacturers in the United States.