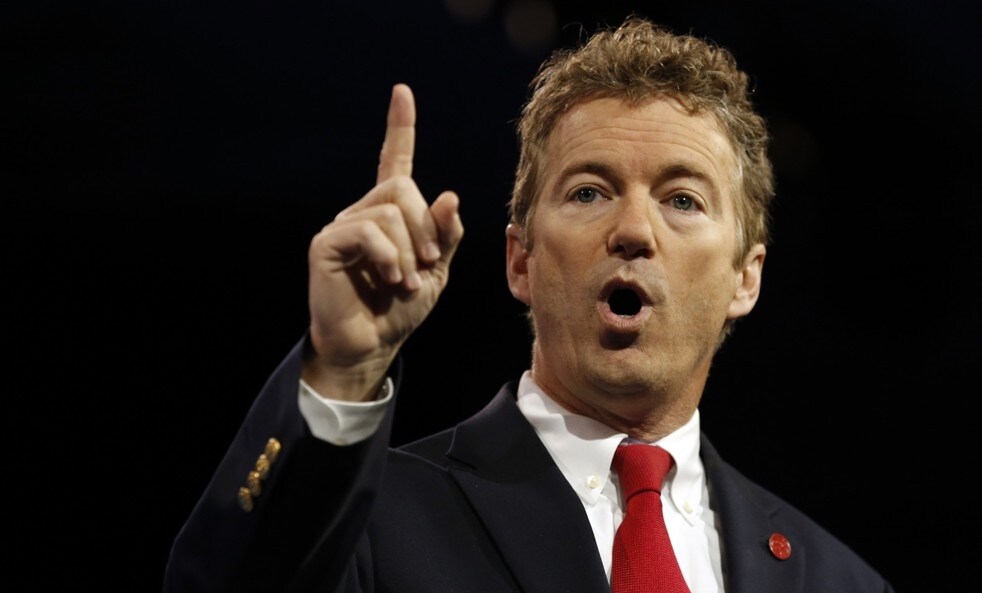 Sen. Rand Paul, (R-Ky), is calling for all pilots to be armed as the TSA is cutting its funding for the Federal Flight Deck Officer program. (Photo credit: Washington Post)

The program in which carefully screened airline pilots are trained and armed by the Transportation Security Administration is facing more cuts, which doesn’t please some in Congress.

In the latest Presidential budget for 2015, the Federal Flight Deck Officer (FFDO) program is seeing its funding slashed, which could endanger the program that has armed approved pilots since 2003. Among those upset is Sen. Rand Paul (R-KY), who is calling for increasing, not decreasing, the funds appropriated for arming pilots.

“I’m concerned about what is the most cost-effective way of preventing another 9/11: I want all pilots to be armed,” said Paul to Sean Hannity recently.

“The president has zeroed this out of his budget,” Paul continued. “He’s advocated for getting rid of the program. And when I talk to pilots, I’m at airports all the time, pilots come up to me all the time and say it’s too hard to get a permit and to keep up the permit.”

The FFDO program was set up by TSA under the Bush Administration following the September 11 terror attacks in which four jet liners were hijacked by terrorists who were able to take them over from the flight crews.

In the program, the TSA sends screened volunteer pilots through a week-long course at the Federal Law Enforcement Training Center that certifies them to carry an issued HK USP .40 S&W pistol into the flight deck of their planes.

Funding for the program was narrowly saved from being sliced in half in 2012. However, the following year both the FFDO and Flight Crew Training programs were again targeted for cuts. The current Presidential Budget request for 2015 would trim another $4.9 million from the FFDO program, including eliminating at least three full-time management positions.

At its peak, approximately 2,500 pilots were trained and riding shotgun so to speak on their flights at a cost of about $15 per flight. The Flight Deck Officer Association argues that this is a bargain compared to the $3,300 per flight cost of a Federal Air Marshal. With this equation in mind, the group terms themselves, the “single most cost-effective counter-terrorism measure.”

Though, some in the Department of Homeland Security do not agree.

“Well, I’ll tell you the reason why we zeroed it out, Senator, and that is — and it goes to a lot of the changes in the budget, we’re moving to risk-based. And an FFDO program is not risk-based,” said Former Homeland Security Director Napolitano in a 2013 Senate Homeland Security and Governmental Affairs Committee hearing on the coming budget.

“It’s just happenstance, where you happen to have a pilot on board that went through the training or not. We’re offering the training to air carriers if they want their pilots covered” she added.  “But we would rather stick with the FAMS [Federal Air Marshal Service], who are portion-based on risk.”

Paul is planning to introduce a bill in coming weeks that would, “have 100 percent of American pilots armed because it’s the most cost-effective way of deterring another attack on our planes.”

Meanwhile, a bill to increase the security of airline cockpit doors is mired in the House Transportation and Infrastructure Committee.

“The current procedure in place on many domestic airlines to protect the cockpit is to have a flight attendant with a food cart block access. In a recent video simulation using this method, individuals were able to gain access to the cockpit in under 2 seconds,” said Melodie Homer, whose husband LeRoy died when United Airlines #93 was hijacked on September 11, 2001 in a release Tuesday. “This is not acceptable.”