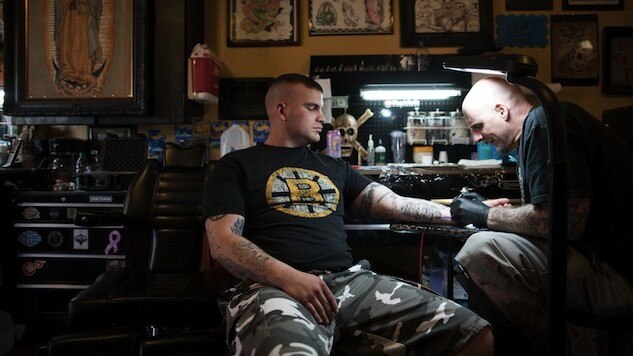 Soldiers are rushing to get their new tattoos before the ink dries on a new Army edict that prohibits tattoos on the face, neck, eyelids, mouth and ear.

The new rule, which was issued March 31, has a 30-day grace period, and soldiers are rushing to take advantage of it, The New York Times reports.

“I’m getting hit like no tomorrow,” said tattoo artist Tyrell Barbour. “Especially younger military, but a lot of superiors too.”

Tattoos have long been allowed in the Army, but restrictions have always applied. Now, the restrictions have tightened, and soldiers that have long thought about certain artwork are hurrying to get it permanently engraved on their skin before it’s too late.

The new rule restricts the total size of any visible tattoo on a soldier to that of their open hand. Sgt. Ray Steven from Portland, Maine, who went in to get a tattoo on his left forearm, said, “I would probably do it anyway; I’ll just do it sooner. I like getting tattoos.”

Another soldier, Specialist Charles Chandler, is ready to endure whatever it takes to get his pinup girl inked on his forearm before the deadline.

“I’m just going to let her do it until I can’t take anymore,” he said.

But Chandler realizes that he has to “adapt to the Army,” because “the Army doesn’t adapt to you.”