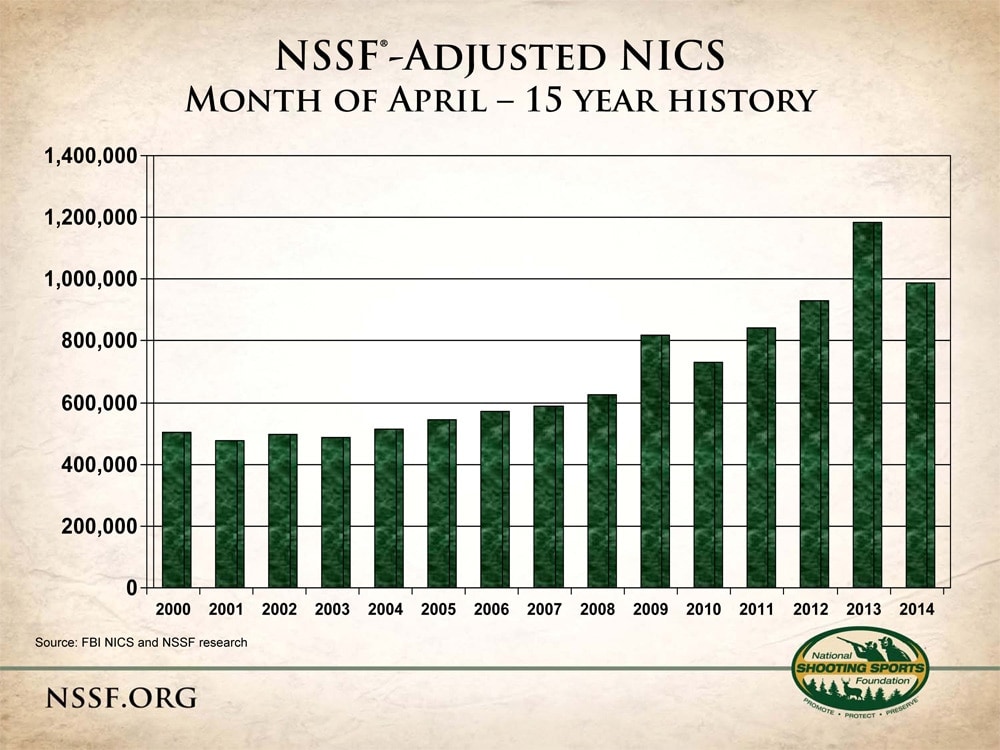 Under the Obama Administration, every month seems to be a new record for the FBI’s National Instant Criminal Background Check System.

The gun industry’s lobby, the National Shooting Sports Foundation, released its adjusted NICS figures, putting April 2014 at 988,726 checks, the second highest on record for the system.

Unadjusted, the figure for April 2014 is 1,733,651, which is actually an increase over last year, but the NSSF adjusts the figure to better reflect gun sales. 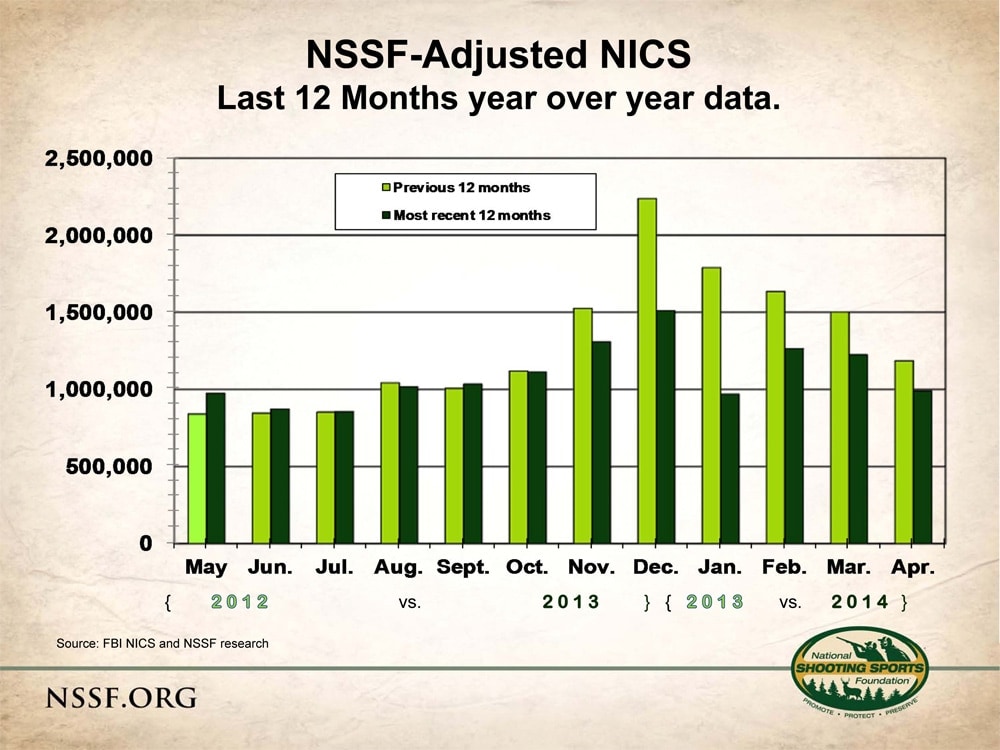 March 2014 was also the second biggest March since the federal government launched NICS in November 1998.

Though not a direct correlation to firearms sales, the NSSF-adjusted NICS data provide a more accurate picture of current market conditions. In addition to other purposes, NICS is used to check transactions of firearms sales and transfers on new and used handguns and long guns.

For additional information on NICS or to view a complete set of the current monthly reports, please visit the NICS website.