With Drake gone, what’s next? 2nd Amendment scholars open up 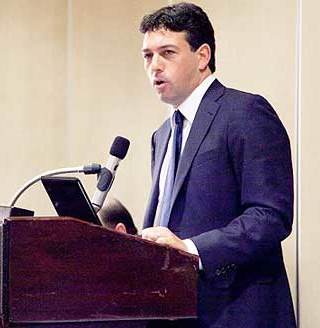 Alan Gura, the same attorney who won the landmark Heller case in 2008, and McDonald in 2010, represented Drake. (Photo credit: AP)

Following the decision this week by the Supreme Court not to act on the Drake case, Guns.com reached out to several Second Amendment experts to find out why the high court passed on this ‘may-issue’ case and what the gun community can expect in the future.

Forwarded up to the high court via the 3rd U.S. Circuit Court of Appeals, Drake v. Jerejian challenged New Jersey’s ‘may-issue’ standard that requires one to provide a “justifiable need” to carry a concealed firearm outside the home for self-defense.

The main plaintiff in the case John Drake, an ATM business owner who was denied a CCW permit because he did not satisfy the “justifiable need” requirement, was joined by three others including Finley Fenton, a reserve sheriff’s deputy who wanted to carry a firearm while off duty for protection against the criminals whom he interacts with while on duty.

Backed by the Second Amendment Foundation and spearheaded by attorney Alan Gura, the case drew numerous supporters from across the gun community.

Yet, despite having the blessing of various gun groups, dozens of congressmen, and no less than 19 state attorney generals, the Supreme Court elected not to hear the petition Friday.

With little to go on as to why — the court is not obligated to give its reasons — Guns.com asked several legal scholars well versed in the Second Amendment to comment.

“The Court may be conserving its institutional capital, and may be reluctant to impose legal change on such a large population,” said David Kopel, adjunct professor of Advanced Constitutional Law at Denver University, Strum College of Law, to Guns.com Monday.

“Courts are most willing to strike laws which are far more repressive than the national norm,” Kopel explained. “For example, only DC, Chicago, and a few Chicago suburbs banned handguns. Fair licensing for carry still does not exist in states which account for about 1/4 of the U.S. population — far more than the fraction formerly covered by handgun bans.”

However, it could just be that the court just has little desire at the moment to further delve into Second Amendment clarification issues.

In the past year, the Supreme Court has declined to hear at least three other cases that addressed the right to possess a gun outside the home.

One of these, Kachalsky v. Cacace, was also helmed by Gura and backed primarily by SAF. Aimed at New York’s strict “proper cause” standards, Kachalsky, like Woollard v. Gallagher, yet another Gura/SAF case, saw its petition declined by the Supreme Court in 2013.

A Texas case that would have expanded carry rights for adults aged 18-20 was also rejected by the court earlier this year.

This sentiment was echoed in a tweet from legal scholar and author Adam Winkler, who sent out, “Supreme Court today declined to hear public carry case. It’s increasingly clear Justices have little desire to clarify scope of 2d Amend,” just minutes after news broke about Drake.

“The Supreme Court seems reluctant to rejoin the battle over the right to bear arms,” he said. “Drake is just the most recent of a series of cases presenting the Court with the opportunity to clarify the scope of the Second Amendment, in particular the right to carry. Lower courts have gone different ways on this, which is usually a strong predictor that the Court will step in to ensure uniformity”

He continued, coming up with three possible explanations of his own as to why Drake was denied.

“Perhaps the Justices on each wing of the Court are worried about which way Justice Kennedy might vote, so they’d rather hold off than take a chance of losing,” Winkler said. “Or perhaps it’s the Newtown effect, as the Justices might not want to expand public possession of guns so soon after that high-profile shooting. Maybe they are just waiting for the perfect case, one with better facts or just the right parties. It’s hard to know.”

Winkler closed by pointing out, “But one thing is certain: The Justices will have more opportunities in the years ahead.”

Regardless of the reasons why Drake was refused, it would appear that the recent Feb. 14 Peruta decision from the 9th Circuit U.S. Circuit Court of Appeals would be next in line to clarify the confusion over how various lower courts are perceiving the issue of guns outside the home.

In Peruta, the 9th Circuit held that San Diego’s strict ‘may-issue’ practices were an undue burden.

“The Second Amendment does require that the states permit some form of carry for self-defense outside the home,” the three-judge panel in Peruta wrote. “States may not destroy the right to bear arms in public under the guise of regulating it.”

Weeks later, the 9th Circuit built upon Peruta with mirror-image decisions in Hawaii and Yolo County.

“Peruta is now the next carry case that’s queued up,” Chuck Michel, senior partner and CEO of Michel and Associates, the firm responsible for the win in Peruta, told Guns.com Monday.

However, Peruta is now set to face a very likely en banc review process that could delay it from reaching the high court. Movement is expected in coming weeks on that case, with the court having sent San Diego County Sheriff Bill Gore on May 1 an order to officially declare whether he would seek such review.

Ironically, Judge Sidney Runyan Thomas — the only dissenting judge in the Peruta decision — is the En Banc Coordinator for the 9th Circuit.

In the meantime, John Drake, Finley Fenton, and the other two plaintiffs in the case still do not have a New Jersey concealed carry permit.