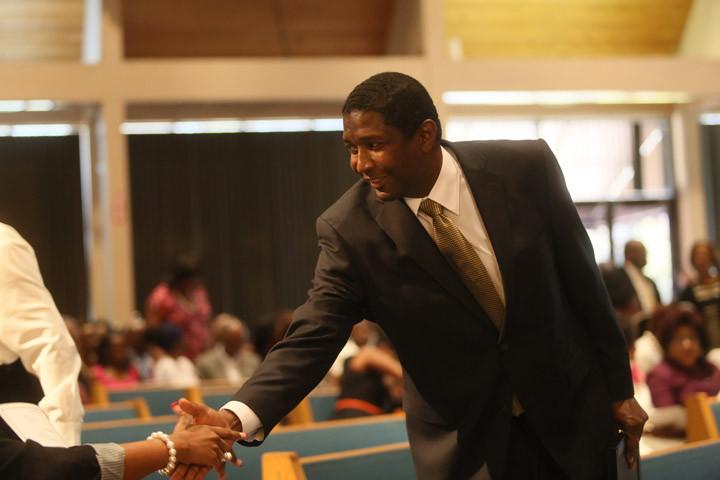 Backed by Arms with Ethics, Broward County is considering a number of voluntary gun control measures in an attempt to skirt Florida’s preemption laws.

The program, under review by county commissioners, would ask private guns stores as well vendors to local police to implement a number of “sales and marketing safeguards,” championed by a gun control group. These would include background checks on employees, increased emphasis on spotting potential straw buyers , as well as inventory control measures.

Program participation, if adopted, would not be mandatory as such regulation is prohibited by Florida’s preemption laws that mandate local city and county government cannot implement gun laws that are stronger than the state’s.

“This is not regulating,” said Dale Holness, District 9 commissioner. “This is coordinating a voluntary effort to ensure that gun sales are done in such a way that the people are protected.”

A strong supporter of the legislation is the little-known gun control group Arms With Ethics, an organization that has had some success recently in the Sunshine State encouraging local governments to implement what they refer to as “responsible gun industry practices.” According to its website these include the same measures outlined by Broward County’s new program.

Casey Woods, founder of Arms with Ethics, contends that these acts will “help reduce the flow of guns to the streets.”

The involvement of the group in the proposed program is a red flag for gun rights advocates in the state.

“Arms with Ethics is nothing more than a ‘special interest’ group trying to get the county to implement its gun control agenda,” Marion Hammer, National Rifle Association past president and the Executive Director of Unified Sportsmen of Florida told Guns.com Thursday. “How would the county react to NRA urging them to require all heads of household to have guns in the home for protection because 911 response time is so slow?”

Florida, with one of the most liberal gun laws in the country, including some 1.2 million concealed carry permit holders, has also seen a steady decline in violent crime for the past 20 years. Among these gun laws is the 2011 preemption statute, which would preclude Broward from making its program mandatory.

This leaves some perplexed at the wording of Broward County’s new initiative.

“No clear thinking county official would believe they can violate the law by establishing gun control criteria and escape punishment by calling it ‘sales and marketing safeguards,'” Hammer said.

Hammer explains that the structure of the program could negatively affect those who do not comply, by making them ineligible for contracts with local police, saying, “Previous reports revealed that gun and ammunition vendors who sell to law enforcement agencies would lose that business if they refuse to ”voluntarily’ adhere to gun control standards imposed by the county. That’s not voluntary compliance, that’s coercion, and loss of business is punitive.”

Broward commissioners as well as the county sheriff are set to discuss the program in coming weeks.