How to choose a second rifle on a budget 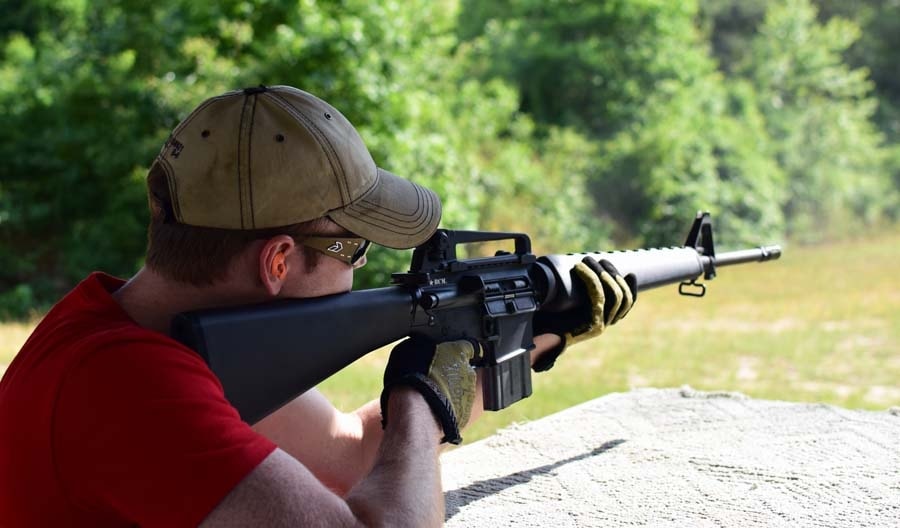 AR15’s are accurate and easy to shoot, but out of the financial reach of many new shooters. (Photo by Jim Grant)

If you’ve ever asked the question, “What first rifle should I get?” You’ve probably received the standard answer: “something in .22 LR.”

Indeed, this is an excellent introductory round. It establishes the core elements of breath, sights and trigger — the fundamentals necessary for a new gunner to blossom into a proficient rifleman. The one thing that .22 LR rifles can’t do, is prepare shooters for the recoil of centerfire rounds. You could graduate from .22 LR to .223 without too much trouble, but the cost of .223 ammo and a rifle that fires it accurately can put this beyond the economic reach of many new shooters. A less expensive solution is to buy a bolt-action rifle, chambered in 7.62x54r or 7.62×39 and two cases of ammo.

Some of you are gasping at the prospect of a new shooter blasting off rounds from the Mosin Nagant, beating their shoulder up and scaring them off from shooting forever. This might happen, but if they learn proper form from their .22 LR starting rifle, then the Mosin will be a substantial, but not unmanageable increase. In the event that the shooter is too recoil or noise sensitive to enjoy a Mosin, a Serbian-made Zastava M85 Mini-Mauser in 7.62x39MM can be purchased for around $400.

Soft-kicking inexpensive cartridge in a proven, accurate platform for under $500, the M85. (Photo credit: 24HourCampFire.com)

An M85 Mini-Mauser is a substantial improvement over the Mosin, because it’s more easily scoped, its ammo costs the same as .22 LR (seriously, look it up, it’s depressing) and this ammo isn’t corrosive. Furthermore, the Zastava tends to be more accurate and is also suitable for hunting medium and small-game, with appropriate ammo. Why not buy an AK rifle? You could, but many places won’t let you take it hunting, and new shooters will be more likely to blast through magazines without building on their shooting fundamentals. If the new shooter wants to take the semi-automatic route, an SKS is less expensive and banned in fewer states than its Avtomat brother. The biggest reason is because of accuracy, a properly made bolt-action rifle will be more accurate and provide a shooter with positive reinforcement for good habits. Plus, most AK rifles are a few hundred dollars over the M85’s $400 price point. 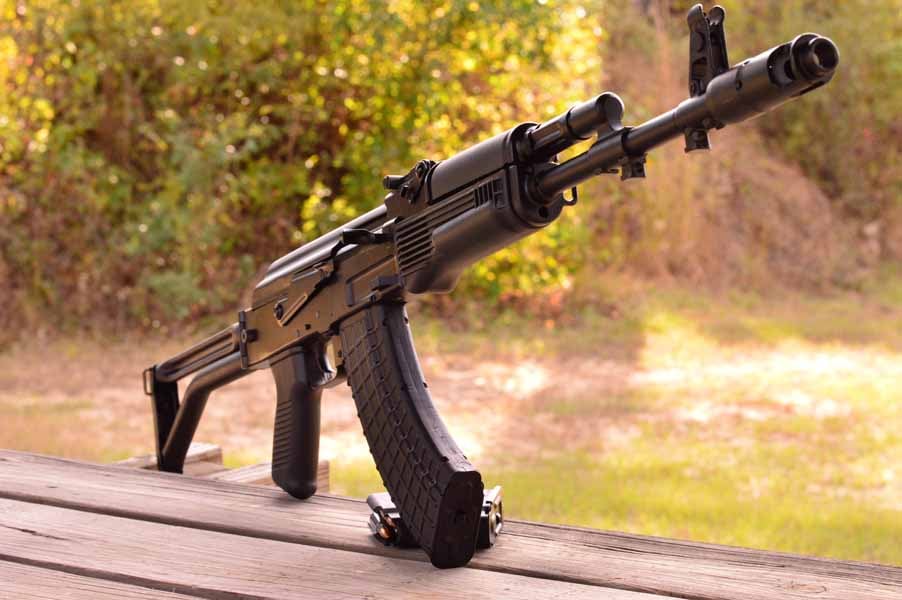 I love AKs, but they don’t make the best second rifles. (Photo by Jim Grant)

Will this be as accurate as an AR-15 in 5.56? Probably not. But this affordable combination allows new shooters to experience the increased recoil of a bolt-action full-powered rifle, without spending hundreds if not thousands of dollars on ammo and rifle.

The Mosin’s combination of recoil and noise isn’t a good starting point for newbies and will likely lead them to develop a flinch that they will have to correct later. However, if the shooter already has a few hundred rounds of rimfire ammo under their belt, the Mosin will allow them to apply lessons learned from their rimfire rifle to the powerful Soviet blaster. The trade-off is that the Mosin likely won’t be as accurate as the starting .22 LR and may lead shooters to believe they are getting worse, not better. This likely wouldn’t be an issue with the M85, but you’ll have to spend over $250 more for it than the Mosin.

Most shooters, after they run a few boxes through their first .22 LR, feel they are immediately ready to dive into a larger caliber. Patience is a virtue, don’t be hasty to discard your .22 LR the second you see something more powerful. The .22 LR is a great stand alone rifle. Not just for training, but plinking and hunting small game as well. However, when coupled with a centerfire rifle on an identical platform, a .22 becomes a serious training tool since the shooter can apply lessons learned from one platform to the other. 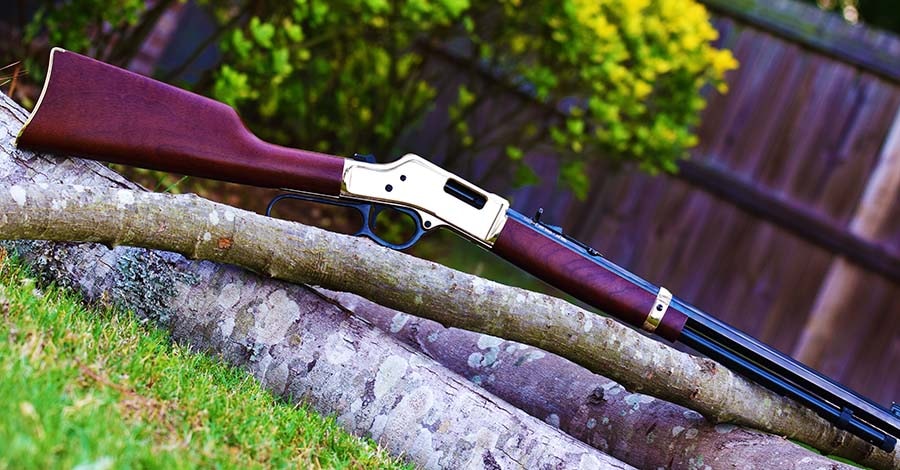 The Big Boy makes a great companion to the Goldenboy, but the rifle and ammo are expensive. (Photo by Jim Grant)

It is important to try and make sure the weapons you purchase have similar, if not identical, methods of operation to maximize training. If you end up buying a Henry Goldenboy in .22 LR, you may want to consider a Big-Boy in .357 Magnum. If you bought a Ruger 10/22, any magazine-fed semi-automatic will do, but you’ll feel exceptionally comfortable with the Ruger 10/44 Deer Carbine, the controls are identical.

If you can’t find two similar platforms to train or practice on, it’s not the end of the world. Some aspects of shooting are universal across all platforms. Just understand that you’ll have to unlearn some of your shooting habits when you change weapon-systems. Above all else, make sure whatever you buy fits you and your budget. The greatest marksman in the world isn’t worth a damn if they can’t afford to buy food, let alone ammo.