The CIA secretly developed a demon-Osama bin Laden action figure, known as “Devil Eyes,” in an effort to scare children and their parents away from following the late al-Qaeda leader.

The action figure was developed in 2005 as part of the CIA’s “influence operations” — the agency’s way of persuading various populations to adopt a particular belief or ideology — but was shut down before production could begin, Washington Post reports.

Heat-dissolving paint covered the action figure’s face and was designed to peel off to reveal a tattooed red-faced bin-Laden underneath.

The brains behind the covert toy was former Hasbro executive and G.I. Joe inventor Donalde Levine, who died recently at the age of 86.

According to the CIA, once they saw the first prototypes, the canned the project and none of the toys actually shipped out. 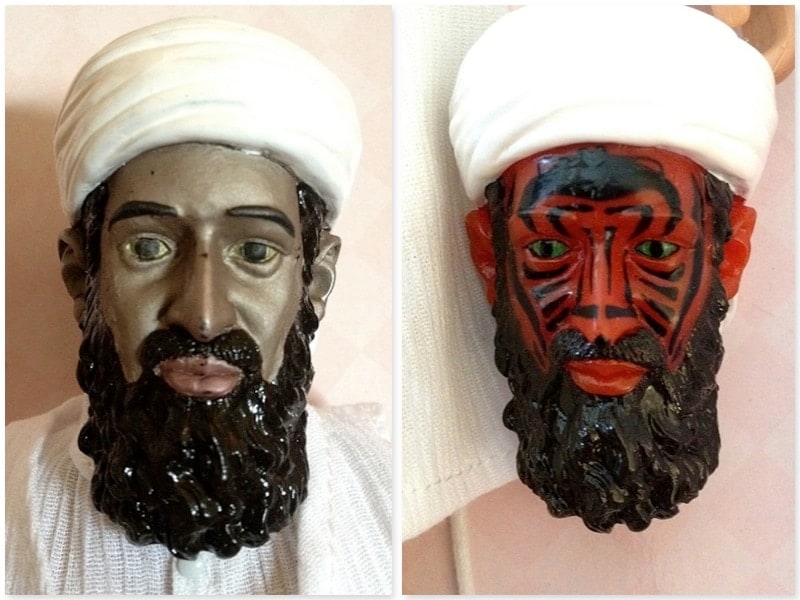 The heat-dissolving paint was intended to peel off to reveal a green-eyed, red-faced bin-Laden underneath. 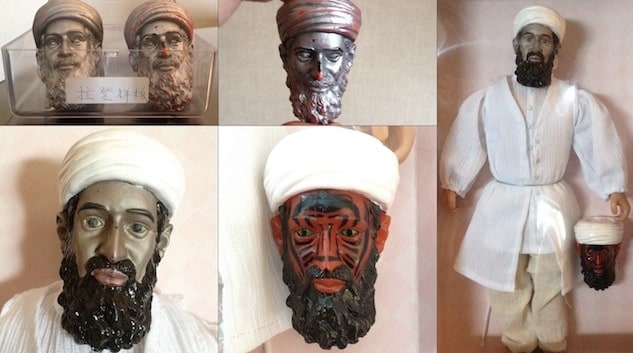 Only three prototypes were created before the entire project was scrapped.