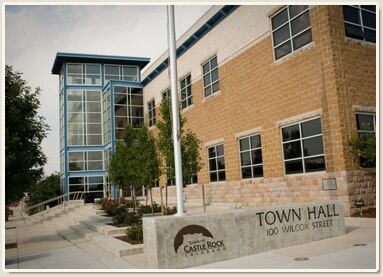 Voters in Castle Rock, Colorado, will decide on local laws concerning open carry of firearms in an upcoming ballot following a decision by the town council.

The town council had, in a 4-3 vote held in January,  decided to repeal the city’s 2003 ban on open carry. However, a petition filed by 2,500 opponents to the council’s decision managed to block its implementation.

This led to a 6-1 council vote last week to send the question of the repeal to the voters.

“This is perfect; it is a reaffirmation of our constitutional rights,” council member George Teal told the Denver Post. “I wholly support this measure because it rights a wrong.”

Voters will be asked to decide ‘yes’ or ‘no’ on amending the town’s home rule charter covering the repeal of the Town Manager authority to restrict the open carry of firearms in town-owned buildings and parks. The city of 51,000 does not regulate open carry on private property or businesses and even notes on its website that concealed carry with a permit is allowed almost everywhere in town.

Council member Chip Wilson entered the sole dissenting vote on the special ballot, which will cost $50,000 to organize.

“I feel like the process has just picked up an inordinate amount of speed,” Wilson said.

Open carry has been a hot-button issue in the media of late with well-known gun control groups taking a very vocal stand against the pro-Second amendment movement. This led to a public flip-flop from the National Rifle Association on the tactics used by these groups.

The Centennial State is no stranger to open carry controversy, which saw the city of Colorado Springs shell out $23,000 last December to a local man wrongfully arrested for open carrying in a city park.

The special election will be by mail, and ballots will be sent to registered Castle Rock voters in early August.

Voters can register up to – and including the day of – the election. Residents who want to ensure they are registered, or need to register, can contact the Town Clerk’s Office, townclerk@CRgov.com or 303-660-1367. Or, they can visit www.govotecolorado.com.