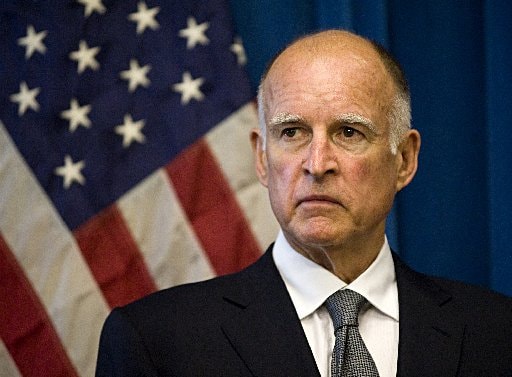 In a move that a gun rights group contend will ban the sale of most of the remaining modern handguns in California, Gov. Jerry Brown signed AB 1964 Friday.

Current law allows a gun shop to convert a semiautomatic handgun not on the state’s approved roster to fire single-shot only (no semiautomatic reload of a bullet in the firing chamber), typically through use of a magazine plug and extended barrel.

Now, instead of allowing semi-auto handguns, the legislation will limit the guns eligible to be converted to “break-top or bolt-action” only. Further, the bill requires any gun that has been converted to meet all of the same testing requirements on the state’s dwindling approved handgun list. AB 1964 had previously passed the Assembly by a 48-25 vote and the Senate by 22-13 before being signed without comment by Brown along with 14 other bills Friday.

The legislation’s sponsor, Assemblyman Roger Dickinson (D-Sacramento), contends that as many as 18,000 of what he terms “unsafe” single-shot handguns were transferred in the state in 2013, and his bill, now signed into law would halt this practice.

Gun control groups were elated Friday at the news of Brown’s signature on AB 1964, believing it closed a loophole in state law.

“Gun dealers in California have been skirting the law and selling handguns without child safety features, putting profits over the safety of Californians,” said Nick and Amanda Wilcox, legislation and policy chairs of the California Chapters of the Brady Campaign to Prevent Gun Violence to the LA Times.

The Brady group, which labeled it a ‘priority bill,’ had lobbied for the measure’s adoption, as had the Coalition Against Gun Violence, and the Law Center to Prevent Gun Violence.

A number of West Coast gun rights groups publicly opposed the measure. One of these, the California Association of Federal Firearms Licensees (CAL-FFL), sent an open letter to Brown last week requesting a veto of the legislation, contending that the bill was flawed and would not improve public safety. According to the group, the bill will make it virtually impossible for law-abiding residents of the Golden State to acquire a ‘non-Roster’ handgun in common use for lawful purposes, like self-defense.

“I wish I could say that we were shocked by the Governor’s irrational decision to sign AB 1964,” explained Brandon Combs, president of CAL-FFL in a statement Friday. “Sadly, the status quo for elitist Sacramento politicians is to ignore the Constitution and act with blatant hostility towards our Second Amendment civil rights and sound public policy.”

As the law will go into effect on Jan. 1, 2015, current California residents seeking to obtain a single-shot exemption for guns lawfully modified from semi-automatic designs will have to file their paperwork by Dec. 15 and take possession before the end of the year.