Want to get better at shooting? Start competing 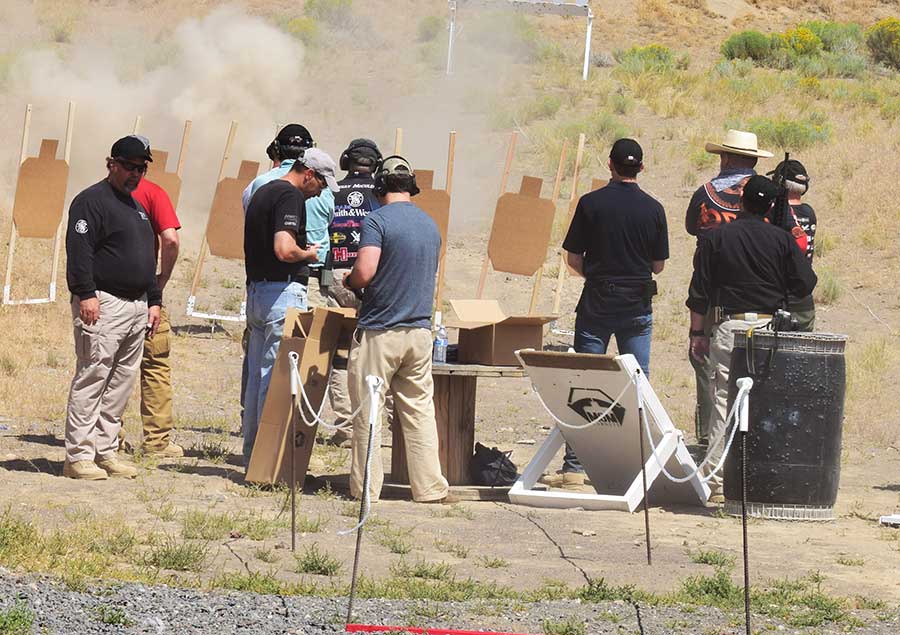 One great way to motivate yourself to shoot more often, is to compete with a group of friends or like-minded individuals (Photo: Jim Grant)

The most important part when starting out, is to pick the shooting sport that a shooter both enjoys the most, and lends itself to the shooter’s skillset. No matter what discipline you excel at, there is a shooting sport for you.

When most people think of competitive shooters, they think of guys like David Sevigny or Jerry Miculek, decked out in Under Armour clad in every gun-maker on the planet’s logo, shooting a $5,000 gun at blistering speeds. While these guys are both examples of competitive shooters, they are at the very apex of skill, representing the top 1 percent of shooters on any circuit. When you first enter any shooting league, they will likely be placed in a totally different division than you, just as Muhammad Ali didn’t fight a ton of rank amateurs late in his career.

Assuming you’ve now overcome the fear of competing, it’s time to determine what you want to shoot and how. Maybe you’re a lifelong duck or pheasant hunter who owns a few over-under shotguns, but never took a swing at clay pigeons before. An ideal sport for you would be either clays or trap shooting, where the same skills that make for a successful hunt, translate directly into accurate shotgunning. If you’ve a long-range varminter who loves heavy, scoped rifles, you may want to give National Rifle Association High Power Rifle Competition a try.

Skills you learned hitting prairie dogs from over 100 yards away will make you feel right at home shooting bullseyes at similar ranges. 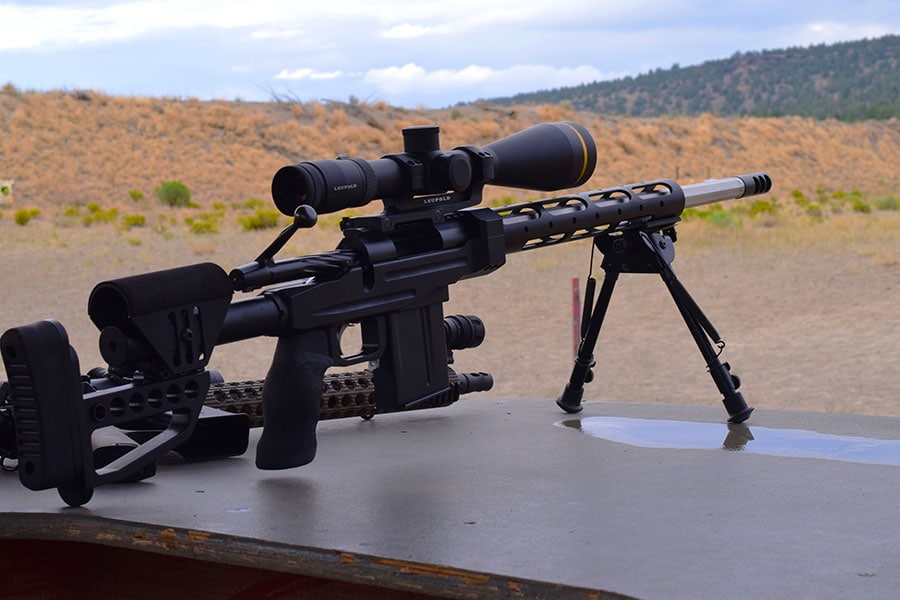 One great thing about modern competitions is that most don’t require expensive equipment like this custom rifle. (Photo: Jim Grant)

Shooters who live in more urban environments or simply those who fancy themselves pistoleers, should try their hand at any number of handgun-centric competitive shooting leagues. Groups like the International Defensive Pistol Association, International Practical Shooting Confederation and United States Practical Shooting Association cater almost exclusively to handgun aficionados, and can be pretty difficult, especially for new shooters.

Many experts tell new shooters to attend a match and simply observe to get a better idea of how things work. I agree, though with a caveat. It’s often better to attend a local range’s practice match to get a better idea of how things are run. Because there won’t be as many shooters, people generally won’t be in as much of a hurry and the Range Safety Officers won’t mind taking a few extra minutes to answer any questions you might have. If the thought of memorizing rules and courses of fire seems overwhelming, try something simpler first.

Two types of matches I often tell people to attend to get their feet wet in competitive shooting, are NRA Bullseye and bowling pin matches. 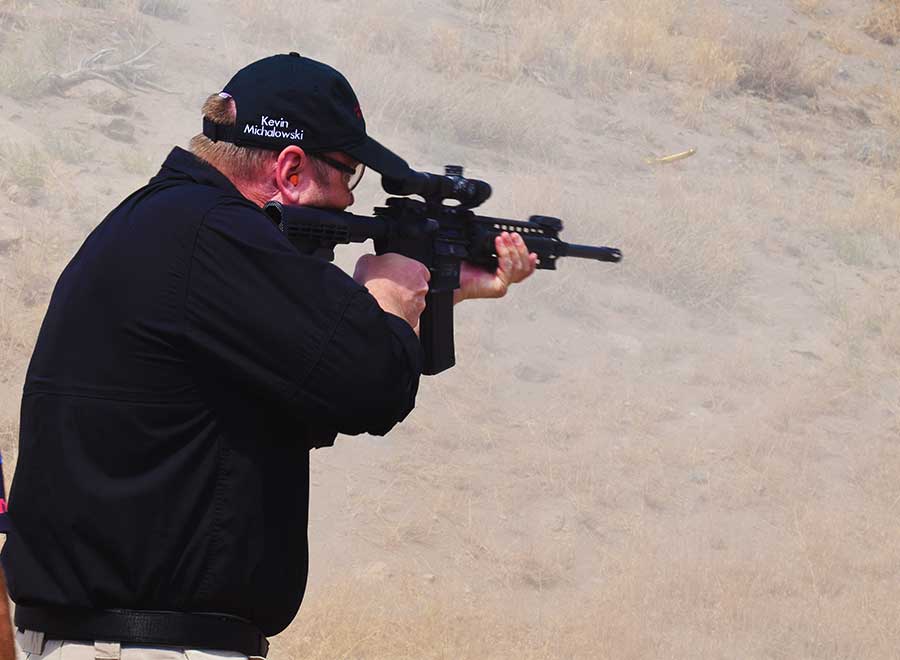 Bowling pin matches are either shot with a pistol or a carbine, like this Smith and Wesson AR 15 (Photo: Jim Grant)

Most successful competitive shooters have shot NRA Bullseye matches at some time in their lives. The basic premise is shooting as accurately as possible before the match timer goes off. Thankfully, shooters are allotted copious amounts of time for all but the rapid-fire stage of the competition, and that portion still gives each competitor two full seconds to fire each shot.

Bullseye competition makes every shooter who runs it a more accurate shot. This is the best foundation for a would-be competitive shooter or defensive pistol user because it focuses on the fundamentals of marksmanship. Once you have competed in a dozen or so bullseye matches, you’ll notice that your buddies at the range might start calling you dead-eye or asking if you put a special trigger in your guns. At this point you’re ready to add the next element of modern, action-shooting competition: speed.

One of my favorite matches to shoot, bowling pin matches are simplicity itself. Shooters stand on a line facing down range with their pistols either at a low ready or on a table, and at the sound of the buzzer, grab their handgun and shoot the pins off the table. Whoever shoots them off the fastest, wins. Sounds easy, right? The difficulty comes when you try and rush through it. The second you focus entirely on speed, you’ll forget every fundamental you’ve ever learned, unless you’ve got thousands of hours worth of training.

Modern matches won’t pit you against someone like Chris Cheng, winner of Top Shot, unless you’re good enough to go toe to toe with him. (Photo: Jim Grant)

The bowling pin match, much like steel plate matches, boil down to marksmanship under duress, which is the most difficult part of any shooting competition. By removing everything else, these matches help hone shooters into fast, accurate gunners in an enjoyable, less intimidating environment than say a 3-gun match. Plus, it’s more fun to go to these events and practice with groups of guys than to go to a static range by yourself and punch paper for a few hours.

After competing for a few months many shooters will see a dramatic increase in their speed and accuracy, achieving gains that would normally take years of static range training. These two basic shooting leagues serve as great springboards for gunners who wish to graduate to IPSC, IDPA 3-gun or even speciality matches like Glock Sport Shooting Foundation matches or Cowboy Action Shooting leagues. As long as you follow the two most important rules that apply to every league, be safe and have fun, shooters will find the experience invaluable.