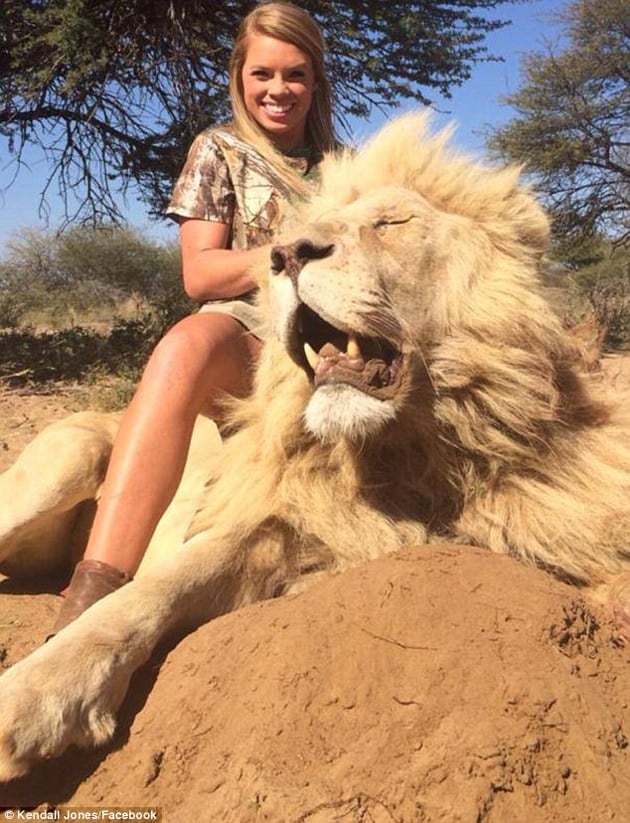 Jones became a polarizing figure in July when she launched a Facebook page sharing photos her big game hunts in Africa. She said she wanted to promote the sport and the outdoors, and hoped to host her own hunting show in 2015.

The photo gallery pissed off many, leading to an online petition asking that she be banned from hunting in African states, which gained more than 150,000 signatures, a Facebook page calling for her death, and a desperate congressional candidate willing to pay big bucks for nude photos of her for Internet shaming.

Now 20 years old, Jones launched her show with the help of Remington on Youtube last week.

Remington said it will provide the firearms and ammunition for Jones and her friends to hunt a variety of critters. The show kicked off Oct. 21 with a gator hunt in Louisiana.