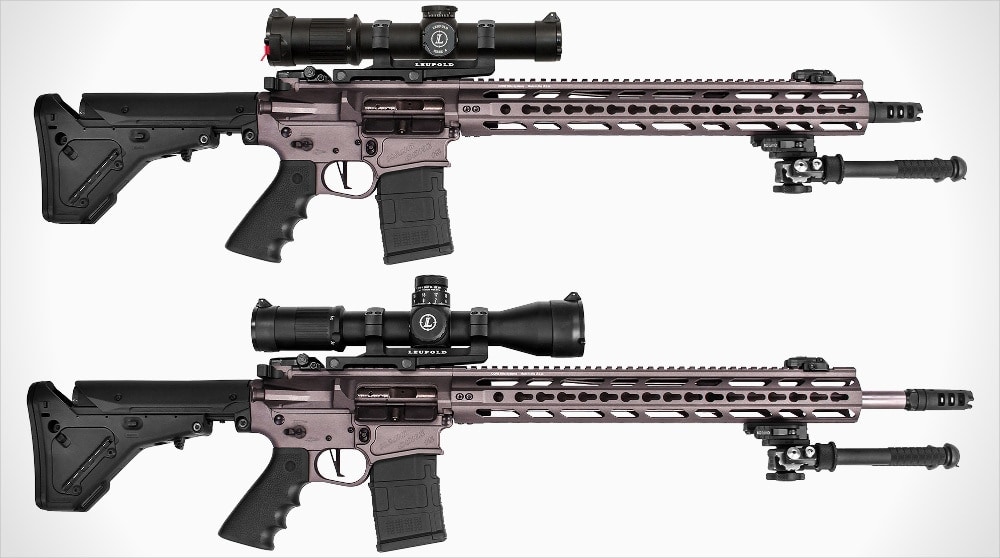 Core Rifle Systems got its start not too long ago making straightforward, competitively-priced no-frills AR-15s in basic configurations.

To some, the CORE15 series was even a little boring, another brand of M-forgery in your choice of Magpul colors. Solid, well-made, but a little boring.

In the past couple of years things have changed in a big way with a wide spread of CORE15 rifles in different calibers with optional gas piston systems and the company even offers .308 Winchester ARs with its recent CORE30 series of rifles.

Now the company is taking things to a new level with its Hardcore X-series CORE15 rifles.

These are premium, downright semi-custom rifles made to a very high standard assembled with parts made by companies leading the industry like Lantac, Battle Arms Development and of course, Magpul.

Each rifle is built on a matched pair house-designed 7075-T6 alloy aluminum receivers with a durable “Sniper Grey” Cerakote finish. The 4140 steel barrel is free-floating thanks to a matching grey KeyMod handguard.

The X-series rifles all come with full-length 14-inch handguards that run out to the muzzle device, which happens to be a Lantac Dragon, one of the newest stars in the practical-tactical spotlight. The Dragon not only looks great its performance places it at the top for muzzle control and level shooting.

The bolt carrier is 8620 steel with a low-friction, grime-resistant nickel-boron finish and a properly-staked, chrome-lined gas key. The bolt is Carpenter 158 steel with an upgraded extractor spring and tool steel extractor.

Core selected CMC for the fire control group. CMC triggers may not be as well-known as Geissele or Timney but they make outstanding products. Core opted for a two-stage trigger with a three pound pull and a three pound break for these rifles.

All come with one 20- and one 30-round Magpul magazine where available to accommodated standing and bench-rest shooting. And while the stocks are also by Magpul Core opted to use Hogue overmolded pistol grips for the series.

Depending on the model, the X-series rifles come with Magpul ACS or enhanced UBR stocks. Both are a step up from their base offerings but the UBR is one of Magpul’s best, designed for long-range shooters, which is why it’s included in their X2 and X4 packages.

All X-series rifles are issued with Magpul Pro folding iron sights but the X2 and X4 come with a serious optics package including a high-end Leupold scope and Atlas bipod.

Only the best for the X2 and X4. They’re equipped with Leupold Mark 6 1-6x20mm riflescopes for use at any range from close quarters out to about 800 yards for the qualified shooter, made easier with help from the Atlas BT10 bipod. These models also have lighter triggers that take a pound off each stage.

The base model X1 and X3 have MSRPs set at $2,499 and $2,599. Even at those prices it would be a challenge to build a similar rifle for much less and of course, MSRPs are higher than what you’d expect to pay in real life.

Add an additional $3,000 for the X2 and X4 — not a bad price considering the scope by itself lists for $2,750. Throw in the mount, bipod and stock and it rounds out nicely.

These rifles feature a lot of the parts that are redefining what the AR-15 can be and Core really nailed it with these new Hardcore rifles.

The CORE15 Hardcore series is expected to hit stores this December. If you like what you see but can’t muster the funds check out what else Core has to offer on its website. They’ve added a lot of new products and there might be something just perfect for you.