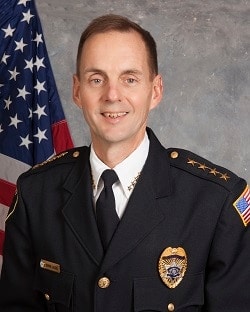 Just days after a Wisconsin police department asked residents to open their doors so they can come and inspect for illegal guns without a warrant, officials have now changed their minds following scathing reaction.

As part of a short-lived new “Consent to Inspect” program, Beloit Police Chief Norm Jacobs had envisioned his officers responding to calls from area residents who volunteered to a check of their home for guns after signing a waiver.

At the time Jacobs stressed that, “Gun violence is as serious as the Ebola virus is being represented in the media, and we should fight it using the tools that we’ve learned from our health providers,” which included house calls.

This led to an outpouring of negative reaction on social media and numerous calls to the department.

Now the city has pulled the plug on the program.

“While the program was strictly voluntary and required a signed release before police could enter a residence numerous individuals have expressed concerns about the fact that people’s homes would be inspected or searched as part of the process,” stated a press release posted to the department’s Facebook page late Tuesday.

Continuing, “At this time, the department is withdrawing its offer under this initiative, and will be submitting the program to the City’s legal office for further review.”

Officials however do still clarify that those wanting to safely dispose of an unwanted firearm should contact the department to make arrangements.