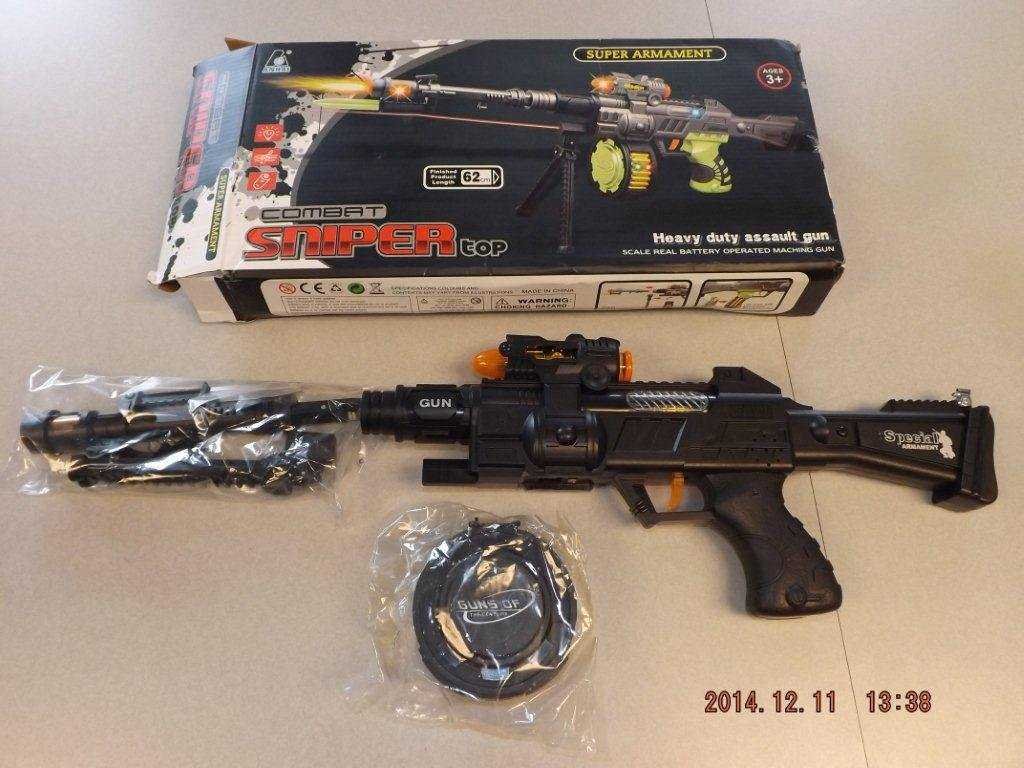 Several major retail stores are under the gun over some of the toys they’re illegally selling in New York, officials announced Thursday.

According to state law, toy guns are prohibited if they come in realistic colors like black, blue, silver or aluminum, unless a non-removable, one-inch-wide orange strip runs down both sides and the front end of the barrel, the attorney general’s office said.

“When toy guns are mistaken for real guns there can be tragic consequences,” Schneiderman said.

An investigation into the toy gun sales revealed that at least one store, a K-Mart in suburban Rochester, sold the banned toys on premises.

Wal-Mart has already been court-ordered to stop selling the contraband in-store after an earlier state investigation found it was doing so, but online sales continued. A spokesperson for the mega-chain told CBS2 that the company will work with the attorney general to make sure it is in compliance.

The guns — some of which were advertised as “realistic looking” — range in price from just $10 to several hundred dollars and easily attainable through the stores’ websites.

Schneiderman’s office said that since 1997 there have been four people killed and one child seriously wounded after police mistook their toy guns for the real thing.

“The safety of our customers is a top priority. We are in the process of immediately removing any non-compliant toy guns that are offered for sale by Sears or Kmart to New York consumers. We will fully cooperate with the New York Attorney General in its investigation,” Sears said in a statement.