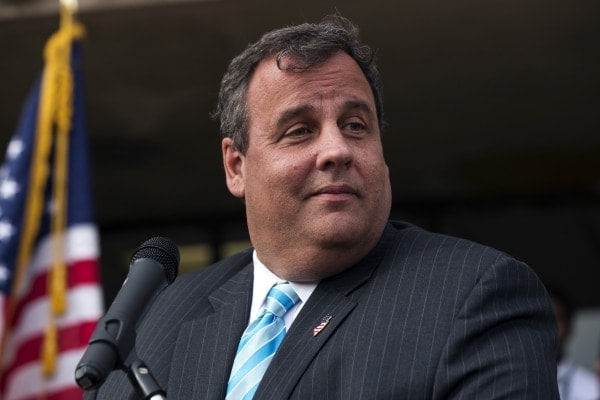 After vetoing numerous gun control bills in the past two years in New Jersey, the administration of Gov. Chris Christie is proposing a number of increased regulations on both gun owners and dealers. (Photo: AP)

Both firearms retailers and gun owners may soon have to contend with a myriad of minor changes to state laws in New Jersey ranging from shotgun reclassification to records inspections and other mandates.

As reported by NJ.com, the Garden State’s 377 firearms dealers and manufacturers could see a host of new hoops to jump through to stay in business. Among the proposed changes would be a requirement to report guns lost within 24 hours, forcing both gun shop owners and employees to get retail licenses, and make their records open to inspection by the state police. These moves are classified as being needed to address instances of thefts and missing guns in recent years.

“From 2012 to the present time, there have been six reported incidents of thefts and/or lost firearms from retail dealers,” reads the proposal. “It is critical and in the best interest of public safety, health, and welfare that retail and wholesale dealers and manufacturers of firearms be held to the highest standards of security to prohibit the possibility of a firearm being used in the commission of a violent crime.”

Besides making their records available to the state police during business hours for inspection, New Jersey gun dealers would have to immediately notify authorities if their alarm system is not working, not store firearms off site without prior approval of the state, and have store employees obtain retail licenses for each location they work at, even for temporary transfers. In addition, the currently mandated 48-hour reporting period for guns discovered lost or stolen would be halved to 24.

Dealers who maintain electronic records would be required to back up their system every day download and print a current copy of their database every quarter and provide it to the state police if asked.

A number of the proposed changes would also affect gun owners.

Among the changes would be a redefining of some semi-automatic shotguns as “assault firearms” should they possess one of more listed features to include a magazine capacity exceeding six rounds, a folding stock, or a pistol grip. Currently semi-auto shotguns are only classified as such if they have two or more of these features. This would make several popular home defense and 3-gun competition shotguns such as the Benelli M4 and FN SLP the subject of increased regulation.

In addition, there is language in the proposal prohibiting a person on a consolidated Terror Watch List from being issued a permit to purchase a handgun or obtain a firearms identification card and a move to invalidate purchaser identification cards within 30 days of a name, address, or sex change. Finally, tasers would be added to the state’s definitions of lethal weapons.

The host of proposed changes could provide damaging political ammunition to New Jersey Gov. Chris Christie down the road. Long considered a Republican candidate for the 2016 presidential election, national attention has been focused on Christie’s approval — or lack thereof — of gun legislation.

In 2013, he ran a horse in both races by first backing a sweeping gun control agenda that included a ban on the sale of .50-caliber ammunition and rifles only to veto three bills placed on his desk that fall which would have done just that in addition to other measures.

In 2014, Christie dramatically rejected legislation passed by wide margins through the state legislature that would have limited gun magazines to 10 rounds of ammunition or less. Rather than signing the bill, which was championed by gun control advocates, Christie kicked it back down to lawmakers with instructions to include a host of mental health changes, which they did not.

Firearms industry groups, meanwhile, are not impressed with the proposed set of rule changes handed down by state officals.

“We look forward to explaining to the NJ State Police why the current extensive regulations is more than sufficient and no new burdens should be imposed on law abiding dealers,” Larry Keane, general counsel for the National Shooting Sports Foundation told Guns.com Thursday.

The current regulatory changes are open for comment until Feb. 13.