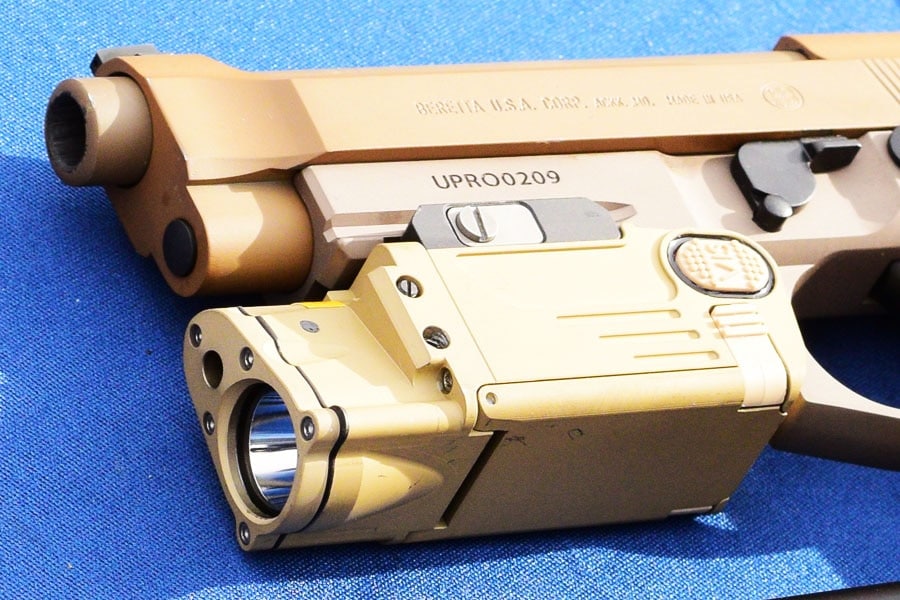 Steiner Optics is known for, you guessed it, their scopes. But at the 2015 SHOT Show in Las Vegas, it wasn’t their optics that made a splash, it was their newest addition to their extensive light and laser line. The SBAL-PL is a rail-mounted, battery-powered 500-lumen illuminator coupled with a green laser aiming module wrapped in an aluminum shell.

This military-grade laser, illuminator combo is built from hard-coat anodized 6061-T6 aluminum and comes in black and FDE. The unit is a tank. Neither I, nor the 300 plus pound gentlemen beside me were able to crush, bend or otherwise disable the units with our hands. Not a definitive test, though it does speak volumes of its robust construction. 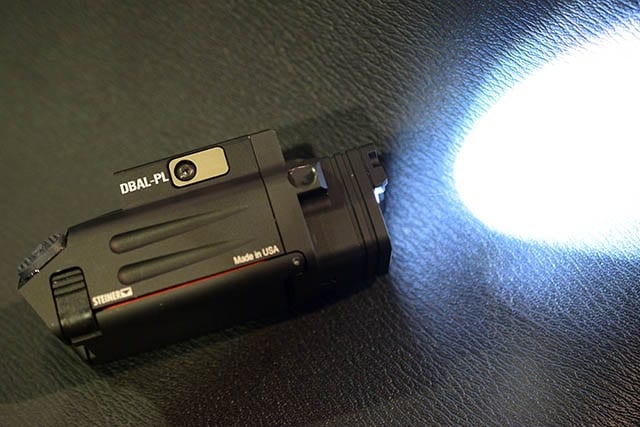 Despite its rugged built quality, it weighs a scant four ounces. The combination was seen at the Media Day range the day before SHOT attached to the headlining Beretta M9A3 pistol. Which makes sense. Both have military applications and are owned by the Beretta Holding company.

The SBAL-PL should be available Summer 2015, and has an estimated MSRP around $650. Somewhat higher than its competitors, though the Steiner device is built tougher than any civilian-legal illuminator at its price point.