The RIA XT 22 Magnum was first teased back in 2012. It looks like this year it will become a reality.

We’ve come to expect a lot from Rock Island Armory and Armscor at the Shooting Hunting Outdoor Trade Show in January where they unveil the bulk of their new lineup for the year. Not surprisingly 2015 will see a host of expanded product lines and all-new guns thrown into the mix.

The conversion kits are for Glock 17 and Glock 22 pistols using 9mm magazines. Since 9mm is slightly shorter than .22 TCM, Armscor has developed a new .22 TCM 9R load with a slightly set back bullet. The conversion kit-specific cartridge is otherwise equal to standard .22 TCM loads in terms of performance. 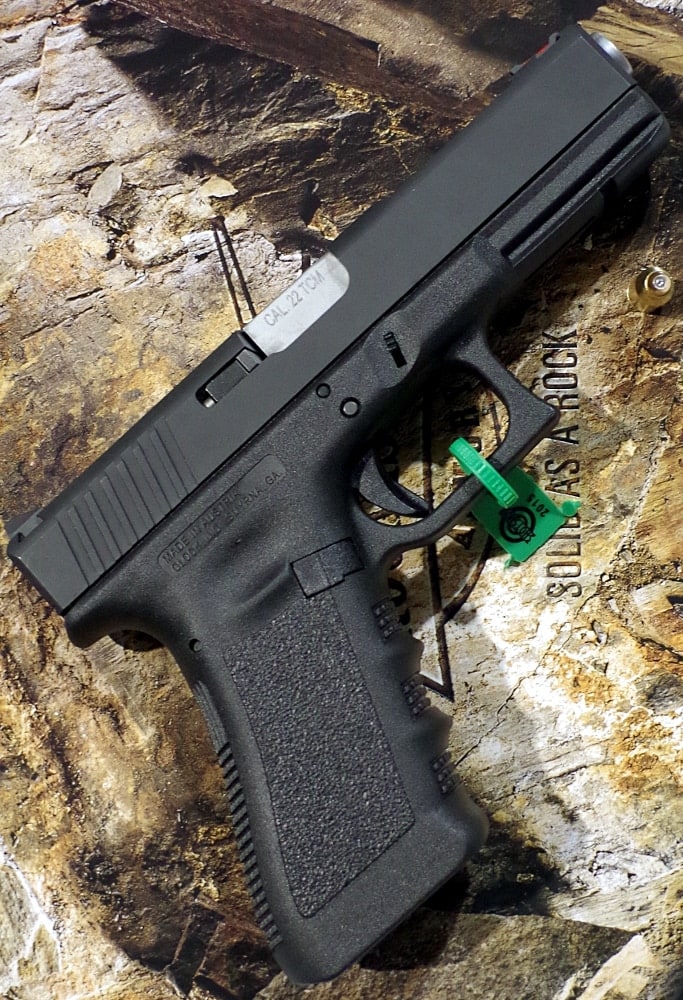 They’re also adding a .22 TCM single stack conversion kits for 1911 pistols. Both the Glock and the 1911 kits will have a suggested retail price of $399 and will be released mid-year.

“We think this is the start of something big,” said Martin Tuason, Armscor and RIA president.

“The enthusiasm we’ve seen around the TCM has only grown over time as new shooters discover what it can do,” he said. “Imagine giving anybody that owns a popular 9mm pistol the same ability to experience the blazing performance of our favorite cartridge, we’re on our way to making that dream a reality.”

When they first introduced the .22 TCM cartridge and pistol made to shoot it, Armscor included a 9mm barrel with each pistol so that shooters could use common ammo with their guns in case they couldn’t find .22 TCM.

Soon Armscor and RIA proved more than up to the task of producing .22 TCM ammo in quantity and at affordable prices so they stopped pairing their .22 TCM pistols with 9mm barrels. Clearly the demand for combo guns has been enough that they are bringing back kits with 9mm parts included.

RIA is releasing five new full-size and mid-size .22 TCM pistols with 9mm conversion kits, in both their more traditional Rock series as well as with their railed TAC pistols. These pistols were announced late last year and should be available soon if not immediately.

Armscor and RIA have put the spotlight on .22 TCM but the gun that’s going to really shine this year is the XT 22 Magnum. 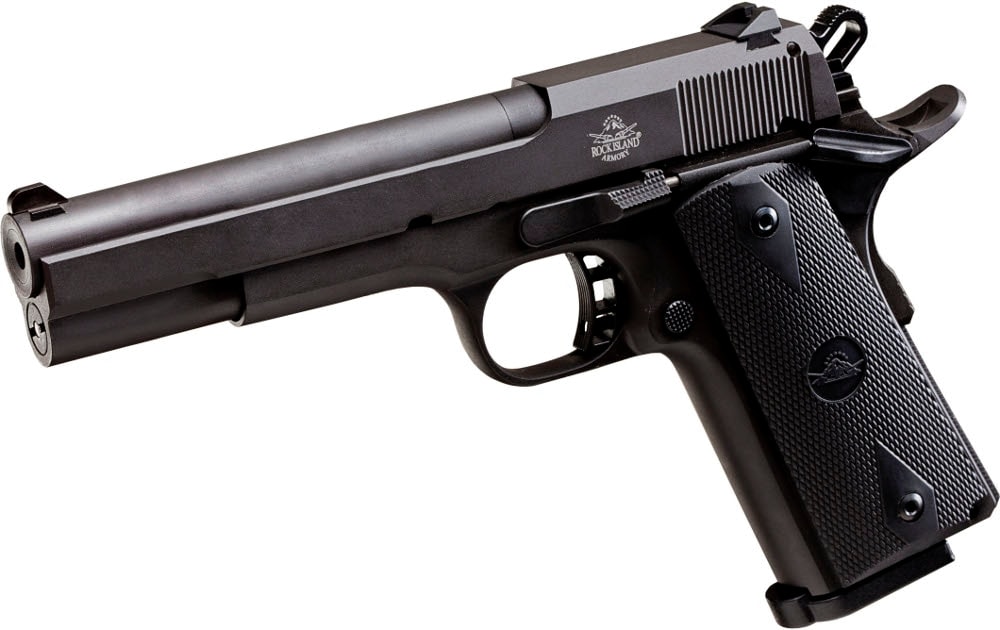 The XT 22 Magnums we’ve seen all have had fixed rails on top for optics. This pistol may not be quite the same as production guns. (Photo: Armscor/RIA)

Through the work of some magazine magic they’ve developed a full-size .22 Magnum standard 1911-style pistol with a 15+1 capacity. The skinny cartridges can be loaded in a double-stack configuration without having to use a wide-body frame to hold them all.

The XT 22 Magnum will make a lot of people happy when it hits the market. Fans of Rock Island and Armscor may remember that they first announced the design in 2012. Sadly, the wait isn’t over yet as the XT 22 Magnum will be a third quarter release this year. 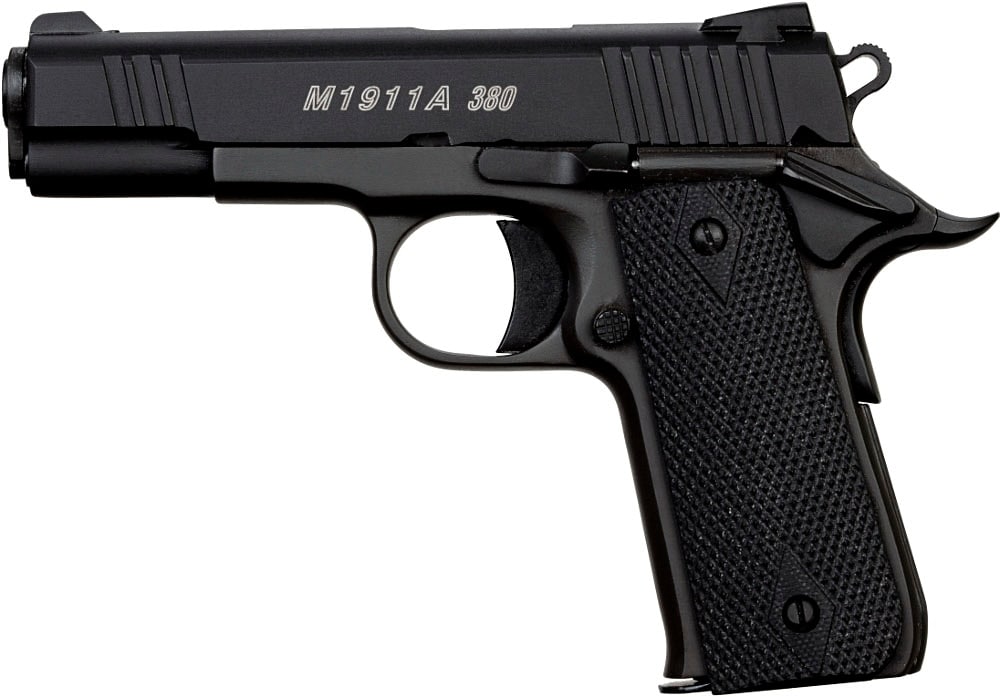 The new Baby Rock is solid move on their part. It’s a 1911 scaled from .45 ACP down to .380 ACP size. While it is direct blowback, the all-steel construction and full-length grip do a good job at keeping the recoil down. The gun is slightly larger and heavier than other blowback pistols like the Walther PPK, and not in a bad way. The Baby Rock also has an above-average 7+1 capacity.

Apart from the recoil operation it’s otherwise just a small-scale 1911 and will appeal to fans of John Browning’s design. With a suggested retail price of just $459, the Baby Rock is also priced accessibly. The Baby Rock is expected to hit shelves late summer 2015.

Armscor and Rock Island are also adding two new GI-series pistols, a mid-size and a full-size double-stack pistol. The mid-size has a shortened slide assembly and full-length grip with an 8-round magazine capacity and the double-stack model has a full-size slide and a generous 14+1 capacity.

Finally, they’re bringing back their SA shotguns in black and with a camo treatment. RIA fans, this year is looking better than ever.