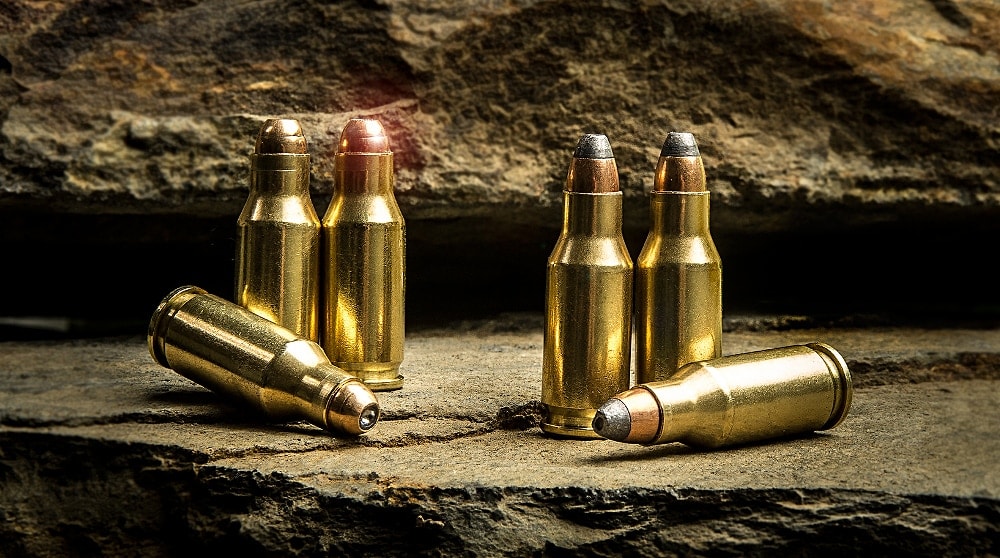 Armscor released more information about the modified .22 TCM 9R, a cartridge designed to be used with conversion kits for 9mm and .40 S&W Glock pistols.

Designed specifically for Rock Island Armory 1911s, the original .22 TCM cartridge has developed a dedicated following in the shooting world. A high-speed, low-mass firebreather, .22 TCM outperforms other cartridges like FN 5.7x28mm and manages to cost less and be easier to find.

From handguns, the cartridge is on par with hot 9mm in terms of energy at the muzzle and the cases are a similar diameter. The problem is that .22 TCM is just a little too long to fit in 9mm or .40 S&W magazines, it was designed for longer 1911 magazines. In order to make this work, Armscor had to do something different.

An easy solution would be to load the cartridges with the bullet set back just a tenth of an inch, but then the taper of the bullet would mean that the diameter of the projectile at the crimp would be smaller than the case mouth. In order to shorten the overall length of the cartridge Armscor selected a different kind of bullet. 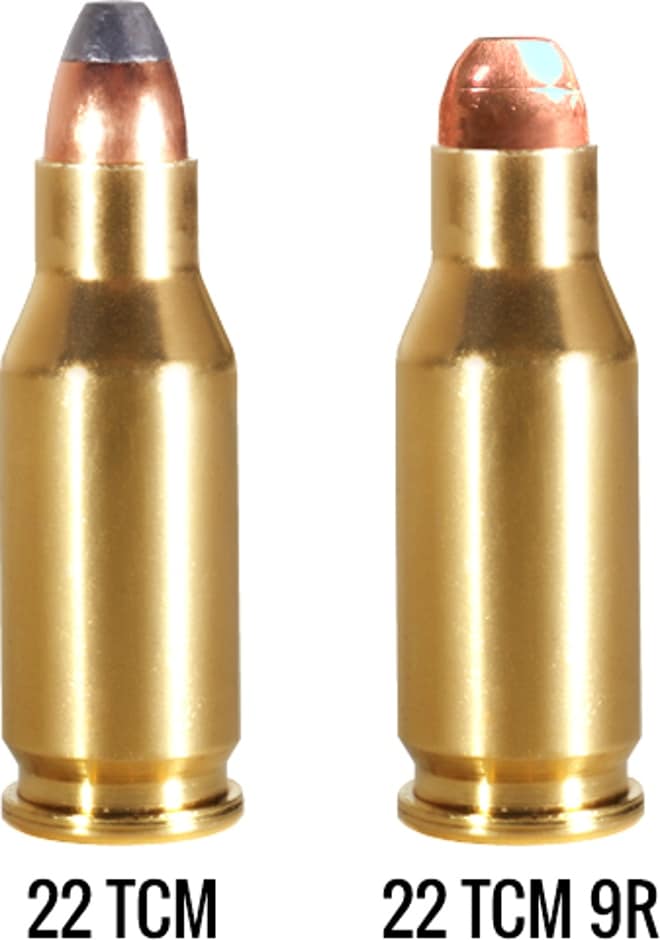 A close-up of the two loads. (Photo: Armscor)

The new bullet is more dome-shaped with an aggressive taper. The load continues to use an open-tip design making it an all-purpose load for plinking, small game hunting and absolute melon obliteration.

Because the only real difference is the bullet, .22 TCM 9R can be used with standard .22 TCM pistols, just not the other way around. The 9R load is capable of producing muzzle velocities in the 1,900- to 2,000-feet per second range, just a hair behind the standard load. They both shoot 40-grain bullets, it’s that the 9R load uses more of the case volume to seat the projectile.

Armscor has been solid when it comes to availability with .22 TCM and we don’t doubt their ability to keep the modified 9R load in stock and at low prices.

“This is an exciting expansion to our wildly popular TCM series,” said Armscor’s Martin Tuason. “Not only can the new TCM 9R be used in any existing TCM platform on the market today, but we will be releasing a series of barrel and slide conversion kits that allow other existing firearms to enjoy the higher velocity of the TCM round.”

Rock Island Armory plans to make a series of .22 TCM 9R conversion kits for popular 9mm pistols. The company has already unveiled their kit for full-size 9mm and .40 S&W Glock pistols and is checking the market before deciding what to develop next. If you would like to join the discussion you can over on their Facebook page.

This is a great way for people to get some range time with .22 TCM without having to buy a dedicated firearm and for less money. Still, once you start shooting .22 TCM, 9R or standard, it’s going to be hard to stop, so buyers be warned. You might end up with a new RIA pistol, too.