Check out this limited run of classic-style 54R Vepr carbines 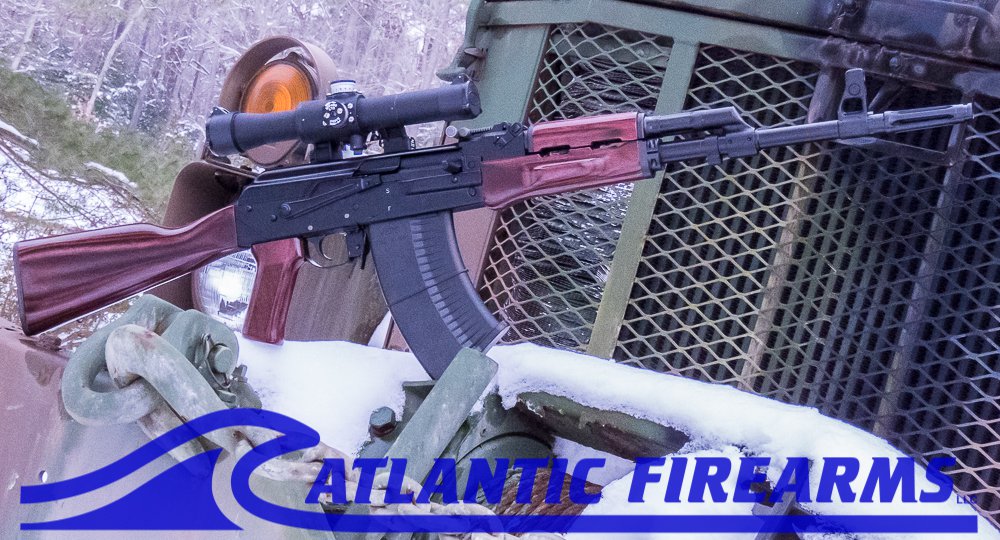 Atlantic Firearms, a big name in the AK business, has managed to get a hold of a run of 7.62x54mmR Vepr rifles that have been modded into classic looking, wood-stocked 16-inch carbines. They have standard AK-style furniture with a deep burgundy finish.

Due to recent restrictions, Vepr rifles are no longer being imported to the U.S., so these are some of the last new Vepr rifles we’ll see for a long while. These rifle has been pretty faithfully converted to the AK style with standard sights, standard gas tube and handguard assembly, checkered pistol grip and tang spacer for the buttstock.

About the only thing that’s not commonly seen on AKs is the SVD-style 7.62×54 flash hider. The flash hider is extremely long and tapered to deal with the extra hot gasses and unspent charge from firing 7.62×54 from a 16-inch barrel. 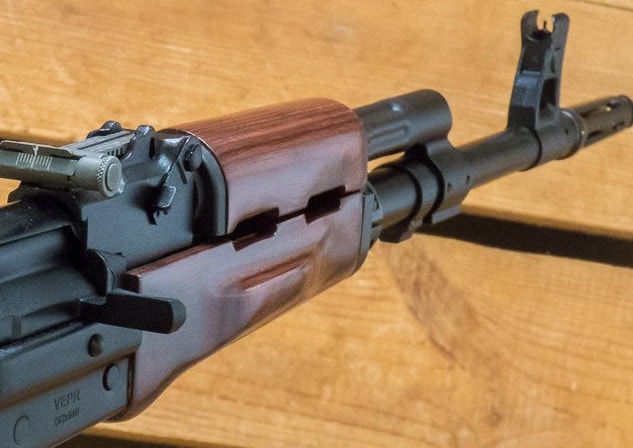 The gun has a standard sight block with sights that are adjustable for windage and elevation. (Photo: A.F.)

Vepr rifles, made by Molot of Russia, have an outstanding reputation for build quality and finish. Prior to the ban their products were sought out as some of the better AKs on the market and that’s true for these carbines as well.

These are hard-use carbines built on RPK light machine gun receivers and use RPK barrel trunnions and heavy profile barrels. The barrels are hammer-forged and chrome lined and the gas block, gas tube and gas piston are also chromed for surface strength and corrosion resistance.

Atlantic’s 54R Vepr carbines are sure to last forever, although they probably won’t be in stock for long. If you’ve been kicking yourself for not picking up a Vepr rifle before the ban then this may be one of the last time you’ll be able to pick one up, new.

And it’s worth mentioning that the AK conversions of these was done beautifully with excellent parts from buttstock to flash hider. With a sticker price of $1,329, these carbines are priced in line with reworked Vepr rifles before the ban was put into place, and could be priced much higher.

These 54R carbines are shown with a scope and 10-round magazines, but it should be noted that they’re actually shipping with no optic and two 5-round mags.

If you love the beefy 7.62x54mmR cartridge but aren’t interested in yet another Mosin rifle then this is sure to catch your eye. But hurry, because you never know how long these carbines will be available.