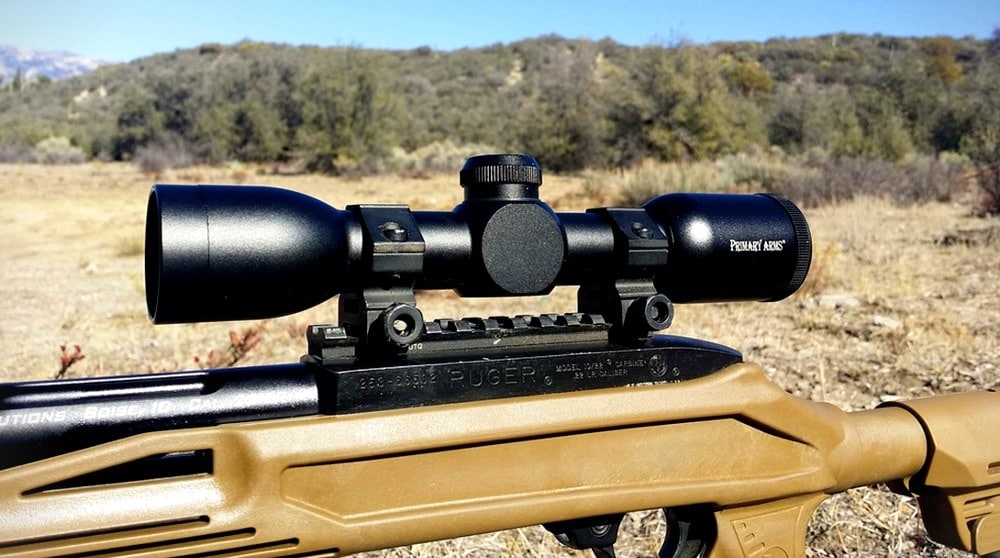 Primary Arms, who offers a wide selection of optics and accessories, is going full “plinking mode” with the new 6x ACSS scope for guns chambered for .22 Long Rifle. This rangefinding optic is scaled for bottles, cans and clays and is designed to maximize fun at the range.

The scope has a fixed 6x magnification which helps keeps weight and cost down. Primary Arms’ in-house brand of optics is very affordable and this new scope is no different priced at $149. That includes a set of bikini covers to protect the glass.

Like most of their scopes, Primary Arms offers discounts on packages for a little extra, including packages with Butler Creek flip-up lens covers for $18. Mounts can be added to the packages and add between $19 and $49 for Primary Arms mounts. Higher-end American Defense Manufacturing mounts start at $119. Primary Arms also sells a wide variety of rings and mounts separately at very reasonable prices. 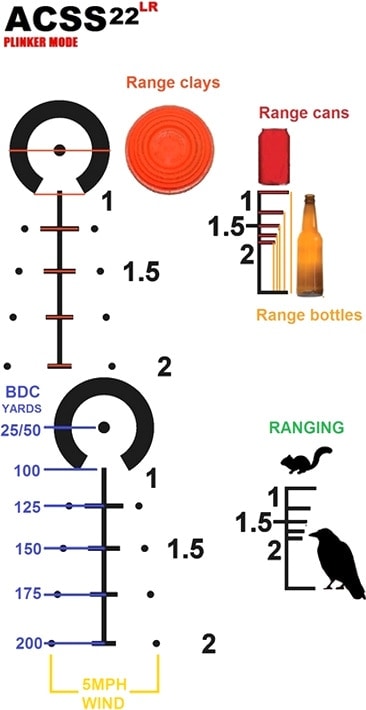 This scope is a great option for people who want to stretch the legs on their rimfire rifles and it’s a great way to put a scope on a rifle that doesn’t include iron sights like so many newer .22s without significantly increasing the cost of the rifle.

That easily translates to small game animal sizes for hunters making this just as flexible as the ACSS reticle is for centerfire rifles. The holdovers are marked out to 200 yards which is a nice, long range for the majority of .22 LR shooters.

The scope is built on a standard 1-inch tube and has an adjustable eyepiece. It measures a hair over 9 inches long and weighs 12 ounces. While it’s not as light as a red dot it’s in-line with other magnified optics out there at only 12 ounces.

The 6x ACSS scope is click-adjustable in .25 MOA increments, is waterproof and fogproof and comes with a 3-year warranty.

Primary Arms is quickly becoming one of the more well-know go-to brands for shooters on a budget. While there are cheaper scopes out there it’s unlikely that they’ll be made up to the build quality and durability Primary Arms’ users have come to expect. If you’re looking to start plinking at longer ranges then you definitely want to put this scope on your short list.