Presidential hopeful Ted Cruz discussed with Guns.com at the National Rifle Association’s annual convention what the role of the Bureau of Alcohol, Tobacco, Firearms and Explosives should be. He didn’t go all “let’s abolish the ATF” like he has with other federal agencies, but his answer did align with a running narrative at the convention and general commentary.

“The ATF should be focused on bad guys, it should be focused on if they’re violent criminals that are illegally getting guns. We should go after them,” he said. “Nobody wants murderers and bank robbers out hurting people, but the ATF should not be targeting law abiding citizens who are not committing violent crimes. That’s the basic distinction and that’s where they’re focus needs to be.”

Texas’s favorite junior senator supported his comments by describing a possible ban on ammunition by the ATF, which was ultimately quashed. In February, the feds proposed changes to how it exempts armor piercing ammunition for sporting purposes. Although federal law prohibiting armor piercing ammo is very narrow, certain types may be banned if a handgun chambered for it is made available. 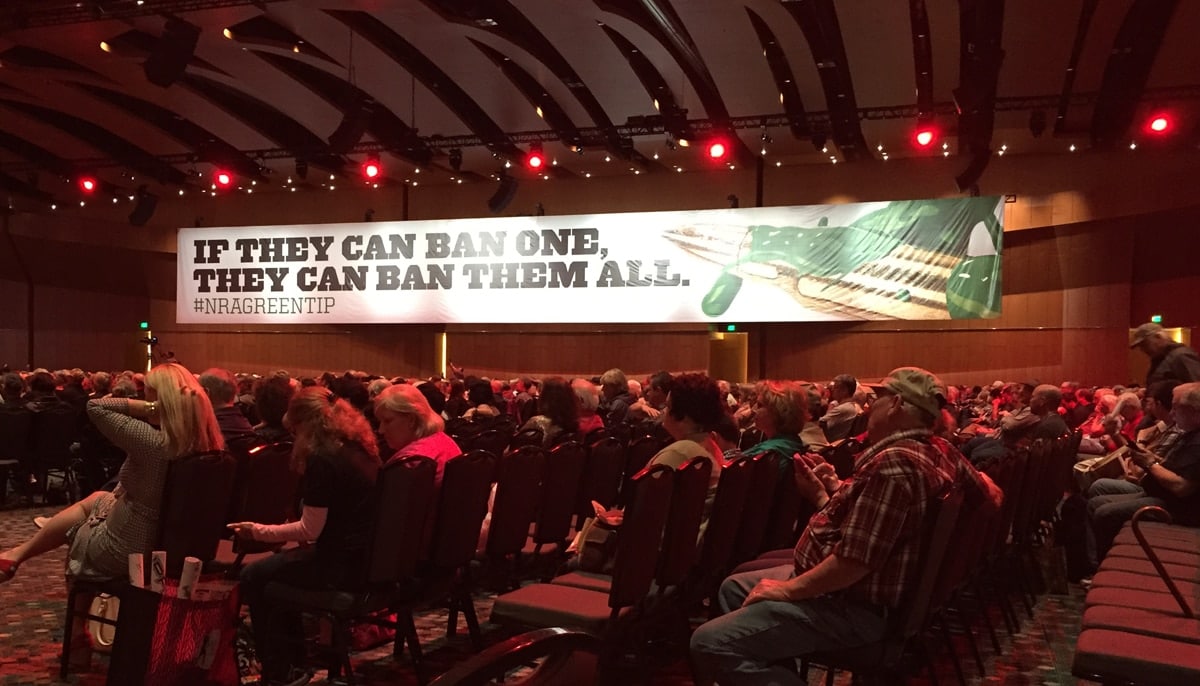 A banner at the 2015 NRA convention that contains an argument often discussed during the show. (Photo: Daniel Terrill)

The ammunition in question was military standard 5.56 rounds, which use bullets constructed partially from steel — a component of armor piercing ammo as defined by law. Since the law was introduced in 1986, numerous pistols chambered for the round have been produced but the ammo was exempted since it’s typically used for recreational shooting.

The ATF pulled its proposal almost a week before the public commenting period for the matter closed, and the agency decided to go back to the drawing board.

“Thankfully the American people spoke up pretty loudly,” Cruz said. “I was proud to join with 51 other senators in writing to the ATF telling them to back off, do not come after the ammunition that’s protected by the Second Amendment, that is integral to exercising our constitutional rights and I think the heat and light both congressional pressure and from the American citizens was so great that the ATF backed off and abandoned their proposed regulation.”