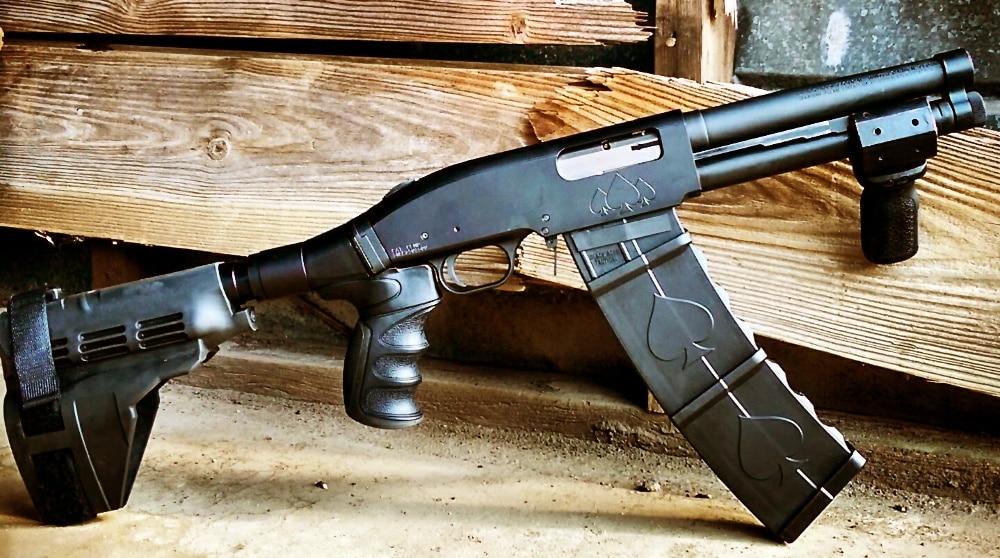 The DT Model exists in a legal bubble – it’s simply a “firearm” according to the ATF. It starts its life as a virgin billet machined receiver and is sold as shown: with an 8.5-inch barrel, SIG SB15 arm brace, Magpul RVG forward grip, 10-round BAT box magazine and optional folding brace extension. The receiver extension brings the overall length up to 27 inches long, critical to its classification as a firearm.

Because the DT model is just a firearm, there’s no need for tax stamps or extended wait times. You can buy these just like you would any other firearm. BAT includes copies of relevant ATF letters that prove its status as a firearm with each DT Model.

“The DT model solves the main issue with all 12-gauge AOW or SBS shotguns,” said BAT CEO Eric Lemoine. “Traditionally, these weapons suffer from both a lack of capacity and excessive reload times. However, the DT enjoys 10 rounds feeding from the stick magazine as well as lightning fast reloads.”

Lemoine said the company does this to eliminate confusion among valued dealers and customers.

“The ATF is very clear about the measurement of the overall length of a weapon, and what’s equally as important is the customer’s understanding of the law and what it means when using this weapon,” Lemoine said. 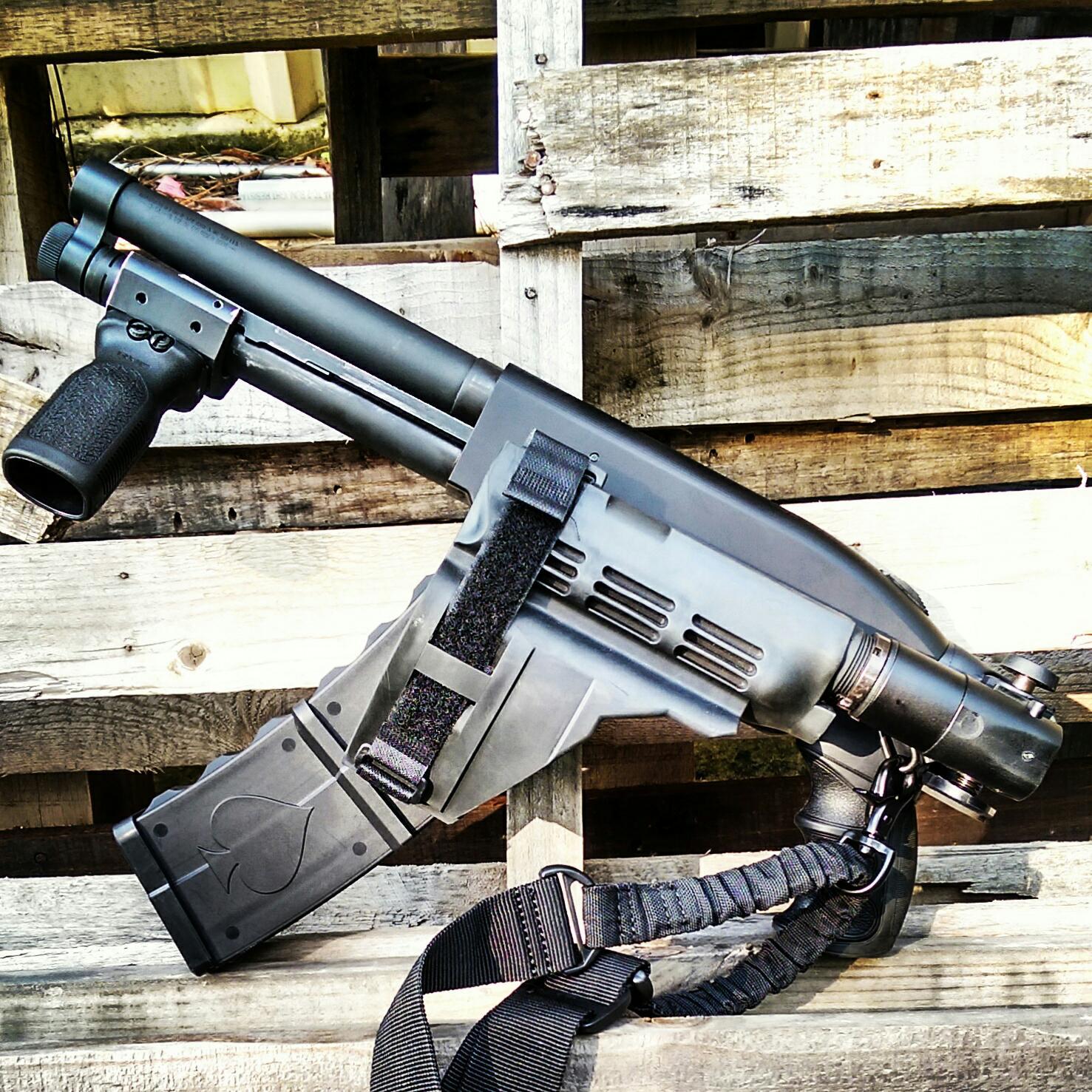 With the arm brace folded the package is even more compact. The folding extension also provides a single-point sling mount. (Photo: BAT)

Every DT Model is built on a precision-machined receiver, not a cut-and-welded receiver for legal and quality purposes. Cut-and-welded receivers lose their classification as shotguns along with any NFA-regulated status but are not guaranteed to be as rigid or reliable due to the destructive nature of their transformation.

A cut-and-welded receiver is made by taking a standard shotgun, stripping it down to the receiver, cutting in half, and then welding them back together. By cutting and welding a receiver, the part is remade into a completely new gun as far as the law is concerned.

The DT Model is offered in two configurations, with and without folding extension. It runs $1,179 without the fixed extension and a little more, $1,299, for the folding model.

Additional BAT mags are very affordable at just $15 each. Black Aces also offers light and compact 5-round magazines and 2-round mags for hunting and carries 12- and 20-round drum Promag magazines.