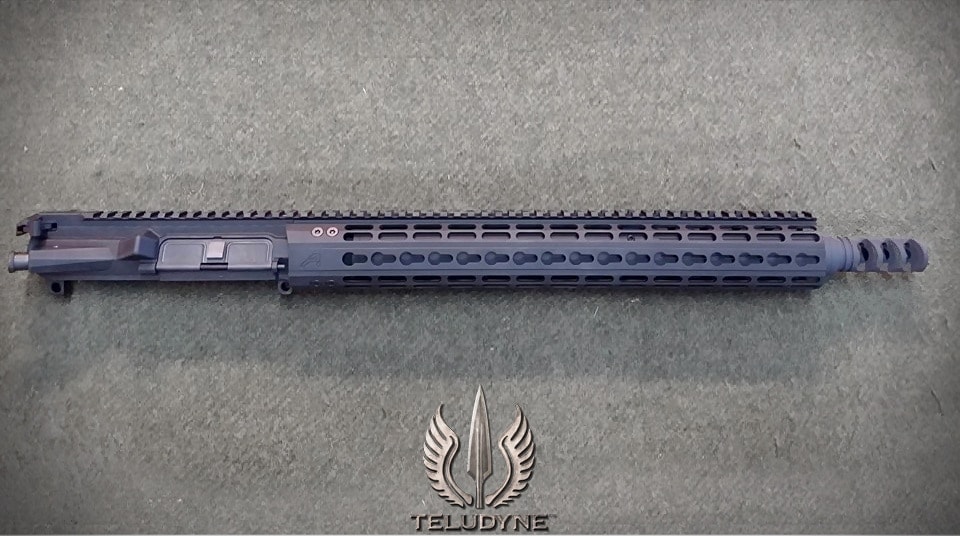 Teludyne Tech has just announced an updated AR-15-pattern complete upper receiver, the Sine Pari II, that uses a composite StraightJacket barrel system for unbeatable accuracy. The Sine Pari II is priced in-line with the company’s existing uppers, with updates that make it even more appealing.

The heart of the Sine Pari series is Teludyne’s StraightJacket system. Teludyne turns down steel barrels and then casts them in a super-rigid proprietary resin inside a light aluminum, stainless steel or titanium sleeve. The bore remains steel — a thin, flexible layer of rifled barrel that won’t crack under the stress of shooting. But the bulk of the barrel is resin, which is harder, lighter and more thermally-conductive than any steel alloy.

StraightJacket barrels have all of the strengths of their composite materials with none of their weaknesses. The end result is a barrel that is capable of shooting sub-MOA groups even when laying down full-auto fire. Shooting from a vice, this upper shot a 4-inch group at 600 yards in full-auto.

The barrels look bulky but are actually fairly lightweight. A complete assembled upper including the bolt carrier group and charging handle weighs only about 5 pounds. The enlarged outer diameter, coupled with the heat transfer properties of the resin, means that the StraightJacket system can channel heat away from the bore and has much more surface area to dissipate that heat.

Staying cool is a huge benefit — as barrels heat up they expand, shifting the point of impact — these barrels stay cooler, longer, with little to no noticeable impact shift.

The new Sine Pari II is built on an enhanced Aero Precision M4E1 upper receiver and matching KeyMod handguard. The long, free-floating handguard runs all the way to the end of the 16-inch StraightJacket-equipped Odin Works stainless steel barrel. Like a lot of new uppers, especially practical shooting uppers, the barrel has a 1-in-8-inch twist and a .223 Wylde chamber for enhanced reliability when shooting both .223 Remington and 5.56 NATO. 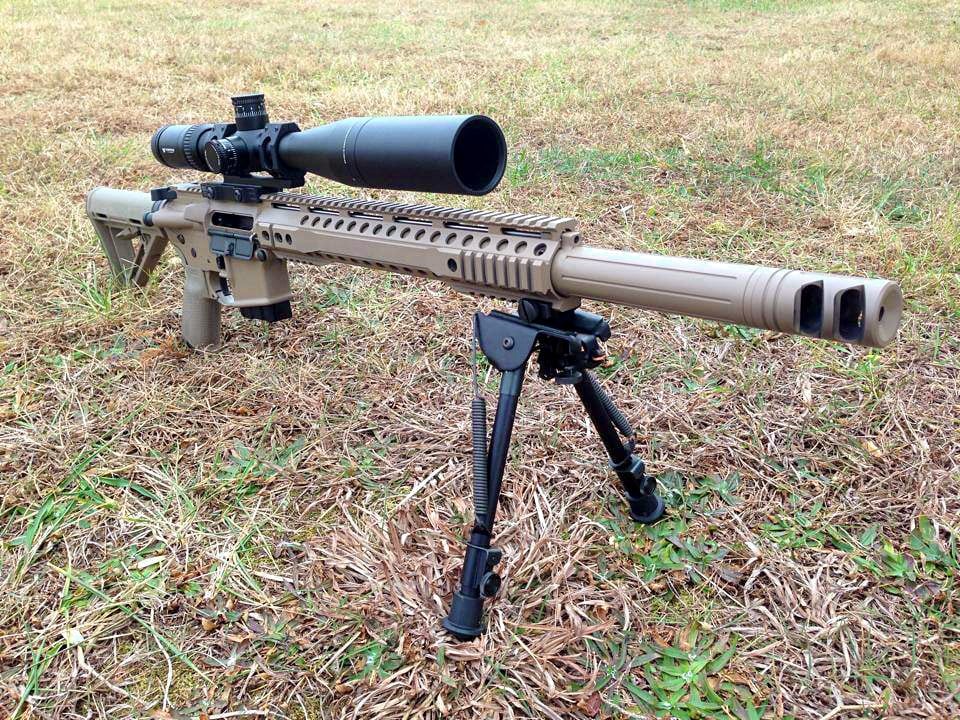 Just about any long gun, rifle or shotgun, can be equipped with a StraightJacket. (Photo: Teludyne)

The upper is designed to crush it at 3-gun matches, which it’s more than capable of doing. And it has a few other competition-minded features that make it stand out, including the adjustable titanium nitride gas block, Melonite nitride bolt carrier group and gas tube and oversized 3-baffle muzzle brake.

Lowers aren’t included which is fine, these uppers aren’t exactly for beginners, and most people getting into the Teludyne game already own an AR or two. Besides, these uppers are begging for custom-built lowers to best suit the individual shooter.

The uppers will work with any standard lowers although it’s safe to say that they’re a good match for Aero’s new second-generation lower receivers. Aero sells them as complete or stripped lowers at reasonable prices.

The Sine Pari II upper is priced at $1,598. While that may seem like quite a bit, you could spend a lot more and still get an upper that runs hotter, weighs more and is less accurate. Teludyne’s StraightJacket system is used by top-flight competitors including Olympians Tracy and Lanny Barnes. The Sine Pari II isn’t listed on the company’s product page just yet, so if you want to order one now contact Teludyne Tech directly.

Of course, if you don’t want or need a complete race upper but like the idea of the composite barrel, Teludyne Tech will install a StraightJacket on just about any gun you can send them. StraightJacket services start at $689.