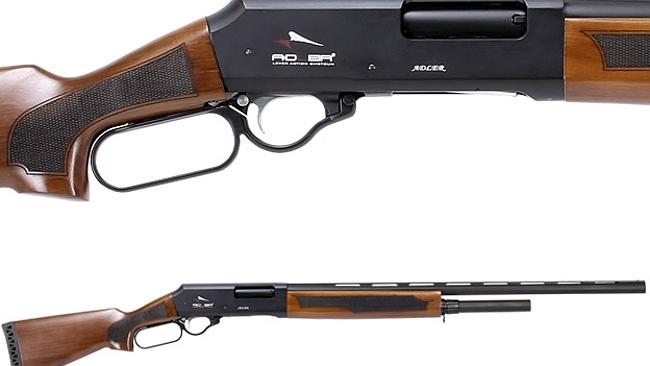 The subject of intense derp in Australia. (Photo: Adler Arms)

Members of the Australian police joined with gun control advocates there to decry the pending importation of a Turkish-made lever-action shotgun.

The gun, the Adler Arms A-110, has a seven-shot under barrel magazine tube and uses a lever-action “cowboy-style” mechanism to cycle shells.

The gun is seen in the (Turkish) video below.

The general design, which dates back to about 1882 (or in Australian terms, back to when Queen Victoria was on the throne), is one of the few type of repeaters allowed in the country since the 1996 gun control act slapped laws an outright ban on most semi-automatic and pump-action rifles and shotguns.

However, some argue that even this 130-year old tech is too much Down Under and Sam Lee, the chair of Gun Control Australia, is seeking to stop the importation of the gun, of which some 5,000 have already been pre-ordered.

“If these firearms fall outside the current category of firearms license then under the law no license holder should be able to purchase this firearm and if they do the purchaser is breaking the law,” Ms. Lee said.

Lee has the support of the Victoria Police Minister who stated that the guns might no longer be appropriate for private ownership.

Meanwhile, another country with Queen Elizabeth on their money, the UK territory of the British Virgin Islands announced this week that residents there are to turn over all flare guns to the police.

Don’t try this in the British Virgin Islands. (Photo: IMFDB)

As reported by the BVI Beacon, not only the common 12 gauge orange marine flare guns but also paintball guns, Tasers and other non-lethal weapons are now prohibited under the recently amended Firearms and Air Guns Act.

Police Commissioner David Morris confirmed that maybe; just maybe, some could be grandfathered, saying, “Persons now in possession of any of the prohibited weapons … are asked to surrender them to the police for safekeeping. Owners can then apply in writing to the commissioner of police for an exemption.”

Now aren’t you glad the Queen isn’t still on the money here?