5 workhorse guns I wouldn't ever want to be without 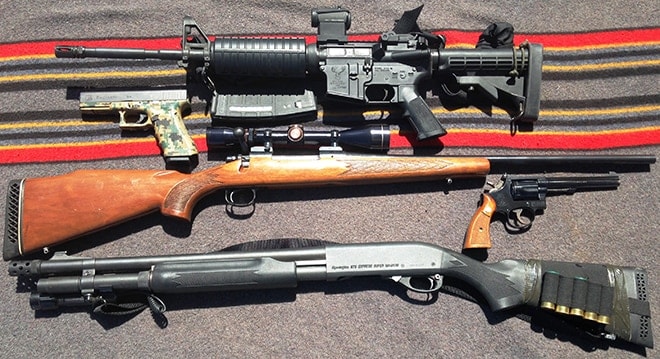 5 guns I can’t do without. (Photo: Eve Flanigan)

Let’s pretend for a moment that the world of well-stocked grocery stores and tax-funded public safety are a thing of the past and you, perhaps with a handful of family and friends, must fend for yourself in an isolated environment. Among the needs for survival are, of course, firearms.

Which would you choose?

The most critical consideration for firearms in our scenario would be reliability… does it go “bang” with every trigger press?  Does it cycle the widest possible spectrum of ammo available in that caliber?  Is it simple to maintain? What ammunition is likely to be found in the area?

It’s a given that one of each major civilian classification of firearms will be needed—a handgun, a rifle, and a shotgun.  Our task here is to pick an ideal group of five, but I’m going to start with my top three: 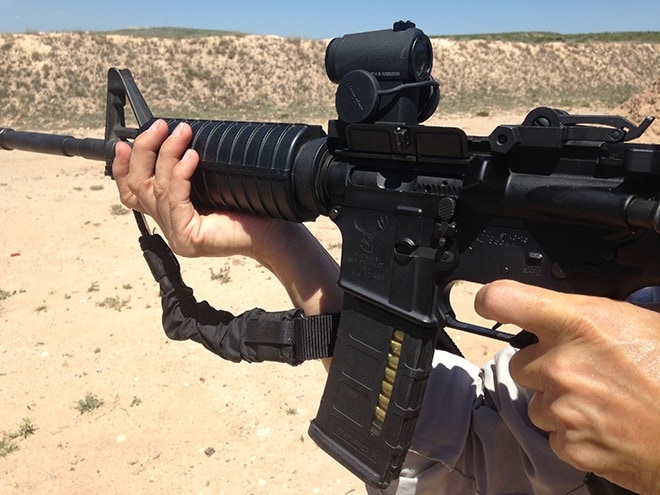 One of my favorite AR carbines. (Photo: Eve Flanigan)

A carbine, with its shorter barrel, offers maximum portability as well as the capability of reaching out to larger game, within limited range, to provide for food.  Larger capacity magazines and quick reloading capability may be necessary to defend against attackers of the two-legged variety.

My choice for a long-term carbine partner is the AR15.  The platform is proven as reliable, and most owners have accumulated a supply of spare parts. Ammunition, as of this writing, is readily available.

The .223/.556 cartridge is admittedly not the greatest in terms of stopping power. Thanks to the other virtues named here, though, it garners top billing on the list. 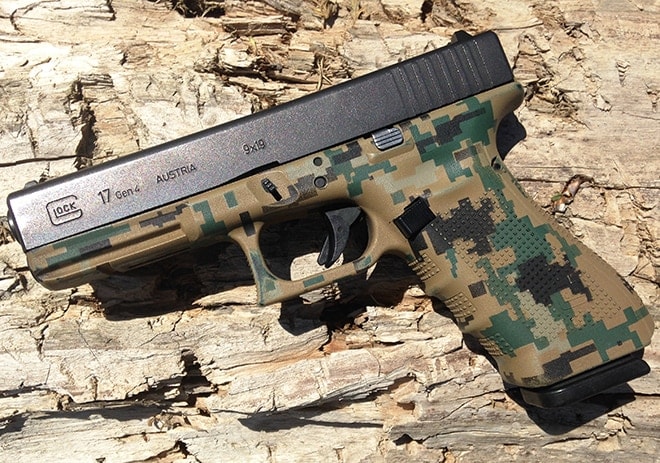 The Glock 17 has a long track record of reliability and the other criteria here.  While a Glock 22 in .40 S&W may offer an even better track record as a police sidearm, 9mm is a commonly available cartridge worldwide, and less pricey. Like the AR15, parts are currently ubiquitous, and many are interchangeable between models/calibers.  Concealability, which may or may not be a consideration in this scenario, isn’t easy with the G17 but doable.

As an aficionado of the 1911, it’s hard to think of turning my back on that old standby. Indeed, I find them to be more accurate. But it falls behind, quickly, where ease of maintenance and magazine capacity are concerned. Newer models are, in my experience, much less reliable than Colt originals. 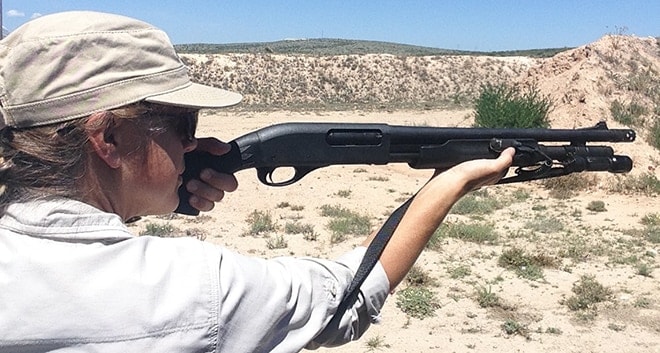 This was the easiest choice. A shotgun in general has nearly endless applications based on the variety of loads available, especially if one has reloading equipment. The Remington 870 pump action, chambered in 12 gauge, has endured as the most reliable.  It’s inexpensive, made for utility, and rugged.  Semi-auto shotguns abound on the market today, but none have the reliability or simplicity of the 870.  The caliber selection is due to the wide range of loads available in 12 gauge.  If there were more skin in the game than just a list article, having multiple Remington 870s would put us in good stead, with flexibility of applications and parts to spare.

The Mossberg 500 was a close runner-up, but the 870 edged it out thanks to personal experience and the references of friends in law enforcement. It’s capable of earning its keep by obtaining large and small game and is an effective defense weapon. Traditional hunting models are probably the most common 870s in civilian homes.  The police model, with its shorter 18-inch barrel and larger magazine capacity, offers more practicality. Either one will serve the owner well, with greater reliability than most semi-auto shotguns.

Fantasize for a moment that there are two other guns at our disposal.  To me, the ideal ones are:

As with the AR-15, the brand and model are less important as there are many choices with legendary track records. It’s comforting to know that, with the assistance of an optic, the little arsenal includes something that can be effective at long distances for most game and any precision shooting needs. The ideal caliber would be .308 or 30-06, both of which are more or less commonly available.

Rate of fire and weight are potential drawbacks with this firearm. In comparison to others here, this platform requires greater knowledge and time investment on the part of the operator to accomplish the long-range feats it’s capable of.  But it’s what I would want for the job. 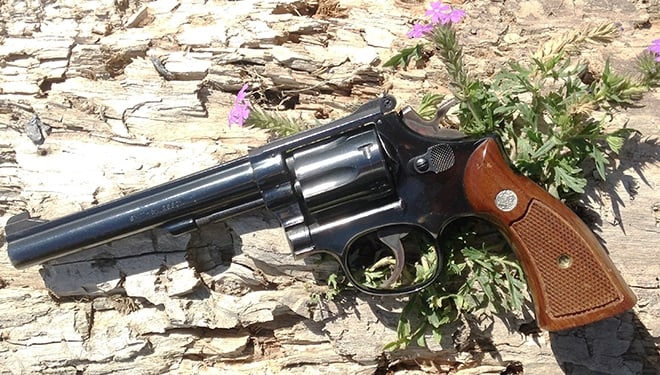 There’ll be plenty of nay-sayers for this cartridge, but the .22 has been a ballistic tool of choice for hunters, assassins, farmers and housewives for over a century. It’s eliminated countless barnyard varmints and more good and bad guys than I care to think about. If we as consumers discount the memory of the days when .22 was three cents per round, the cost and availability factors aren’t necessarily as dire as is bemoaned on online forums and over gun shop countertops.

Notice there’s no make and model named in the subheading—that’s a reflection of how difficult it is to choose among the many candidates. In the end, utility is king.  A semi-automatic rifle or pistol is subject to malfunctions under heavy use due to carbon buildup. A single-shot rifle is dependable, but slow when multiple shots are desired.  The happy medium is best represented by the Smith & Wesson 17 revolver. The six-inch barrel is conducive to accuracy, if concealability isn’t of concern. The choice of double or single action is advantageous for several reasons. Even five hundred rounds of .22 is portable in comparison to other calibers.

Many will likely argue that a .22 rifle is preferable to a revolver.  And I’d not argue back much, especially when discussing a firearm for a beginner to use effectively. In a world where the return on investment of both resources and calories is key, perhaps a .22 should be at the top of this list.

This is obviously one person’s opinion. There are virtually endless choices and considerations—for example, what if the environment was urban or in a foreign country? Put your own version of this TOP 5 in the comments.