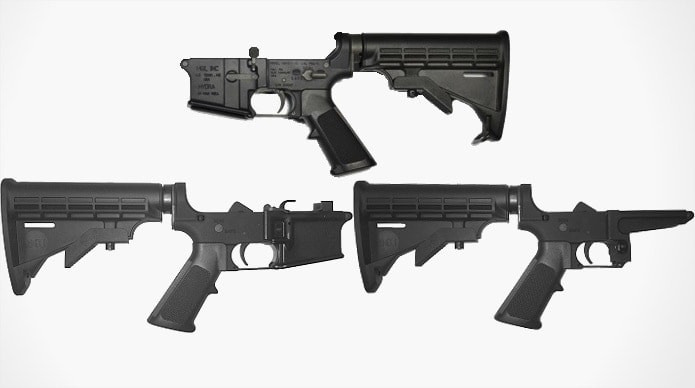 With these lowers it’s possible to build a rifle that can happily go from 5.56 NATO to 7.62x39mm with none of the potential problems using straight-walled AR magazines. It also opens doors to AK shooters who are already magazine-rich interested in getting into the AR game.

With all three magwells and the right complete uppers and bolts one lower could easily host not just 5.56, 7.62×39 and 9mm uppers, but all of the other AR and AK cartridges from 6.8 Remington SPC, 5.45×39 and even the original hybrid cartridge, 6.5 Grendel, all with the magazines intended for the rounds, not modified or altered into something “good enough.” 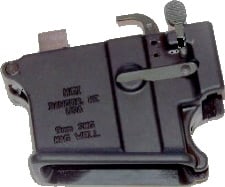 The MGI Modular Lower Receiver is offered in a full spread of configurations from completely stripped, without any magwell assemblies, to assembled lowers, ready to pair with an upper and shoot. These lowers are designed to be used with MGI’s Quick Change Barrel Upper Receiver, or QCB-D, but they’ll work with standard AR-15-pattern uppers as well.

With these options available, shooters can opt for the no-hassle route of getting a complete assembled lower, with an A2-style six-position stock and pistol grip, standard buffer assembly and stock fire control group, or getting a base model to build their own lower with the components they want at a lower starting price point.

MGI’s stripped lowers without a magwell are competitively-priced at $99, although the magwell assemblies are a bit more expensive at $275. Of course, with these you’re paying for the ability to quickly and easily alternate between AR and AK cartridges without having to compromise when it comes to magazine selection, not to mention the engineering behind all that.

Stripped assemblies including the magwells run $374, the same price as buying the components separately, and they’re offered in all three combinations, AR, AK, and Colt 9mm. Complete A2 assemblies are priced at $524, which is a little steep, but again, has the option of swapping magazine standards, which is otherwise unheard of in the AR world.

Naturally MGI still offers their Hydra rifles and Vipera pistols, which not only feature interchangeable magwells but also employ a quick-change barrel system that lets shooters swap upper cartridges in seconds. They also sell complete uppers for people who like the concept but want to customize their lowers and start from scratch.