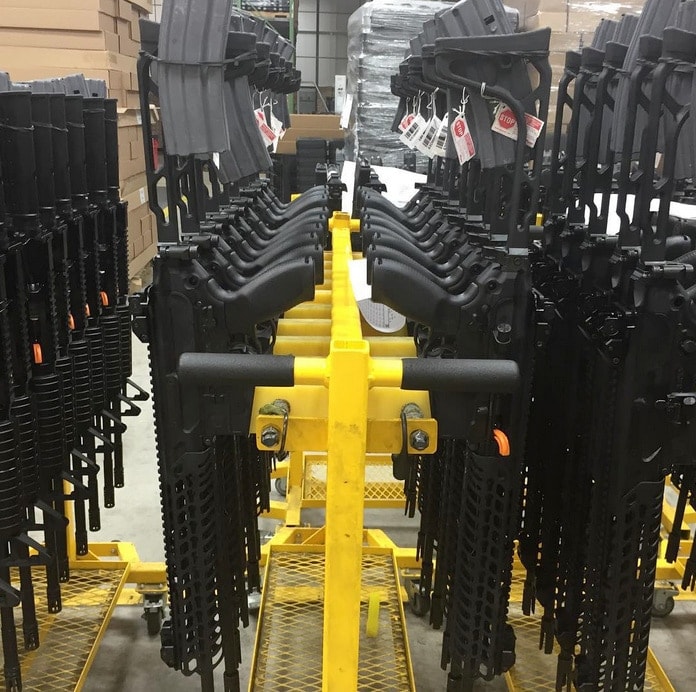 After more than a year of first looks, sneak peeks and teasers, the modular, short-stroke SIG Sauer MCX rifle is now shipping following the earlier pistol and SBR versions earlier this year. The MCX is one of SIG’s newest designs with several ground-breaking features.

The MCX fires from a locked-breech like most intermediate-caliber guns. It uses a gas piston system unlike direct impingement ARs with an innovative self-adjusting gas regulator. The gas block auto-regulates to ensure that enough gas is used to cycle the action without over-gassing the system, even when going from unsuppressed to suppressed fire.

The piston system drives the truncated nickel-boron bolt carrier group. The recoil assembly rides above the bolt carrier that eliminates the need for a buffer assembly, which lets SIG opt for a folding stock in place of a telescopic stock to make it an even more compact package.

The stock and handguard are skeletonized to reduce weight. Even with the gas piston system the base carbine weighs only 6 pounds unloaded. Other stocks will be offered down the line including a personal defense weapon-style telescoping stock and an AR-15-compatible tube mount. 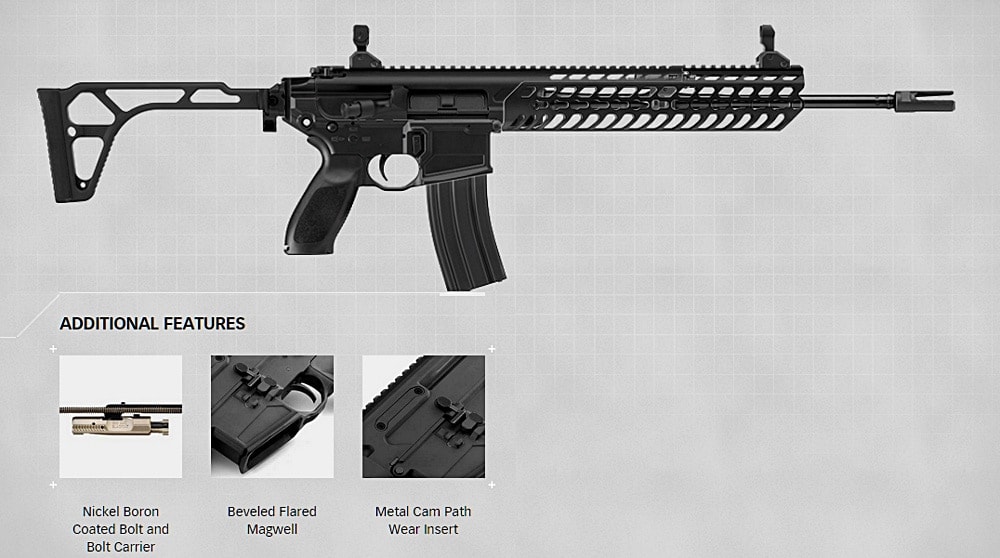 The handguard sports KeyMod slots for accessories and has a standard full-length flattop rail for sights, lights and pointers and has a pair of quick-detach sling points up front. The MCX also has a pair of sling sockets at the back of the lower receiver to give shooters left- and right-handed carry options.

Some of the MCX components are based directly on the AR-15 including the fire control group, which can be easily upgraded with common aftermarket triggers. Additionally the pistol grip, selector and mag release are all based on AR parts with ambidextrous controls standard.

The MCX uses a modular barrel assembly which can be swapped out for quick caliber conversions. Right now the MCX is shipping in 5.56 NATO with .300 AAC Blackout and 7.62x39mm parts in the works. The MCX naturally uses standard AR-15 magazines and ships with an aluminum 30-round mag where available. It also comes with a set of backup iron sights, an increasingly uncommon inclusion.