The Spookiest story in Vietnam: The AC-47 gunship (12 PHOTOS) 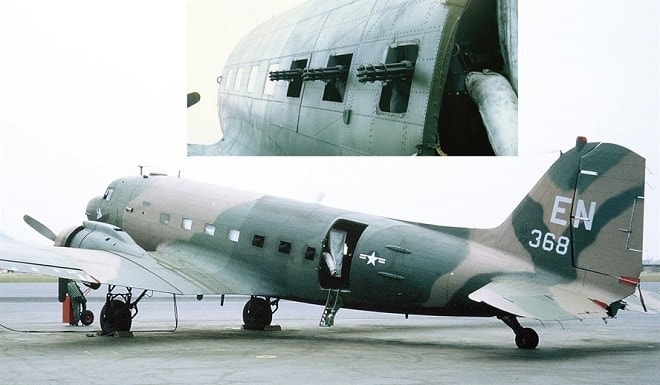 The AC-47 gunship, commonly referred to as Spooky, packed a trio of miniguns in the cargo hold of a WWII transport and could churn out 6,000 rounds per minute, with spent brass streaming out the white chutes.

Known variously as Puff the Magic Dragon, Dragonships or just Spooky, the AC-47 gunship, with its broadside battery of GE miniguns, was a sight to behold.

In 1965 with the grunts on the ground needing as much persistent close in air support as could be spared, the Air Force went about converting a handful of World War II-era C-47 transports into lead slinging death dealers by attaching a number of General Electric GAU-2/M134 miniguns arranged to fire through the left-hand side of the plane at a target below.

By going into a pylon turn, which pointed the wingtip towards the target, the crew could circle a kill zone below while its three miniguns zipped 2,000 rounds per minute of 7.62 mm NATO (each) into the hapless enemy contact.

To maximize effectiveness and minimize risk to the gunships, they typically flew at night with call signs Spooky and Puff, each for obvious reasons. Only about 50 aircraft were converted and a dozen of these, as a testament to their hard use, were lost in combat. The rest were largely turned over to the Royal Laotian and South Vietnamese Air Forces, replaced in U.S. service by the much larger and even scarier AC-130 which is still in use today, though much upgraded.

It was said that no village or hamlet under Spooky’s protection was ever lost to the enemy.

The National Museum of the Air Force has an extensive photo collection, where most of the below are drawn from, and a mockup of an AC-47 Spooky gunship, 43-49010, shown in the last four images, is on display at the Air Force Armament Museum in Florida. 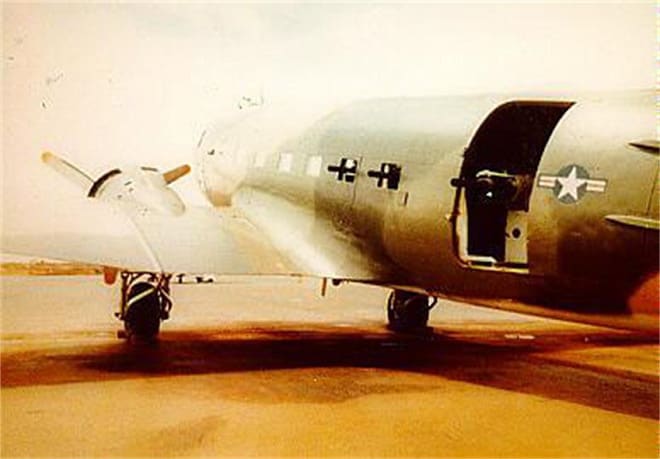 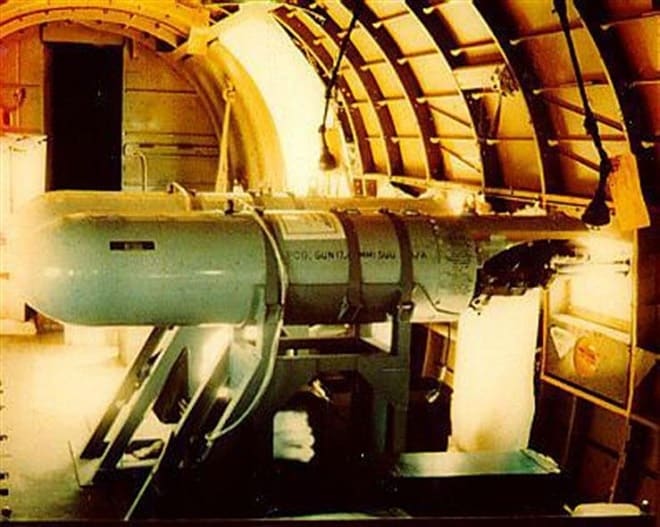 The inside view of the guns. Support missions where an excess of 20,000 rounds were fired in a sortie were a reality 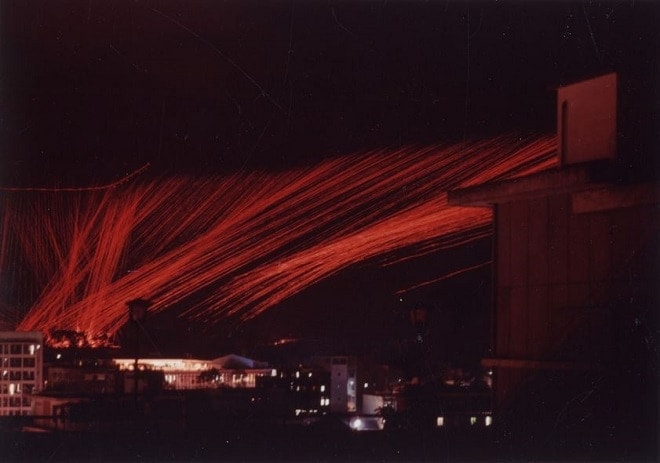 Time lapse photograph of an AC-47 helping defend Tan Son Nhut Air Base during the enemy Tet Offensive in 1968. 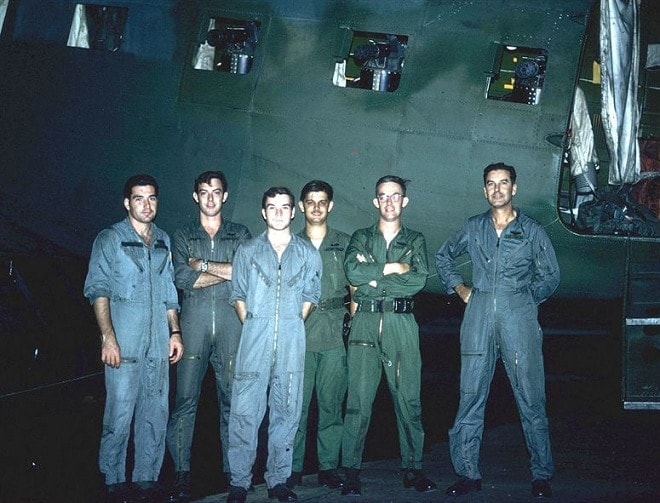 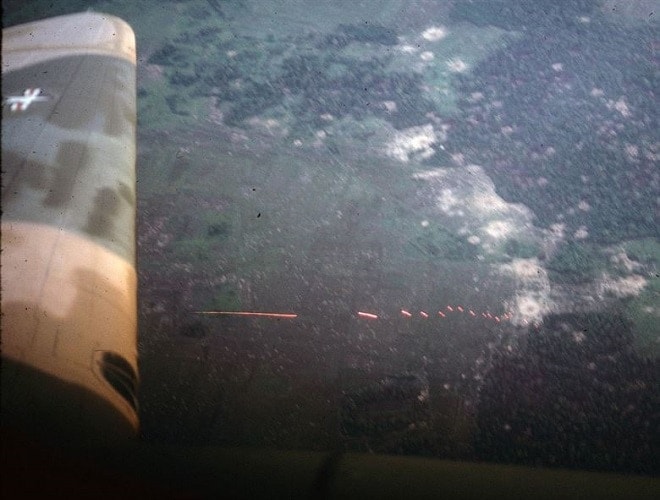 AC-47 firing one gun during a rare daylight mission. Typically, every fifth round was a tracer — what is not seen are the four rounds between each red streak. 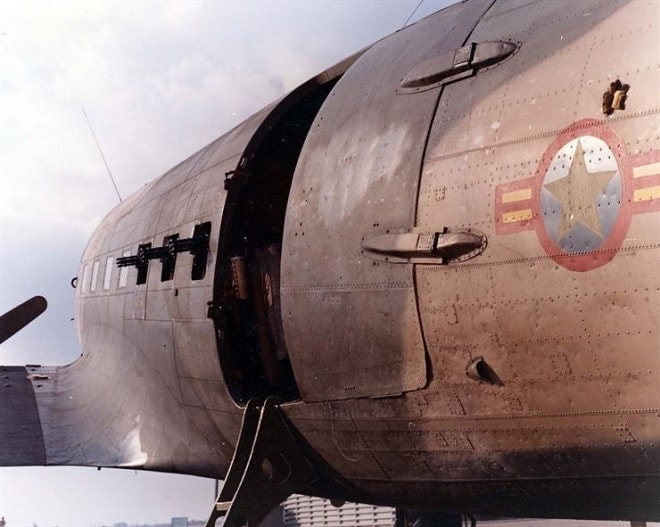 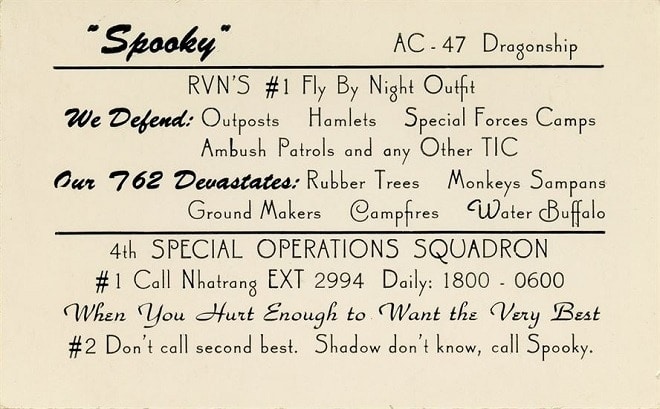 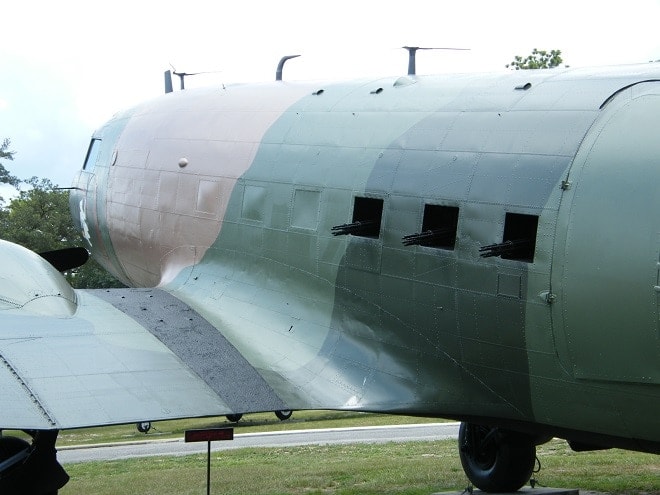 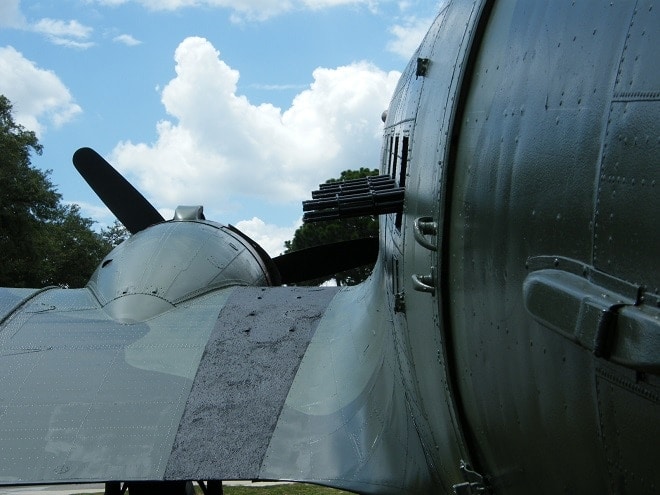 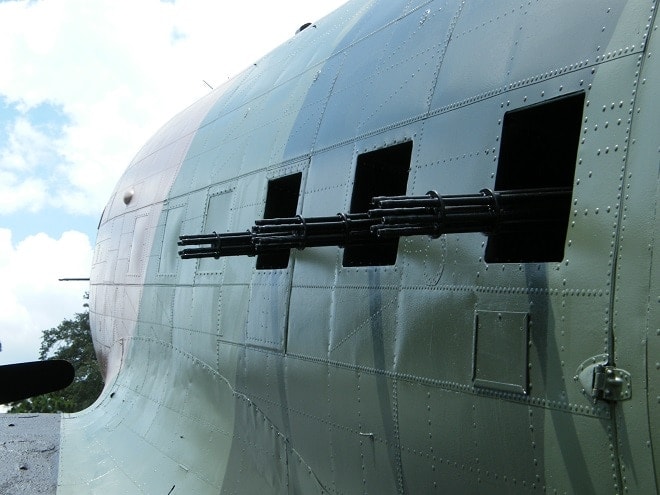 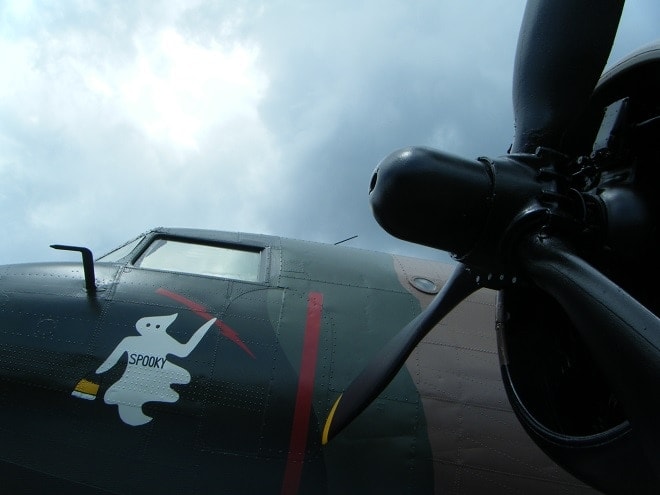 [ National Museum of the Air Force ]