Campaign finance complaint against the NRA to be investigated 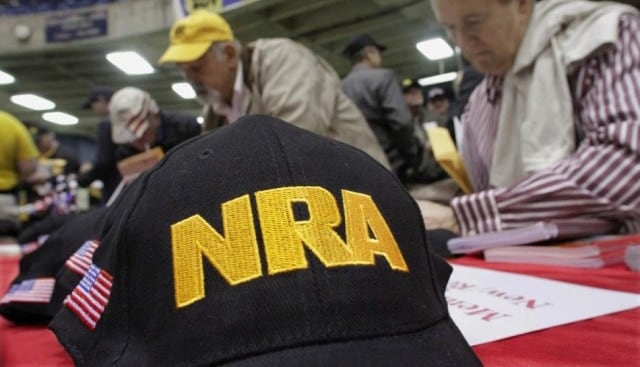 The Connecticut Elections Enforcement Commission on Tuesday said it would look into claims made against the National Rifle Association that the gun lobby group violated state campaign finance rules.

Filed last month by gun control advocates, including researchers at Brown University and individuals with connections to Sandy Hook Elementary School in Newtown, the complaint alleges the NRA funneled thousands of dollars from national to state political action committees between 2003 and 2006 in support of Democratic Gov. Dannel Malloy’s Republican rival, Thomas Foley.

One of the complainants, Carlos Soto, lost his sister, Victoria, a teacher, to the carnage wrought during the 2012 school shooing, when 20 first-graders and five other faculty members were killed.

“We are grateful that the SEEC has decided to open up this investigation into the campaign finance shell game the NRA has been playing in Connecticut,” the activists who brought the complaint said in a joint statement. “There is so much at stake when it comes to ending gun violence, and the NRA has to be held accountable to state ethics and transparency laws when it tries to buy influence with state politicians and attack those who support common-sense gun laws.”

An NRA spokesman last month told Guns.com the complainants were confused, anti-gun advocates with an agenda and reinforced the gun lobby group’s position its PAC, the NRA Political Victory Fund, did not illegally funnel campaign contributions to its state counterpart.

Sam Bell, who also signed on to the complaint against the NRA, served as the state coordinator for the Rhode Island Progressive Democrats. In 2013, he started investigating the NRA’s spending practices on campaigns in his state. The following year, Bell filed a complaint with the Rhode Island Board of Elections against the NRA, who was issued a $63,000 fine for failing to disclose the names of its donors.

This is one of many campaign finance allegations brought against the NRA. Though it claims no wrongdoing in Connecticut, the gun rights group in April admitted it made a mistake in 2014 by accidentally funneling online donations meant for the NRA’s Institute for Legislative Action to the NRA’s Political Victory Fund because of a coding error.

Despite what may seem like minor legal setbacks, the gun lobby group is amassing a war chest to affect upcoming elections, having set its sights on the races for president, U.S. Senate and the Supreme Court.

“We face a double-barreled threat like we never have before,” Executive Vice President Wayne LaPierre told his board of directors last week after several days of committee meetings.

The next president will shape national policy in the White House and the makeup of the Supreme Court, which in 2008 by a narrow 5-4 vote decided the Second Amendment was an individual right of American citizens.

The NRA’s executive director, Chris Cox, told his directors that on the bench sit “three justices over 80, including two from the Heller majority.”

Banking on those judges dying or retiring during a first or second Republican presidential term, the NRA seeks to clench a conservative majority in the Supreme Court, which could mean a win for Second Amendment cases that make it to the highest court in the United States.

The NRA intends to raise upwards of $75 million to make that happen.

“All the freedoms we have are interconnected and depend on each other,” LaPierre said.