Can Cannon classified as NFA-regulated 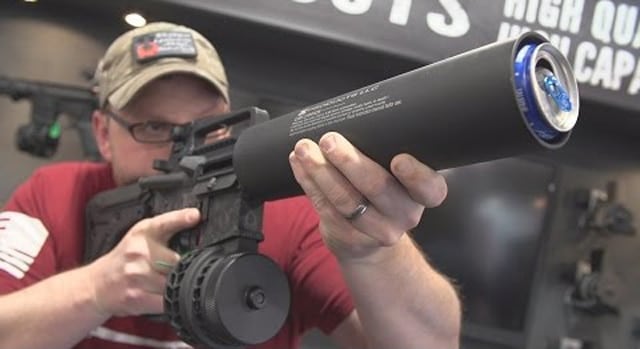 The Can Cannon loaded with what looks like an empty Sprite can on display at a January 2015 trade show in Las Vegas. (Photo: IraqVeteran8888)

The Can Cannon by X Products has been classified by federal regulators as a prohibited item under federal law when paired with a rifle or pistol lower, the company announced Monday.

“[T]he Can Cannon as currently produced is in and of itself not a firearm and not controlled, however when placed on a rifle receiver is considered a (SBR) short barrel rifle, and when placed on a pistol (AOW) Any Other Weapon,” the company informed its customers on what the Bureau of Alcohol Tobacco Firearms and Explosives determined.

X Products said it is working on a solution to alter the design so that it remains unregulated under the National Firearm Act. The Oregon company has updated its product page to reflect the current classification. 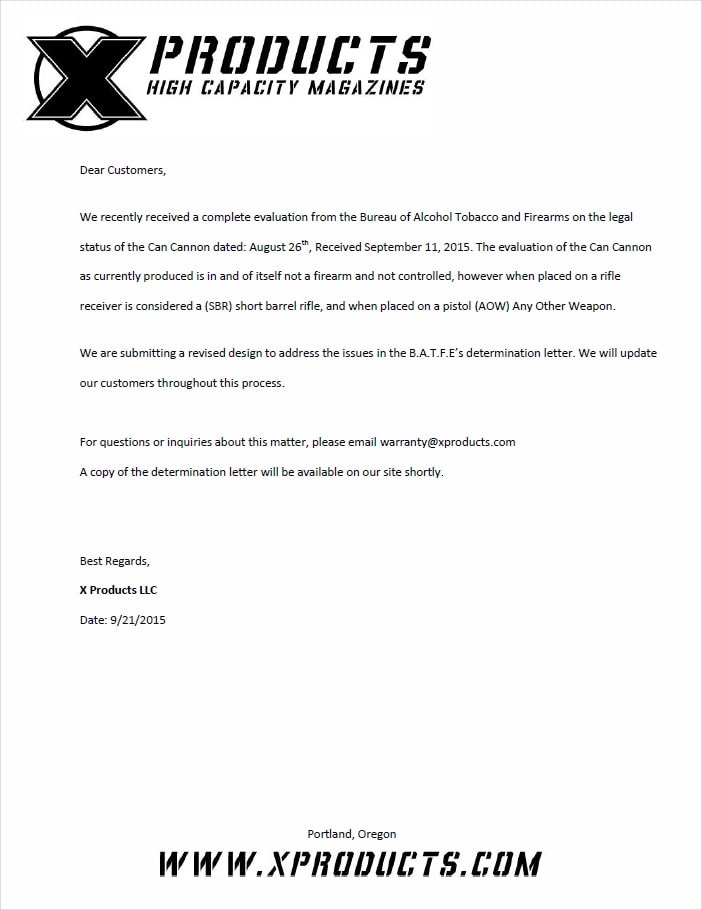 X Products — and by extension Can Cannon owners — will have to wait up to 120 days for a resolution. If the alteration or alterations are accepted X Products will service existing Can Cannons for $20 and issue each customer a $20 credit for blank rounds.

The Can Cannon, launched last year, uses .223 Remington/5.56 NATO rifle blanks to launch standard soda cans into the air. These flying drinks can be used as shotgun targets or just fired for distance. The Can Cannon also does wonders with tennis balls.

Priced at $399 it’s a moderately affordable range toy, but with tax stamps and other regulations attached, loses a lot of appeal.

X Products could not be reached in time for publication.