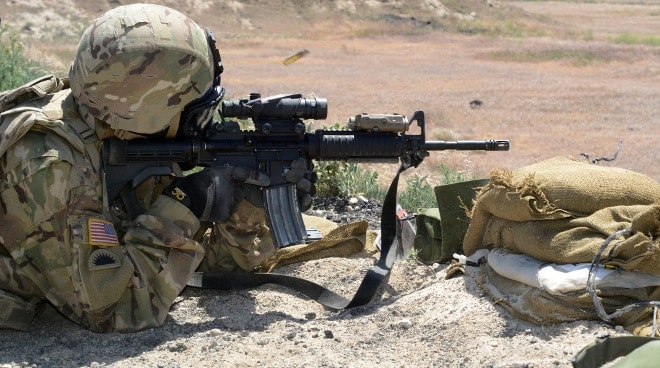 Colt Defense and FN America have been awarded a joint long-term contract to supply the U.S. military with new M4 and M4A1 carbines with an estimated completion date late September 2020. The contract is worth $212 million.

It’s a firm-fixed-price contract between Colt, FN and the Army Contracting Command at the Picatinny Arsenal. The contract comes at a great time for Colt, which recently filed for Chapter 11 bankruptcy protection to resolve its roughly $250 million of debt.

Details about the bids are limited. The most recent M4 contract, awarded to FN exclusively in 2013, was for $77 million with an order for 120,000 rifles. These guns are to replace aging and used rifles that have seen a lot of use.

This doesn’t mark the end of all of Colt’s financial problems. The contract won’t necessarily be split evenly between the two manufacturers, and it’s up to the military to decide which company receives which orders and for how much.

FN is a major supplier of small arms to the military and in addition to this carbine contract and the previous one, the company also recently landed an $84 million contract to supply the Army with M240 machine guns.

This also means that the M4 platform isn’t going anywhere for the foreseeable future. While the the military has considered replacing the M4 design with something newer, attempts to phase out the M4 have been halted in favor of improving on the existing pattern through the Product Improvement Program and M4A1-Plus program.

The Product Improvement Program converts existing M4 carbines to M4A1 carbines with improved fire control groups with full-auto triggers instead of burst fire and heavy barrels that can shoot longer strings of fire accurately. The M4A1-Plus program is seeking out other upgrades including those developed for the consumer market that could make the M4 and those that carry it more effective for the years to come.