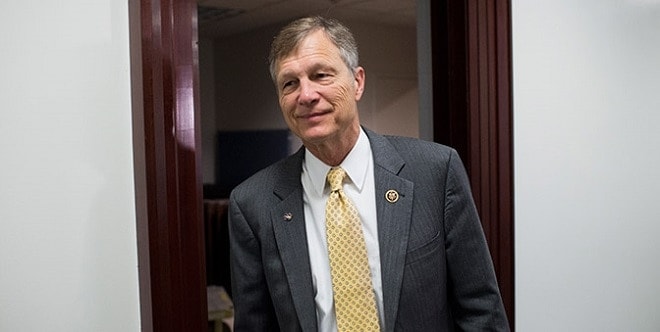 A Republican-backed bill with the strong support of gun rights groups aims to speed up how the Bureau of Alcohol, Tobacco, Firearms, and Explosives approves the next crop of alternative ammunition types.

The measure, introduced Thursday by U.S. Rep. Brian Babin, R-Texas, with 16 GOP co-sponsors, would require the agency rule on proposed waiver applications to armor-piercing bullet regulations within 60 days or they would be automatically granted.

“Over the past three and a half years, the ATF has failed to respond in a reasonable and timely manner to requests from ammunition manufacturers who are seeking waivers to produce alternative rifle ammunition for the hunting market made with brass instead of lead or copper,” Babin said in a statement.

Babin’s legislation, the Alternative Ammunition Manufacturing Act, was filed as H.R. 3802 last week. Under its guidelines, the agency would have to provide a ruling, within 60 days, of an application to exempt a projectile from classification as armor piercing ammunition.

Current federal laws have restrictions on commercial sporting ammunition that use a projectile made entirely of combination of tungsten alloys, steel, iron, brass, bronze, beryllium copper or depleted uranium, deeming such to be made of armor-defeating metals. Although an exemption process is in place, the ATF has the discretion to allow denying it.

Notable exceptions that have been approved were SS109 and M855 “green tip” cartridges in 1986 and .30-06 M2AP loads in 1992, although the continued allowance for green tip was the subject of much recent debate.

Industry trade groups argue the measure is needed to respond to a growing push by states to adopt lead-free ammunition over environmental concerns, making legacy ammo illegal to use in some instances.

“This legislation will allow ammunition manufacturers to more quickly bring to market alternative hunting ammunition products to serve consumers in markets like California where traditional ammunition is banded for hunting and for those hunters who prefer to use alternative products,” said Lawrence Keane, senior vice president, and general counsel of the National Shootings Sports Foundation.

The measure also has the support of large gun rights groups to include Gun Owners of America and the National Rifle Association.

“If the Obama Administration wants these companies to use alternative materials when producing ammunition then they have to tell them what those materials are,” said NRA Institute for Legislative Action Executive Director Chris Cox in a statement. “It shouldn’t be a secret.”

The measure has been referred to the House Committee on the Judiciary.