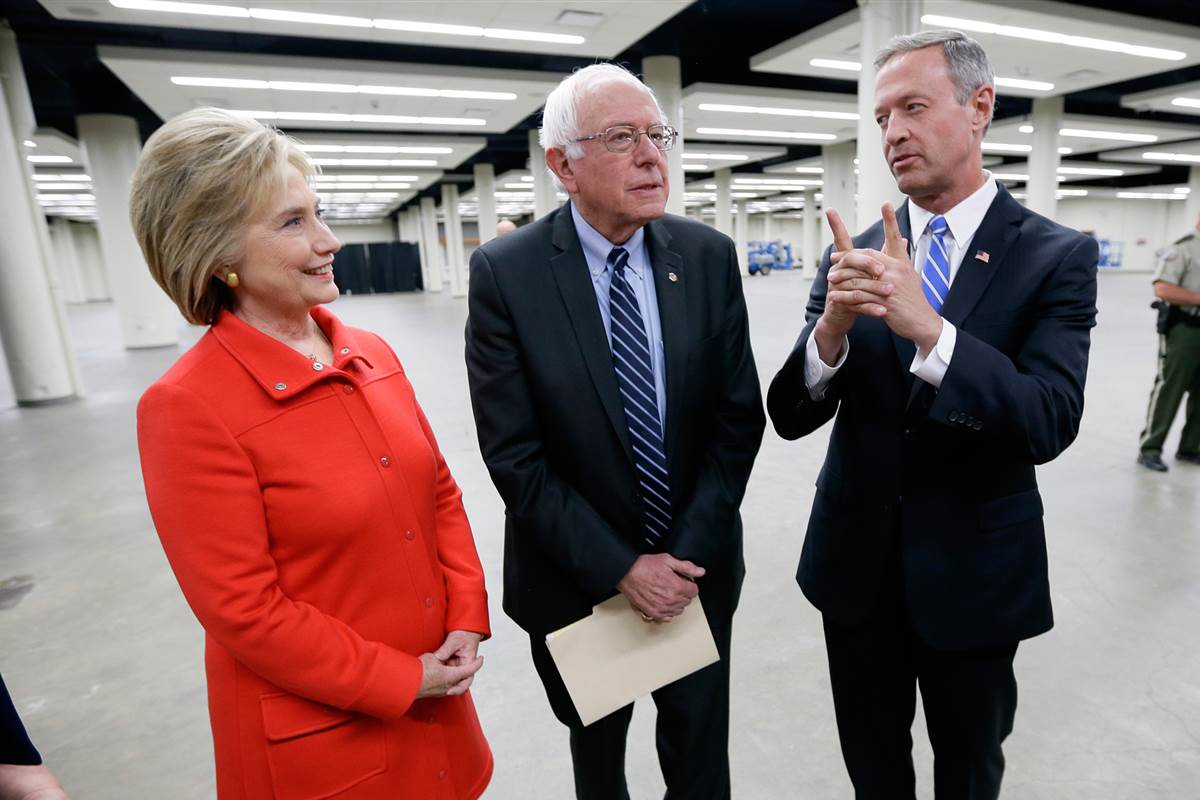 Presidential candidate Martin O’Malley’s campaign on Wednesday published a YouTube video attacking Democratic frontrunner Hillary Clinton for taking the same stance on gun control as one of their Republican rivals.

The video opens with the statistic that 88 to 92 Americans are killed by gun violence on average each day, then criticizes  Hillary Clinton for her attack on Republicans who she said were “making excuses on guns.”

Clinton’s ad admonished Jeb Bush for telling a group of people at Miami’s La Progressiva Presbyterian Church in September that the federal government shouldn’t be involved in gun laws.

“For the federal government to be having any kind of blanket rules they’re going to try to impose, I think doesn’t make sense,” Clinton said during her 2008 bid for president, the moderator then saying she was for it when she ran for the New York Senate.

O’Malley’s ad then presents him as “a candidate who will stand up to the NRA. … not follow polls.” The video then cuts to a clip of O’Malley delivering a speech at the June U.S. Conference of Mayors in San Francisco.

“A single life in America is worth more than all the guns in the United States. How many senseless acts of violence do we have to endure as a people before we stand up to the congressional lobbyists of the National Rifle Association? How many more Americans have to die?” O’Malley said,  followed by digitally added audio of a screaming audience, which was unnecessary considering the presidential candidate received a sizable applause from the crowd in attendance.