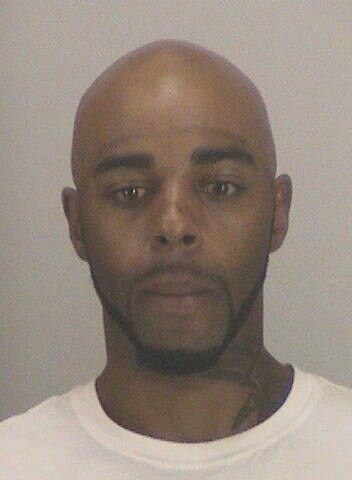 A booking photo of James Morales from 2013.

A homeless man collecting bottles and cans in a Bronx park found several guns that had been stolen from an Army facility in Massachusetts, police said Sunday.

The 51-year-old man, who has not been identified, found the weapons inside a trash bag in Mullaly Park, which is across the street from Yankee Stadium, on Nov. 11, according to news reports.

The bag contained three guns — an M4 carbine and two Sig Sauer M11 pistols — but a total of 16 guns were stolen from the Lincoln Stoddard Center Armory in Worchester, Massachusetts.

News of the heist broke on Nov. 16 and several law enforcement agencies including the Federal Bureau of Investigation began looking into the case.

James Morales, 34, a former Army reservist, was arrested on Nov. 19 in connection with the theft. Surveillance video shows Morales leaving the armory with duffel bags and placing them in a black car, according to an FBI affidavit.

According to court documents, Morales entered the facility through the kitchen window early in the morning on Nov. 15 and then gained access to the weapons vault by cutting through the vault’s ceiling with a power saw and pry bar.

The feds also say Morales was on electronic monitoring for charges of child rape and indecent assault in May.

Each charge provides a sentence of no greater than 10 years in prison, three years of supervised release and a fine of $250,000.