Authorities slow the flow of guns into Baltimore 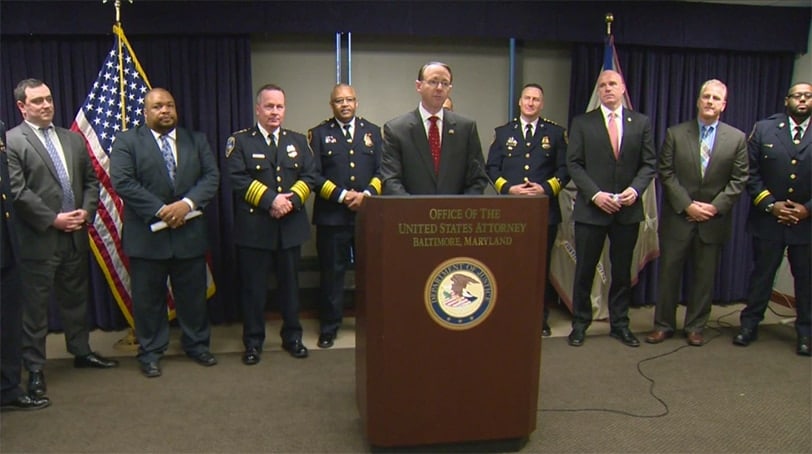 Authorities announce suspects in gun smuggling ring from Tennessee to Baltimore have been arrested. (Photo: WBAL)

A smuggling ring responsible for bringing almost 400 firearms into Baltimore this year alone was brought down, officials announced Tuesday.

U.S. Attorney Rod Rosenstein said the criminal network that was bringing in some 30 guns per week from Tennessee “has been put out of business and several suspects who were involved in smuggling guns to Baltimore are in custody.”

Authorities said it was due the work of federal and local undercover agents and investigators that cut the flow of illegal weapons through the pipeline. Seven suspects from the Baltimore area are now in custody, local media reported.

Five suspects were indicted in June on similar charges for bringing illegal guns into Baltimore.

Gun rights groups blame the city’s tough firearms regulations for the flow of guns into its city limits, but gun control groups say it’s the states with lax gun laws that are the problem.